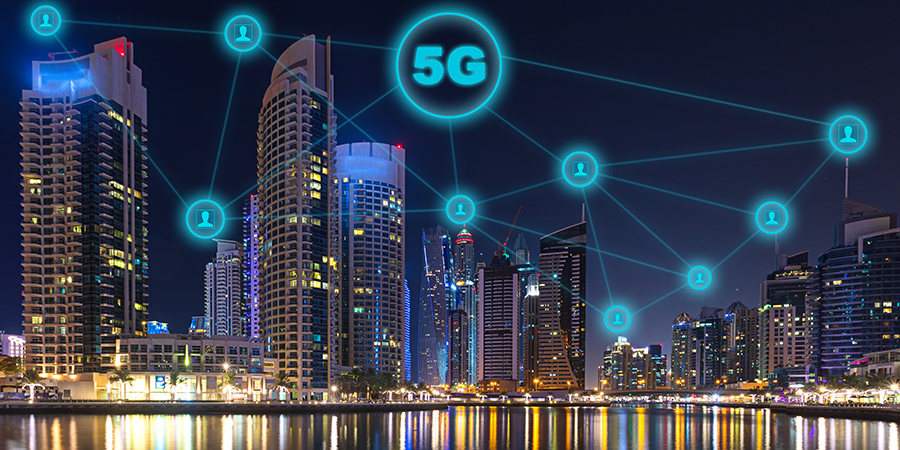 Many cities, all over the world, are working towards becoming ‘smart’. The use of data, AI-powered cameras, IoT-powered technologies, smart management systems, connected devices and even smart street infrastructure are all being developed and deployed to improve services and the quality of life for residents through automation and data analytics.

The smart city brings with it the promise of delivering notable advances, ensuring less congestion on the roads and greater safety, enabling faster and more advanced healthcare, as well as effective health and safety inspections through the use of predictive analysis, and the list goes on.

For the majority of these cities however, the smart city initiatives are there, but they mainly tend to be one-off projects that contribute towards a potential future fully integrated smart city. Comprehensive smart city efforts need to be made in order to properly reap the rewards that data and analytics can offer to governments.

Many would agree that we aren’t quite there yet when it comes to fully fledged smart cities and it has been speculated that 5G will change this. However, it is also of the essence to consider that there is no agreed definition of what a smart city is. Broadly speaking and on a very basic level, smart cities refer to cities which use technology, namely emerging tech, to improve and enhance the lives of its citizens.

It could be argued that the more industries these technologies cover, the smarter the city actually is. However, another important aspect to consider when using the ‘smart city’ label would be the impact of digital transformation and technology on all aspects of a citizen’s everyday life such as the overall physical environment, institutions, society itself and the economic infrastructure of that given city.

This brings to question: do smart cities really need and depend on 5G?

What will 5G mean for smart cities?

This can be particularly challenging if resources are not properly utilized. In general, managing the resources and operations of large cities has proven difficult so the most efficient and economical way to manage them is through automation and connected devices, which will essentially set the benchmark to label cities as ‘smart’.

5G offers improved connectivity and will offer a great deal more than 4G in terms of speed and latency, which will essentially change the landscape of the service industry and ‘smart cities’ as we know them today. The long-awaited next generation technology will enable an entirely new range of services and platforms that will turn science fiction into a reality. 5G brings with it endless possibilities.

A smart city is a city that reacts to the world around it by collecting information and turning it into useful data to be applied to the sensors on the roads, in vehicles, buildings and the list goes on. It will be an interconnected city and 5G is a key ingredient to ensure the utmost interconnectivity, at the fastest possible speed.

Transport is an important factor to look at in the case of smart cities, because what is a smart city without connected or autonomous cars? Or a state-of-the-art public transport system in place?

Commuting could often be one of the ultimate causes for stress and frustration for residents of any given city. With transportation systems and vehicles being connected to a common network, it could change that or at least ease it.

Intelligent transportation will ultimately improve the everyday lives of citizens and ensure greater sustainability within the city. First and foremost, it would enhance traffic safety through informing residents in real-time (assuming 5G tech is deployed) about any impending dangerous weather conditions, accidents or areas with heavy traffic as these factors have proven to be very critical to the safety of individuals.

Indeed, traffic control will be hugely improved, due to the sheer amount of data available as well as the increased use of interconnected devices with the support of 5G enabling real-time communication. This would mean that there could be adaptive traffic light systems put in place and smart intersections which would arguably ensure less time wasted for individuals in traffic and a decrease in unnecessary congestion. Additionally, with the availability of data, traffic counters could record the number of vehicles passing by a certain area or road, measure peak traffic times and journey length.

Indeed, self-driving cars will require machine learning techniques on a vast amount of data sets in order to adapt to any given environment or landscape which will require multi-access edge computing (MEC). MEC is a technology which will be enabled by 5G and will have an immense impact on the deployment of smart city technologies.

This cloud-based service environment will allow for high throughput and ultra-low latency to be applied to several use cases which require real-time services/responses and improve them greatly. When it comes to traditional network architectures, latency was always an issue due to traffic and the inability to handle such traffic.

Apart from giving self-driving cars the ability to work with the utmost efficiency and safety, some other use cases include video-monitoring and IoT powered devices.

Video monitoring often creates a colossal amount of data and this is where edge computing comes in as it could allow for significant analytics and processing which would in turn result in higher reliability in terms of pattern recognition and motion detection. This would prove useful with regards to CCTV within cities and will ultimately increase safety levels to an all-time high.

In the case of IoT, it also generates a huge amount of data which would need to be aggregated in order to be analyzed, understood and used to control a specific environment. MEC would enable large data transfers and analytics to take place both at the edge of the network and close to the IoT clusters. In other words, the data generated by IoT-powered devices would be processed at the network edge which decrease energy consumption and bandwidth.

Some other use cases that would benefit from this 5G enabled technology are waste management, smart parking, water meter measurement, smart lighting and environmental monitoring.

Becoming more environmentally friendly is a necessity for the world right now and smart city technologies could help ensure that. The data that could be collected from vehicles and pedestrians, could give a great deal of insight into common habits which would, for instance, ensure that street lamps be dimmed or switched off and only activated once someone passes by so as to better conserve energy. This could also be applied to escalators and revolving doors, among others, to cut down energy usage.

5G will enable this by supporting a large amount of sensors which are needed for smart cities as they require a colossal amount of connectivity. 5G would ensure that a great deal more devices will be able to connect way more than ever possible.

4G often cannot handle mass connectivity in a small area. This has been evident in situations such as when people try to upload posts onto their social media at a concert or a stadium where it would probably be too crowded. However, with 5G and the increased power that it will bring, it would allow for greater connectivity and make networks more intuitive which will result in a boost in the capacity of small cell networks.

The mobile connectivity benefits 5G can bring will make data transmission smoother, make way for real-time analytics for both public and private enterprises to benefit from, and simplify a wide range of use cases ranging from simple tracking systems for buses to remote surgeries.

The advent of 5G will give smart cities a considerable boost and as the world becomes more and more connected and more cities deploy the next generation technology, the potential smart cities will offers are endless.