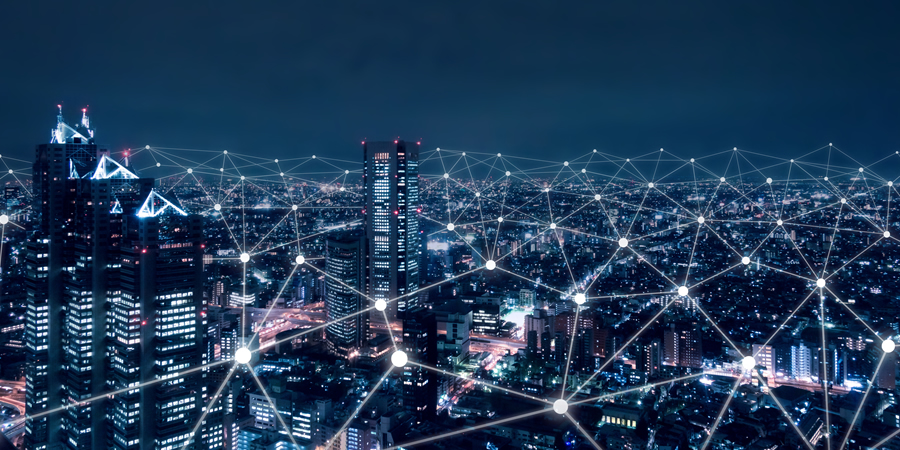 The telecommunications sector has always been at the forefront of innovation in the way that it has been connecting people and driving digital transformation in other industries for decades. Telcos have helped businesses all over the world to comprehend and unlock their full potential through digitalization. It has a proven track-record of being the ultimate key enabler in advancing the commercial world into the fourth industrial revolution.

The availability of transformative technologies such as artificial intelligence, machine learning, cloud, big data and analytics, have played a crucial role in shaping today’s business ecosystem. Telecom operators and vendors have been relentless in their efforts to bring a certain convenience and large scale efficiency and connectivity to public and private enterprises across the world. Due to this, we have seen entire industries transform and reach heights beyond our imagination.

Telcos have made great strides in bridging the ever-present gap between value proposition and operational excellence. Indeed, telecom companies have noticed the growing importance of leveraging data analytics to help businesses turn their data into actionable insights and in turn, reap the rewards of positive business outcomes.

In our current business environment which is characterized by aggressive competition and rapid innovation, the customer paradigm has changed immensely. Meeting the requirements of a new customer paradigm can be quite challenging, as customers no longer expect their mobile phone to just be a means through which they could communicate with others. Connectivity has become a basic human need in today’s world, all thanks to the efforts of telcos over the years which have provided almost every individual (in developed countries at least) with the accessibility and reliability on their services. This has dramatically impacted customer expectations.

The industry’s over-the-top players (OTTs) such as Facebook, WhatsApp and WeChat, have completely transformed the customer experience and the communication landscape. Over the past decade, we stopped relying on some of the more traditional offerings such as SMS.

Customers now expect on-demand accessibility and they no longer perceive network outages as a minor inconvenience because of the high expectations they have had on telecoms. Indeed, they can make their dissatisfaction public knowledge due to the numerous outlets provided by the internet and could subsequently change their supplier or service provider due to high competition.

The field of national security has the telecoms industry to thank for unlocking its true potential.

Telcos have ensured that the security sector is continuously disrupted and operating with the utmost efficiency. Having paved the way towards today’s ‘on-demand’ society, telecommunications have essentially changed the entire landscape of security and surveillance, ensuring that things from natural disaster warnings to intelligence continue to play an instrumental role in ensuring resident safety across the world.

From traditional retail to e-commerce

Because telecoms essentially impact every single industry, it is safe to say that it also has the ability to create new ones.

Telecoms have changed the entire landscape of the retail industry over the past decade. Online shopping has gained greater traction and trust as retailers seized the opportunities presented to them by creating e-commerce platforms. This could not have been achieved without advancements in broadband infrastructure over the years.

We have seen e-commerce giants such as Amazon gain greater traction over the past decade, placing themselves as an essential part of our lives. This, combined with redefined customer expectations, has caused consumers to expect a certain standard from retailers. Retailers, in the more traditional sense of the word, are expected to have a strong online presence if they plan to succeed in today’s business environment.

Emerging technologies such as the Internet of Things (IoT) have changed many aspects of our lives as consumers, namely when it comes to mobility. IoT ensures that devices are all connected to a network (that of which is provided by telecom operators). The landscape of mobility has changed and will continue to evolve, as tech and automotive firms edge closer to deploying autonomous vehicles on a much wider scale. We can expect this to be the norm with regards to transport within the next few years.

The telecommunications industry is responsible for providing this network and connectivity to make what was once seen as science fiction into an everyday reality.

The prospect of 5G is set to transform business environments as it has been widely speculated that this next generation technology will be more transformational for enterprises rather than regular consumer mobile data usage.

5G boasts speeds of up to 1Gbps, greater network capacity and ultra-low latency. It is set to enrich AI and IoT use cases which, if utilized appropriately, could transform a country’s entire socioeconomic future.

With 5G infrastructure in place, it is no doubt that the SME landscape will change for good. Operations in various sectors have already become digitalized, but with 5G becoming more of a reality, it seems that this will develop into becoming the norm in which business will be expected to operate.

Telecom operators have made this possible and this will continue to be the case once 5G is adopted on a wider scale.

However, in light of the recent pandemic which has wreaked havoc on the global economy and forced entire cities into lockdown, many businesses have had to change the ways in which they work and a clear shift in the academic field took place. This sudden and complete shift to the online space has been made possible through network providers.

Remote working and e-learning have become the norm now, whilst this has become a reality now, it could be argued that without the advanced telecom infrastructure which we have today, this would not be the case.

The manufacturing sector has experienced a great deal of change as more factory operations become automated and remotely managed. The use of connected systems has allowed manufacturers to gain greater critical insights into their operations which have proven to improve business operational efficiency.

This has been made possible by telcos as wireless vendors and service providers took the initiative to build on fiber Ethernet cabling and private wireless networks, hence offering manufacturers cheaper solutions. Some other examples of how telcos have transformed this sector would be through spectrum sub-licensing (provided the national regulations of that specific project allow it), reducing upfront networking costs by targeting new factory builds or factory refurbishments, ensuring that legacy IT is eradicated to make way for next-generation network technologies.

The entertainment industry has experienced a major structural shift over the past half-decade. In fact, it has been forecasted that by 2023, the digital revenues of the entertainment and media industry will account for more than 60% of the industry’s total revenues.

In recent years, OTT video (especially Netflix, Hulu and Amazon Video) has seen exponential growth. Telecoms gave way for the growth of the internet to become the central part of how we consume entertainment.

Streaming sites such as Netflix have gained tremendous traction as the industry experiences a rapid and ever-changing shift from televised to online entertainment. Entertainment is not only consumed via the internet, it is also consumed through our mobile phones. Mobile data packages are constantly being altered to suit the changing consumer demands. Packages with high amounts of GBs are becoming cheaper than ever before hence contributing to consumer’s usage of online entertainment which could range from streaming services for music, TV shows and videos to social media.

The telecommunications industry has been responsible for all of these changes and many more. Digital transformation is no longer an option, but an expectation for all industries to follow. Without today’s advanced telecom infrastructure, we may not have all the services that add a layer of convenience to our lives or next-generation state-of-the-art entertainment at our disposal.