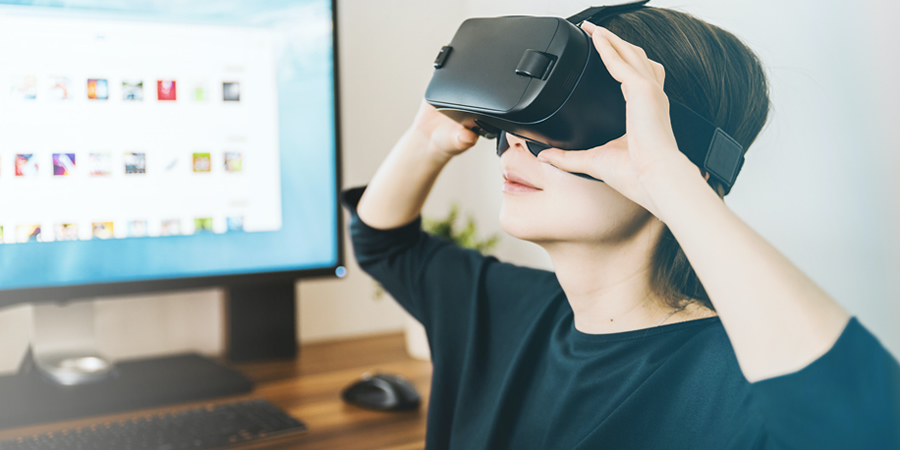 Almost 5 years ago, augmented reality (AR) leaped into our consciousness in the form of a Pokemon GO game where gamers went ga-ga over catching and collecting digitised fictional character Pokemon using their smartphones.

Similarly, virtual reality (VR) was on everyone’s mind when the film The Matrix hit theatres. The film showed characters living in a fully simulated world, triggering the topic of simulated reality into mainstream awareness.

Over the years, immersive technologies like AR, VR, and MR have evolved and are growing fast and will continue to do so in the future.

According to the reports of the XR Association, by the year 2025 augmented reality, virtual reality, and mixed reality will become a utility just like mobile devices.

So what are the basic differences between the three?

At a basic level, VR programming allows end-users to immerse in a completely digital environment using form factor (headset covering head/eyes, headphones, and a pair of controllers) devices. In the case of AR, digital content is layered on top of a physical environment that can be experienced using various forms such as glasses, headsets, tablets, mobile phones, projectors, or heads-up displays (HUDs).  Mixed reality blends digital and real-world settings and can be termed as an extended augmented/virtual reality with the capacity for interactivity between real-world and digital elements in a virtual realm, using the headset form factor.

Quite a lot has been talked about the uses of VR and AR. However, MR is relatively the new entry in the immersive technology block.

Let’s find out more about MR in this article.

Known by other names such as extended reality and hybrid reality (XR), MR is a user environment of merged physical reality and digital content that allows interaction with and among real-world and virtual objects with the application of depth sensors.

A headset form factor monitors the user's gaze and maps the user's physical surroundings and software, using deep learning algorithms to support digital content with specific areas of the map. MR programming lets digital objects interact with physical objects and vise versa. What it essentially means is that a simple hospital console can turn into an interactive touch screen or an MR-generated character can sit on the user’s bed or atop a ceiling fan for that matter.

The use cases for mixed reality have not been fully established; however, its potential has been tapped for training purposes in many industries already. For example, in medical schools, students can learn about the workings of a human heart as a holographic image wearing special headsets and using hand gestures, gaze, and voice user interface (VUI) to instruct and interact with the image. They can view it from different angles and analyze the organ layer by layer. Surgeons can practice conducting complex operations using MR. Experts predict that in the future, medical students will use MR imaging, instead of cadavers, in anatomy classes.

Other use cases for mixed reality

Mixed reality applications are being explored in the fields of design, education, entertainment, military training, and healthcare. Below are other areas where MR could be beneficial.

Remote B2B communication: Organizations may not be ready for this yet, but they can use MR to conduct simulated face-to-face team meetings remotely. From viewing 3D images of products in discussion to integrating translation services to bypass language barriers, MR can make it all possible.

Construction projects: Major losses are incurred by construction companies when they have to re-construct parts of their projects. To avoid such slip-ups, supervisors can use MR to alert workers to point out discrepancies whereby workers can use their headsets to view the plan diagrams and identify what needs to be fixed instead of depending on a physically printed plan.

Supply chain management: A supply chain manager can supervise the transport and quantities of goods using his mobile phone or smart glasses. He can instruct and ask questions regarding the details of the delivery and shipment, etc, and get instant responses and increasing efficiency.

The latest Research and Markets finding suggest the overall AR/MR market is anticipated to grow at a CAGR of 54.0% and reach $372 billion by 2026. The leading countries  in the sector in Asia Pacific are China, India, and Japan and UAE and South Africa lead in the MEA region.

In recent developments, doctors and medics treating Covid-19 patients used Microsoft MR headsets to look at x-rays, scans, and test results, and communicate with colleagues in a different, virus-free room.

The Chinese start-up Nreal's MR glasses presented at the CES tech expo 2020 has garnered rave reviews about the quality of the images its Light glasses produce. Nreal aims to sell its glasses for $499, compared to Microsoft HoloLens 2 of $3,500 and the Magic Leap 1 $2,295.

Commenting on the developments in immersive technology, Facebook chief Mark Zuckerberg recently commented, "Even though some of the early devices seem clunky, I think these will be the most human and social technology platforms anyone has built yet."

Judging by the trends, the Facebook chief’s comments could just prove to be prophetic.