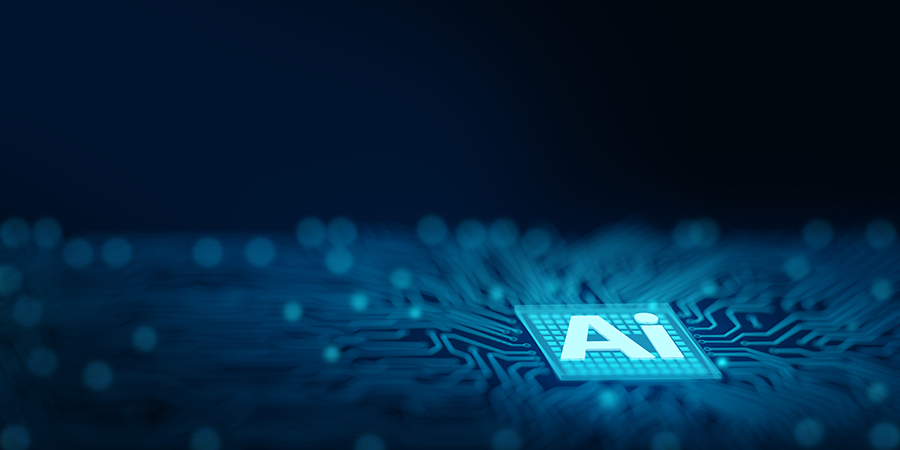 Businesses have become closely knitted to the semiconductor industry, as chips become an integral part of the supply chain for highly profitable industries like automotive, industrial, ICT, electronics, data processing, and aerospace.

Chips power everything from cars, smartphones, and equipment – securing its relevance in facilitating the adoption of emerging technologies such as artificial intelligence (AI), quantum computing, and 5G. Given the increasing demand for semiconductors across the world, the expertise and capabilities needed to understand the market landscape, as well as the procurement and manufacturing processes of chips are very critical for product development.

In fact, as per a BCG report, semiconductors are the world’s fourth-most traded product, only after crude oil, motor vehicles and parts, and refined oil. This sector’s value creation is also now among the ten major industries. It is worthy to note that the US, Japan, Europe, South Korea, Taiwan, and China are the most important regions for the semiconductor value chain and R&D.

From a global perspective, the US leads in electronic design automation (EDA), core intellectual property (IP), chip design, and advanced manufacturing equipment while East Asia is at the forefront in wafer fabrication. The former delves into the most R&D-intensive activities while the latter requires massive capital investments and access to robust infrastructure and a skilled workforce. China is also a leader in assembly, packaging, and testing while Europe is now more committed to bringing a thriving semiconductor sector from research to production and a resilient supply chain.

A matter of chips: Digital economy

Industry 4.0 is placing higher demands on semiconductors because it is a must to manufacture the computing devices at the foundation of emerging technologies. In addition, by adopting Industry 4.0 manufacturing strategies, like future-ready manufacturing execution systems (MES), the semiconductor industry is set to accelerate the pace of change and produce smarter and smaller chipsets.

A good use case for this is industrial robotics, which reflects the importance of semiconductors. To cite an example, South Korea’s high robot density reflects its market position in making memory chips, LCDs, and batteries for electric cars. While in Japan and Germany, high robot density is in part due to the importance of the automotive industry.

Connectivity, whether through mobile devices or laptops, also prompted mass teleworking arrangements. This further boosted demand on smart devices which in turn obliged semiconductor requirements to be met. At the same time, COVID-19 digital acceleration also amplified the need of the telecom sector for semiconductors in rolling out 5G, deploying cloud-based services, and connecting volumes of IoT devices. Due to the supply shortage, inventories for the production of smartphones, routers, and IoT devices are influenced and telecom operators’ experienced changes in device sales and service revenues.

With this boom in consumer and business demand, it is important to emphasize that semiconductor chip production requires large R&D investments, fabrication plants, specialist knowledge, intellectual property, as well as specialized manufacturing equipment and raw materials.

Digitalization is indeed an important reminder that chipsets are needed in this world, not as a temporary disruption but for permanent evolution.

Chips for a smarter environment

Chipset usage was up substantially during 2021 as the whole industry is still struggling to recover from the wake of COVID-19 production shut-downs. Production capabilities are being ramped up to meet the market needs of the smart era.

In reality, sourcing and manufacturing materials for high-quality semiconductors is becoming progressively more challenging. To relate it in the current context, the ongoing geopolitical tussle between Russia and Ukraine can affect the sector as Russia supplies over 40% of the world’s palladium and Ukraine produces 70% of the global supply of neon. These two resources are key to the production of semiconductor chips. Apart from this, due to its low cost, an abundance of material, and useful electronic properties, silicon also quickly rose to become the backbone of the semiconductor industry.

The smarter and future-oriented technologies of today introduce new demands for semiconductors, letting new materials that have a distinct edge over traditional silicon be explored. Among these are silicon carbide, which is a combination of silicon and carbon, and gallium nitride, which is made of gallium and nitrogen. Proponents say that these two can do a better job as a power converter and could cut charging time in half.

As systems become more complex and demanding, manufacturers should improve system performance by adopting greater component reliability and process control. These include fabless companies such as Qualcomm, Broadcom, NVIDIA, AMD which mainly innovate and design semiconductor chips and outsource manufacturing production to foundries such as TSMC, Samsung, and SMIC as well as integrated device manufacturers (IDMs) such as Intel, Infineon, and Apple who design and manufacture their own chips.

Among the semiconductor components, PWC data shows that memory chips are expected to continue to maintain the largest market share through 2022. As automotive and data processing markets among other markets are thriving, so will be the demand for AI chips.

Numerous types of AI chips are available for acceleration including GPUs, field-programmable gate arrays (FPGA), and application-specific integrated circuits (ASIC). GPUs, which are the most widely used flexible AI chip, have very high performance suitable for deep learning AI algorithms, and are present in cloud and data centers for AI training, and especially utilized in the automotive and security sectors. Clients that want to reprogram based on their own requirements can opt for FPGAs which have a faster development cycle (versus ASIC) and low power requirements (compared to GPUs). Lastly, ASIC AI chips have higher efficiency, a smaller die size, as well as lower power consumption but take more time to be developed, affecting their commercial adoption.

Unsurprisingly, the market for AI-related semiconductors is expected to grow by over $30 billion by 2022, a CAGR of almost 50%. With AI comes the need to pack bigger power into small chip sizes, shifting from 5nm up to 2nm. Accentuating the hardware infrastructure of an AI chip involves computing, storage, and networking parts. While computing or processing speed has been developing rapidly in recent years, more time is needed to improve the storage and networking modules.

Edge AI chipsets are designed to be smaller, more economical, less power-consuming, and considerably less heat-generating, making their integration much simpler and delivering myriad benefits in terms of speed, usability, privacy, and security of data. By 2024, sales of edge AI chips are expected to exceed 1.5 billion; dominating consumer devices such as high-end smartphones, tablets, smart speakers, and wearables as well as multiple enterprise markets like robots, cameras, sensors, and other IoT devices.

It is also predicted that nearly 72% of enterprises will be deploying AI solutions within the enterprise physical facility or application system by 2025. Chipsets will then be used to track user location, choice and preference, surrounding environment, machine behavior, and many other data patterns to generate actionable insights and tailored recommendations.

Being able to connect, collect, and compute will be powered by the performance of AI chipsets. Thus, by providing next-generation accelerator architectures, semiconductor companies could increase computational efficiency or facilitate the transfer of large data sets through memory and storage. As a case in point, specialized memory for AI has 4.5 times more bandwidth than traditional memory, making it much better suited to handling big data within AI-powered applications.

According to a BCG study, if regional supply chains wanted to reach total self-sufficiency, it would require $1 trillion in incremental up-front investment to meet current levels of semiconductor consumption. It would also result in a 35-65% overall increase in semiconductor prices and higher costs of electronic devices for end-users.

Industry experts also expect the West to be dependent on the East for supply. Changing this landscape and avoiding further technological dependency on Asian suppliers, both the US and Europe announced plans to boost each country’s semiconductor industry. Reshoring chip production is now official US government policy with a $52 billion spending for semiconductor production and research. Mirroring this move, the EU plans to quadruple the supply of semiconductors in Europe by 2030 and spend some €42 billion in public and private funds to become a microchip producer.

Competing with Taiwan’s business model is also tough when it comes to capacity. As per data, TSMC accounts for more than 50% of the global foundry market. Owning fabrication houses is a costly investment, creating a huge outsourcing opportunity to major foundries overseas. Yet, a co-location strategy would shrink the length of trade routes and move endpoints closer to the supply chain network. With great demand, increasing capacity utilization is just as critical to diversifying supply networks.

Chipmakers' coming capital investments are also extraordinary such as Intel’s plans for two mega fabs totaling $200 billion in the US and Europe, with Germany as the recent location, while Samsung expects to spend $145 billion through 2030, expecting the company’s chip and components division to perform strongly in 2022 as well.

Globally, spending on chip equipment will also rise 10% in 2022 to a record high of $98 billion, the third year of growth in a row with South Korea as the biggest spender, followed by Taiwan and China, collectively accounting for an expected 73% of spending this year.

Looking ahead, an investment of about $3 trillion in R&D and capital expenditure across the value chain is needed to meet the fast-growing demand for semiconductors over the next ten years. Semiconductor companies will need to keep investing around 20% of their annual sales to develop increasingly sophisticated chips. Along with this, doubling capacity by 2030 is essential to keep up with the expected 4-5% average annual growth in semiconductor demand.