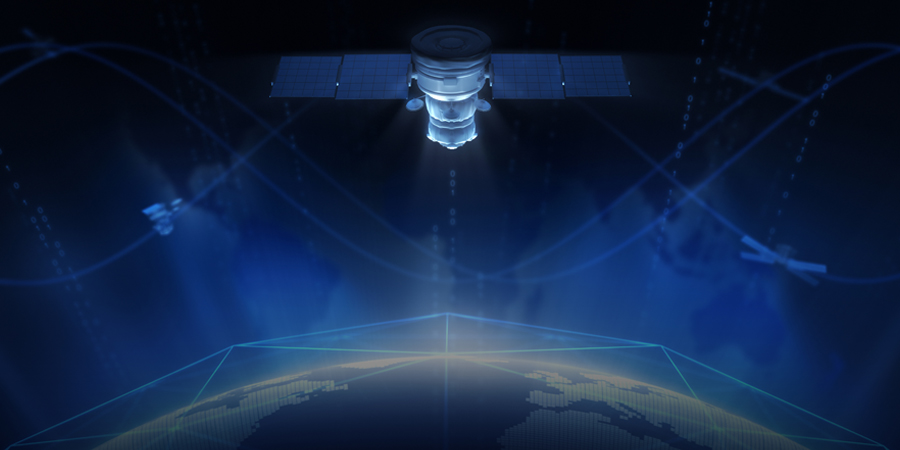 Now is the time to reimagine and demystify the world of space and satellites as the global satellite industry is expected to be worth over $500 billion in 2024. Its place in the connectivity ecosystem is now imperative and making it part of the solution is a compelling reality.

Many enterprises have also begun choosing satellite technology when building a new IP infrastructure because of its cost-effectiveness, scalability, enterprise-wide consistency and coverage, and ease of deployment. In fact, an EY UK survey found that 33% of SMEs nationwide would be open to considering satellite broadband as a primary connection if full-fiber broadband was not available at their business site.

Truth be told, while fiber and 5G are fuelling a new generation of digital infrastructure, the role of satcoms cannot be ignored. It is indeed a reliable alternative that can complement terrestrial networks.

The notions beforehand that satellites could just fall out of the sky and cause more inconvenience than benefits are fading away. At present time, satellites serve as a broadband wide-area network in both urban and rural areas around the world. All that is required for a location to receive satellite connectivity is a clear and unobstructed view of the sky.

Having said that, satellite communications have emerged as an integral part of global IP networks. People, governments, and organizations all need to stay connected to the network whenever they need it, regardless of where they are.

As service providers look to bring satellite connectivity options into their service portfolios, raising awareness to its importance and carrying out steps, such as spectrum frequency management, are crucial.

Do or don’t: Satellite spectrum auction

As we all know, communication requires all wheels to work together in a unified movement. This is why satellites that orbit in space are vital for communication networks to reach the farthest corners even in remote locations that mobile telephony cannot access.

The 28 GHz band (within the Ka-band) is intended for exclusive use for satcoms and the move to take away this opportunity could cause a disruption in expanding broadband initiatives and further growth of the space industry. The ongoing debate is that the mmWave spectrum, which forms the lower bit of the Ka-band, has been included in a recommended auction of 24.25-28.5 GHz to telco operators.

Repurposing the spectrum to meet the new technical requirements for 5G is a key pressure being put by operators on policymakers. Yet, international trends discourage auctions for spectrum used for satellite services. Countries like the US, Mexico, and Brazil had unsuccessfully attempted to sell frequencies for satellite usage and eventually stuck to administrative licensing.

The question of whether the satellite spectrum should be auctioned or allocated is still under contention. Experts who support the auctioning of satellite spectrum are saying that since satellite players are moving in to provide similar services as terrestrial operators, they should go through the same process of acquiring spectrum to ensure a level playing field.

This is of the same mind as Saudi Arabia which is planning to put the non-terrestrial spectrum (on the 2100MHz band) up for sale in August 2022, representing an evolution of wireless connectivity.

EMEA satellite operators association (ESOA) said that indeed, collaboration is the best way forward for both satellite and terrestrial operators to deliver future services and grow markets but the 28 GHz band should remain exclusive to satcoms as it is extensively used by many satellite networks globally and IMT cannot replace these.

Over 100 countries including Australia, China, the entire European Union, Africa, and others also deploy the 26 GHz band (24.25-27.5 GHz) only for terrestrial 5G and 28 GHz for satellite broadband.

Generally speaking, the spectrum rights for satellite users rest with the nations that participate in the ITU and have submitted their satellite network filings. Developing a new model for allocating spectrum could be done but would take time to be studied and agreed upon.

Satellites have been very successful at sharing the same spectrum but with the IMT/5G signal running in the same band, it should be considered that satellite earth stations are very sensitive to terrestrial interference and 5G signals can then interfere with fixed-satellite service (FSS) receive earth stations.

The current international standard of satellite spectrum not being auctioned and rather assigned through paying the license fee is still prevalent but could be subject to change in time.

According to the European Space Agency, as of January 2022, 12,480 satellites have been launched in all of history with only 4,900 still active.

As the main advantage, space-based infrastructure currently complements terrestrial networks by backhauling. This includes moving data between access networks for terrestrial network service providers. Although traditional global telecommunications infrastructure will continue to have far more capacity at 2,000 Tbps than space-based technology’s projected 50 Tbps by 2026, space-based infrastructure could be a significant tool in establishing the baseline connectivity required for digital literacy and addressing long-standing challenges in the developing world, such as health, disaster management, and security.

New mega satellite groups that work together as a system, such as what Telesat, OneWeb, SpaceX, and Amazon are developing consist of NGSO satellites. These promise to deliver fast internet access in very remote locations for a competitive cost compared to fiber and FWA options.

Satellite internet works by beaming information through the vacuum of space, where it can travel 47% faster than in fiber-optic cables. To illustrate, users on the ground access the broadband signals using a kit containing a small satellite dish with a mounting tripod, a Wi-Fi router, cables, and a power supply.

From another point of view, while Orange is moving to test space-based cellular broadband internet in one of its African markets, companies such as Lynk are also racing to establish satellite-to-cellphone broadband that requires only a typical, unmodified, hand-held device to enable 2G-4G connectivity.

In due course, the ability of satellites in all orbits to relay data amongst each other and to various ground stations will get better. More computing capacity, data storage, robust and efficient inter-satellite communications, and networking technology will be loaded onto satellites, creating a space-based internet backbone.

An age of boundless connectivity and intelligent automation — this is how the GSMA characterizes the 5G era. Thus, the advantages of satellites – ubiquity, resiliency, mobility, and broadcasting – are even more profound, with high-throughput satellite (HTS) systems for GEO, MEO, or LEO installations helping operators deliver high-capacity broadband and broadcast services and lower the cost-per-bit for service delivery worldwide.

New satellite antennas that are smaller, easier to install, and more powerful are also ideal for supporting 5G broadband on planes, cargos, etc. There is no doubt that space-based communication platforms are set to play a larger role in mobile network strategies in the 5G era.