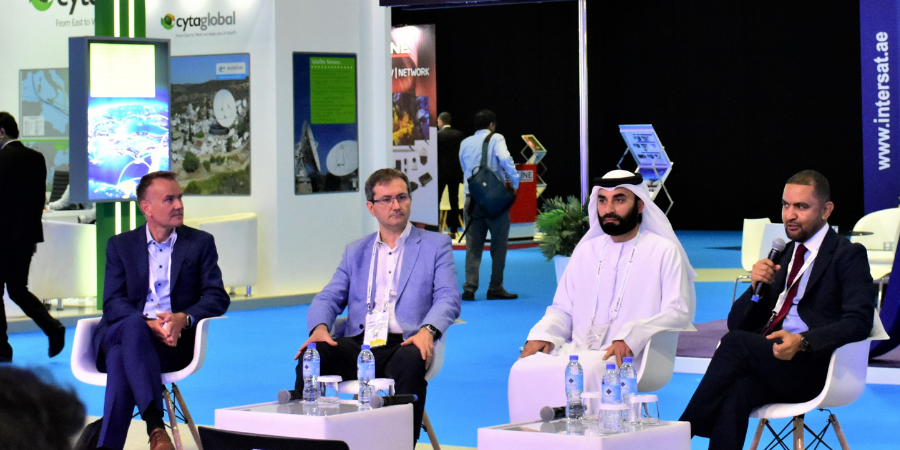 Along the sidelines of CABSAT 2022, a SatEXPO Summit panel tackled what 5G means for satellite, what role will satellite play in 5G delivery, and how can a two-fold future remain balanced and sustainable for customers and end users.

Speakers from Arabsat, Etisalat, Comtech, and European Space Agency (ESA) were present in the session.

It is widely known that 5G is being rolled out across the globe, and approximately 200 5G networks in 87 countries are available; promising better connectivity for consumers and a wealth of potential enterprise applications.

Despite being a potential competition for satellite technology, satellite networks are still deemed to be vital for keeping 5G running smoothly. On a technical level, the scene is becoming set for satellite to become integrated into the broader telecoms landscape. As seen on the 3GPP Release 17, and anticipated improvements in the upcoming Release 18, 5G new radio would support non-terrestrial networks (NTN).

One apparent aspect mentioned during the panel was the coexistence of 5G and satellite services in the C-band frequency. They agree that the C-band is ideal for supporting telecom and broadcasting services and deploying 5G spectrum will impact the satellite industry, particularly when it comes to rough terrain areas.

Ahmed Almaazmi, Sr. Director of Satellite Services & Broadcast, Etisalat, believes that there is a “vast opportunity for satellite to support 5G” and the mobile and satellite industries are both working hard in handling the “risk into opportunity.”

On the other hand, Yasir Hasan, Director of Transmission Operations, Arabsat, emphasized that satellite, as a backhaul, will complement 5G services. The ground systems’ agile technology will allow high throughput data transfer and bring flexibility on the satellite payload. “The flexibility between beams will allow the software to be transparent and mitigate the issues related to spectrum.”

An opportunity for satellite in 5G is to connect remote locations. Providing 5G backhaul is very easy for satellite, said Richard Swardh, Senior Vice President of Premium Enterprise & Mobile Operators, Comtech. “The thing here though is it’s a little bit of waiting game, because 5G will happen gradually… They deploy 5G as overlay to existing networks to get access to spectrum brands, to enhance their services, and to deliver higher throughput that can handle greater volume of traffic.”

Almaazmi touched upon how the operator has used a bandpass filter to mitigate the interference from 5G above 3.9 GHz and a low-noise block downconverter (LNB) to filter out signals below 3.9 GHz.

Without a doubt, the satellite industry is pushing the boundaries to complement 5G. Nowadays, LEOs are being studied by many satellite operators where they are developing specific antennas and different CPEs that will work in dual mode or where the satellite in 5G network is working.

“We are moving in a situation where 5G — and the rest of the community — wants more and more spectrum all over the place,” expressed Fabrizio de Paolis, 5G/6G Implementation Manager, European Space Agency. The problem in the terrestrial 5G with C-band is just the beginning. Considering more advanced filter technology and dynamic spectrum allocation could lead us “to a new set of system concepts where the interferences is managed in a distributed manner.”

By and large, satellite is viewed to play an important role in a two-fold future that ensures seamless connectivity to all and would have a more proactive role in contributing to the visions of 5G and beyond.