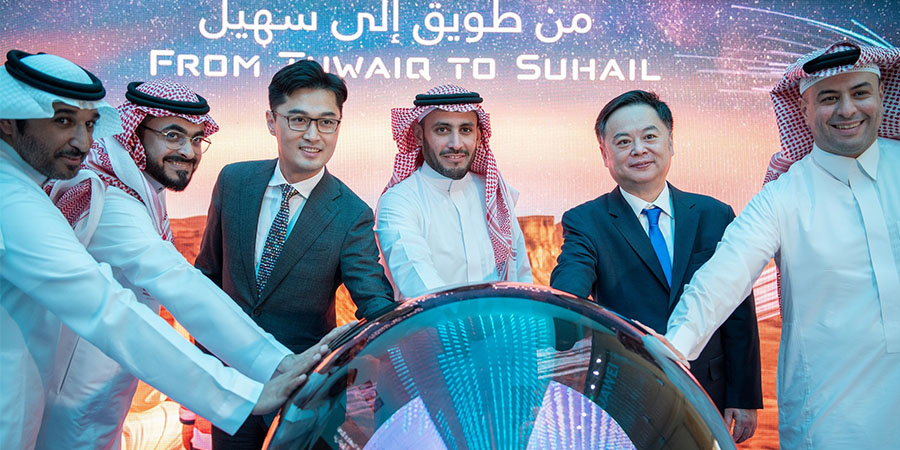 Future Space, the first technology experience center in Saudi Arabia, has been launched by Huawei, in collaboration with the Saudi Space Commission. The partnership aligns with Huawei's commitment to corporate social responsibility, developing local talent and actively contributing to the Kingdom's digital transformation journey.

Future Space, the largest exhibition center outside of China, will include advanced technologies including autonomous driving, 3D printing, and brainwave robot control, among other innovations. The first exhibition of its kind in Saudi Arabia, Future Space, covers 1,500 square meters and will offer speaking opportunities for young innovators. The center will be open to the public and would host an estimated 200,000 visitors over the next five years.

HE Weiqing Chen, Ambassador of China to Saudi Arabia, said, "The firm relations between China and Saudi Arabia have brought immense benefits to both countries. As Saudi Arabia pursues digital transformation as part of its strategic national goals, public/private partnerships between technology companies such as Huawei and public agencies adds new value to the local tech ecosystem. We, therefore, congratulate the Saudi Space Commission on the launch of Future Space and look forward to more success."

HE Dr. Mohammed Altamimi, Saudi Space Commission CEO, said, "Future Space is one of the most advanced technology experience centers in the world. We want to expose young people to the most cutting-edge technologies and inspire them to imagine technology in new ways. Partnering with a global technology leader such as Huawei enables us to bring real-world and proven technology solutions that can positively impact society.”

Adnan Alsharqi, Deputy Minister, Ministry of Investment, said, "Building a knowledge-based economy is a key pillar of Vision 2030. Initiatives such as Future Space help enrich our digital ecosystem and attract investment from other digital companies. As a ministry, we are keen to support public and private partnerships that have proven highly successful in accelerating innovation and boosting our talent pipeline."