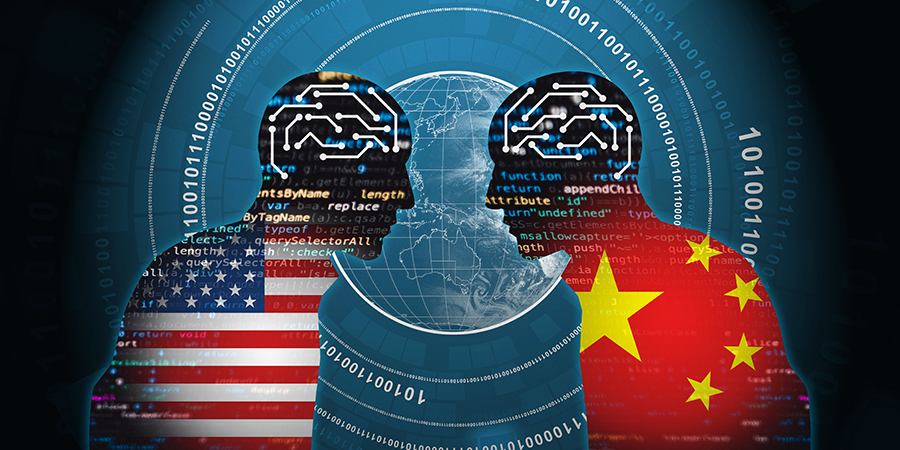 US-China war is once again triggered, pushing a TikTok ban to set afoot within the US grounds. With fresh privacy concerns for the Chinese-owned short-form video app arising, the government responds alarmingly.

In his statement, FCC Commissioner Brendan Carr said, “it is clear that TikTok poses an unacceptable national security risk due to its extensive data harvesting being combined with Beijing’s apparently unchecked access to that sensitive data.”

In context, data can be harvested in different ways, ranging from simple copy-and-pasting to more complicated programming. This is critical, especially in social media, where sensitive and personal information and behavior have commercial and political influence and value. Based on leaked audio from internal TikTok meetings, engineers in China have been repeatedly accessing non-public data of US TikTok users between September 2021 and January 2022.

Being under government scrutiny since Donald Trump, federal agencies comply with a TikTok ban on any form of device. And following the recent information disclosed, the US-China war is once again brewing from the risks of using an app that has been downloaded in the US from the Apple and Google app stores nearly 19 million times in Q1 2022 alone.

Underscoring TikTok’s failure to comply with data security requirements and other terms set forth by the US-based software discovery platforms, the FCC commissioner requests Apple and Google to remove TikTok from their app stores immediately.

The Clash of Tech Superpowers

For the past years, with the bilateral tension going stronger between the East and West, companies are bracing themselves for further impact. But aside from that, more focus was put on high-tech companies, mainly in terms of 5G deployments.

With the US fighting to dominate the ICT industry, coupled with protecting its national security, a law has been signed to ban equipment of Chinese tech companies like Huawei and ZTE from being used within US telecom networks. Even China Telecom Americas discontinued its services in the US after operating for nearly two decades, as the telco could be “subject to exploitation, influence, and control by the Chinese government.”

Looking to have the upper hand in the technology scene and aiming to ensure the territory’s data safety, the US-China war continues to intensify. According to a Harvard report, China is predicted to gain an upper hand over the US within the next decade in terms of the 21st century’s foundational technologies like AI, 5G, cloud computing, quantum information science (QIS), and biotechnology.

China’s tech sector still continues to benefit American society but to maintain a fair and favorable environment, some degree of technological separation from China is deemed to be necessary to make sure that US interests are not harmed in the process.

Stanford Center explains that the technologies of the US and China continued to become more integrated since 2000, conforming to the general trend of globalization. China’s technological dependence on the US for software, smartphones, and semiconductors, among others, peaked in 2009 and began to decline as China developed its own R&D and innovative capacity.

In retrospect, China’s dependence on the US is the greatest in the fields of semiconductors, software, and smartphones, but dependence levels decreased over time.

The US-China war has led to an increase in global trade, a diversified supply chain, and significant implications for the future of globalization. Hence, the ongoing technology war is expected to be a long-term issue for economic growth as well.

It’s a factor toward World Bank predicting a significant slowdown in the global economy until 2023. “Notable deceleration in major economies—including the United States and China—will weigh on external demand in emerging and developing economies,” the financial institution stated.

The technological struggle between the two countries prevails as strong economic ties exist, making the decoupling process complicated. An international think tank mentioned that the US government’s interest in technological decoupling has risen dramatically with Beijing’s growing strength since the mid-2010s. Yet, officials have vast discretion to impose technological decoupling, only invoking concepts like “national security” or “the public interest” to restrict how technology products, services, and inputs move between America and China.

Despite the trade frictions between China and the US that continue to this day, the China-US trade sector in general still exhibits strong interdependence, with the science and technology sector decoupling.

Based on a study by the China Development Institute, from January 2017 to June 2021, over 200 bills, policies, and reports concerning science and technology policies toward China were enforced. These include sanctions on China’s high-tech companies, regulations over cutting-edge technologies, and restrictions on STEM talent training.