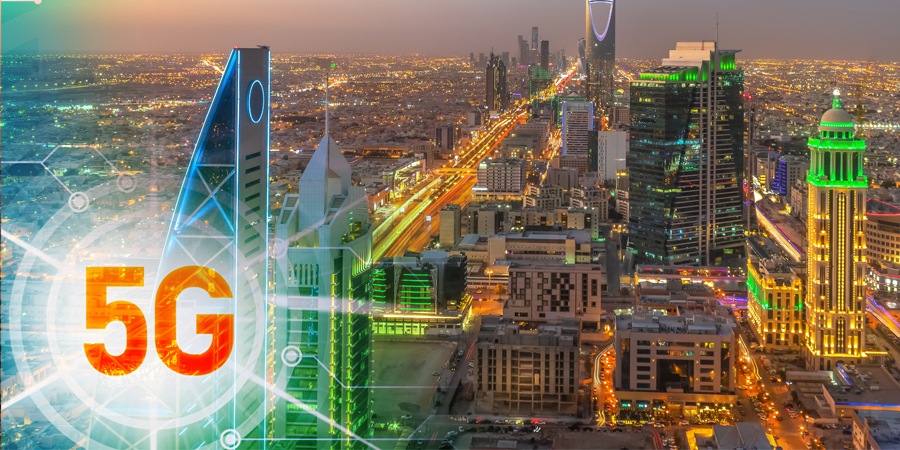 Saudi Arabia’s Vision 2030 goal is to support 30 million pilgrims annually, and to successfully do this, the country will rely on further innovations built on top of its rapidly developing 5G networks.

This year’s Hajj, held from July 7-12, welcomed domestic and international pilgrims back to Mecca following a two-year cancellation due to COVID-19. Before guests even entered the two Holy cities of Makkah and Medina, CITC announced the full ICT readiness for the Hajj.

Hajj is a unique and revered event, which represents the highest traffic density of any annual event worldwide — roughly 3 million pilgrims in a limited area of 10 square km were present during the gathering. From a mobile network point of view, it is the ultimate challenge for telecom operators to provide fully available, high-quality voice and data services using all available technologies, particularly 5G.

To this end, nearly 6,000 mobile towers were operational for Hajj 2022, including 2,600 5G towers, 41% more than in 2021. Given the millions of pilgrims in attendance this year, this equates to a maximum density of 385 people per base station, according to Ookla analysis. Operators also installed over 11,000 Wi-Fi access points, offering each hajji two hours of free internet per day.

With the first commercial 5G network launched in Saudi Arabia in October 2019, these networks have become a central platform for digital services, specifically in supporting the Hajj pilgrim’s experience this year and henceforth.

Ookla highlighted how mobile networks have expanded the digitization of Hajj services. At Hajj 2022, this was evident in initiatives such as the electronic Hajj cards, which allowed contactless access to all religious sites, accommodation and transport; health services including a connected wearable device, which tracked real-time health status in real-time and a Holodoctor service that used 5G for medical support; and an indoor smart navigation system that helped pilgrims and operation teams navigate the Grand Mosque more efficiently.

Must Read: Saudi Arabia: A Tech-Powered Economy and Digital Hub

Thanks to the early allocation of critical spectrum bands for 5G use and strong investment from network operators, Saudi Arabia has rapidly climbed Ookla’s Speedtest Global Index, moving from 46th place in January 2019 to 8th place in July 2022, hitting 96.23 Mbps.

In early 2021, Ookla also revealed that Saudi Arabia is ahead of the 5G network landscape across the GCC region and around the world. The Kingdom has the highest 5G adoption among GCC countries and a 127% faster 5G speed than the global average.

Proudly, CITC Governor Dr. Mohammed bin Saud Al-Tamimi described the billion-dollar telecom market in the KSA as the most developed and largest market in the MENA region.

It is worth noting that digital transformation, powered by the ICT sector, is considered a cornerstone for achieving the Kingdom's 2030 vision for a vibrant society, a thriving economy and an ambitious nation.