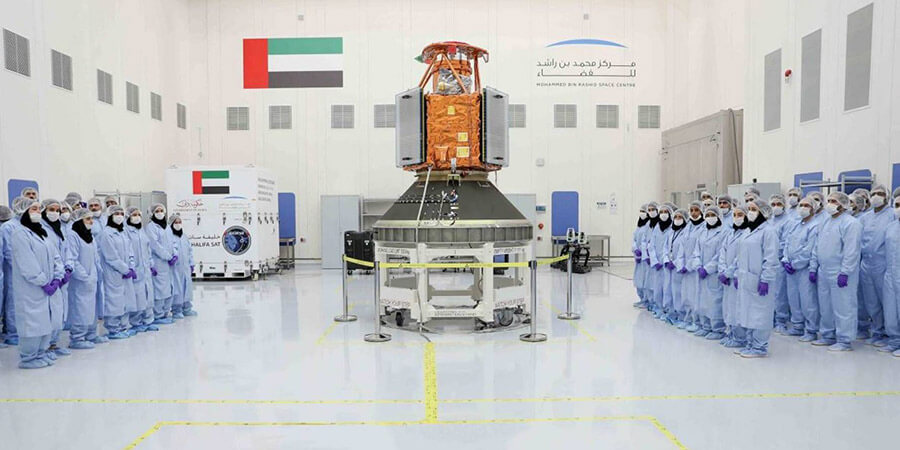 Shaikh Hamdan Bin Mohammad Bin Rashid Al Maktoum, Crown Prince of Dubai and Chairman of Executive Council announced on his twitter account that KhalifaSat, the first Emirati satellite, will be launched on October 29 from Tanegashima Space Centre in Japan.

"Proud of the Mohammad Bin Rashid Space Center, where a team made up entirely of young Emirati engineers have developed the first Emirati satellite, KhalifaSat," Shaikh Hamdan tweeted. "This important step would not have been possible without the great support by our wise leadership, which provides Emirati youth with all the tools needed to encourage them to become innovators and contribute to the drive of scientific advancement and human development," Hamdan added in another tweet.

When placed into a Low Earth Orbit of approximately 613km, the satellite will proceed to capture detailed imagery capable of competing with the highest industry standards. The images beamed back to earth by KhalifaSat will be among the most detailed commercially available, with a GSD of 0.7m Panchromatic, and 2.98m GSD in four multispectral bands.

MBRSC has been striving to promote innovation, boost technological progress, uphold sustainable development and create a generation of Emirati scientists and engineers capable of leading a scientific revolution and reaffirming the UAE's capacities in this field.

KhalifaSat, part of MBRSC's long-term strategy, will allow the UAE to offer competitive services across the region and the world.