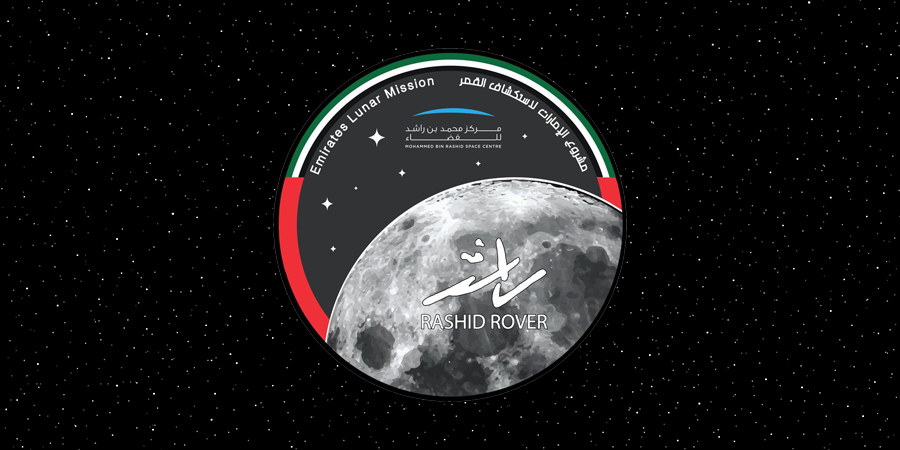 The Emirates Lunar Mission, the first mission to the moon from the United Arab Emirates, is set to be launched on November 28 at 12:46 p.m. (UAE time). Aboard ispace's HAKUTO-R M1 lander, the Rashid Rover, named for Dubai’s ruling family, will lift off from the Cape Canaveral Space Force Station in Florida.

This mission, spearheaded by the Mohammed bin Rashid Space Centre (MBRSC), in collaboration with SpaceX and ispace, aims to pave the way for discoveries that can contribute to the development of science and specialized high-precision technologies in the space sector.

The four-wheel rover, weighing only 10 kilograms, will explore the characteristics of lunar soil, the petrography and geology of the moon, dust movement and surface plasma conditions.

Rashid Rover's landing site will be Atlas Crater, located at 47.5°N, 44.4°E, on the southeastern outer edge of Mare Frigoris (Sea of Cold), and was chosen to maintain flexibility during operations.

Landing is currently expected to take place around the end of April 2023. Once completed and launched, the UAE will become the first Arab country and the fourth country in the world to successfully land on the moon, following on the trails of the US, Russia and China.

The Emirates Lunar Mission will also be the first moon trip for HAKUTO-R, ispace’s lunar exploration program that has been in development for more than a decade.

“Our first mission will lay the groundwork for unleashing the moon’s potential and transforming it into a robust and vibrant economic system,” said Takeshi Hakamada, founder and CEO of ispace. “We look forward to contributing to NASA’s Artemis program as a commercial lunar transportation service and pioneering the development of future industries, and connecting the Earth to the Moon and beyond.”

An official countdown has already begun with MBRSC Director General Salem Al Marri’s announcement on Twitter: “In Florida this week with our team, we are preparing for the launch of the 1st Emirati mission to the Moon.”

Al Marri mentioned as well that they are preparing with NASA for Sultan Al Neyadi’s launch next year, the Arab world's first long-duration space mission. The UAE astronaut will travel to space in about six months onboard a SpaceX Falcon 9 rocket.