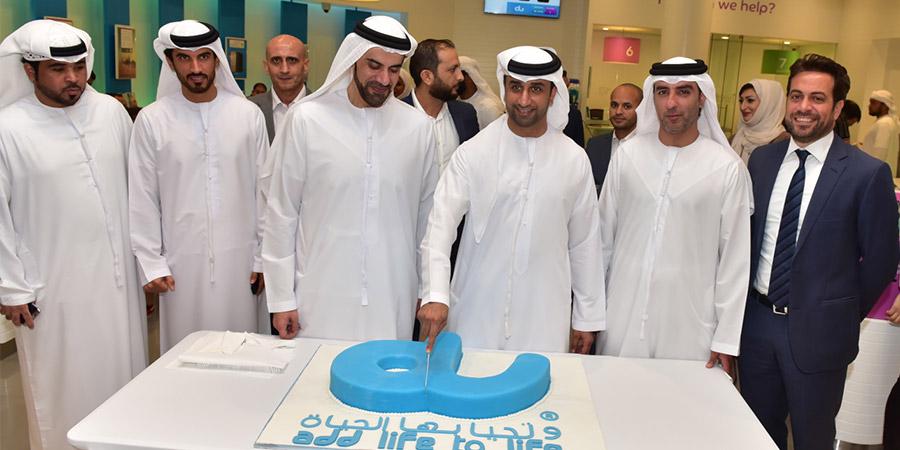 du has delighted customers by expanding its retail footprint in the capital, Abu Dhabi, where it currently has 15 stores. du hosted the Grand Opening of its 76th retail store in the UAE at the popular Yas Mall, which has attracted over 40 million visitors since opening in 2014. du's existing presence in Yas Island includes providing superior live entertainment experiences that have excited people in Abu Dhabi and the UAE at the du Forum and du Arena. du customers in Abu Dhabi now have a new retail touchpoint for all services related to consumer and enterprise fixed and mobile services. During the grand opening, exclusive Special Numbers were available, and many other give aways for the visitors at the store.

The new du retail store in Yas Mall will increase the convenience for customers in Abu Dhabi, and the store will have Consumer, Fixed and Enterprise Government services, quick pay counters and consultation rooms. In addition, priority services for ladies, the elderly and people of determination will be available.

du has a large presence in Abu Dhabi and is the second Emirate with the most number of du stores, at 15 in total, including nine retail kiosks, five retail shops and one flagship shop. Furthermore, du currently provides an array of services to leading government entities in Abu Dhabi.

du has invested heavily in developing its network across Abu Dhabi, including providing 4G services to customers in Abu Dhabi and today, du's high speed data network covers the majority of the capital city.

With its expansion in the capital, du plans to increase its retail footprint in the capital and partnerships with other organisations, customers and government entities. Some of its existing expansion plans in Abu Dhabi, include Ruwais Mall and Madinat Zayed City.