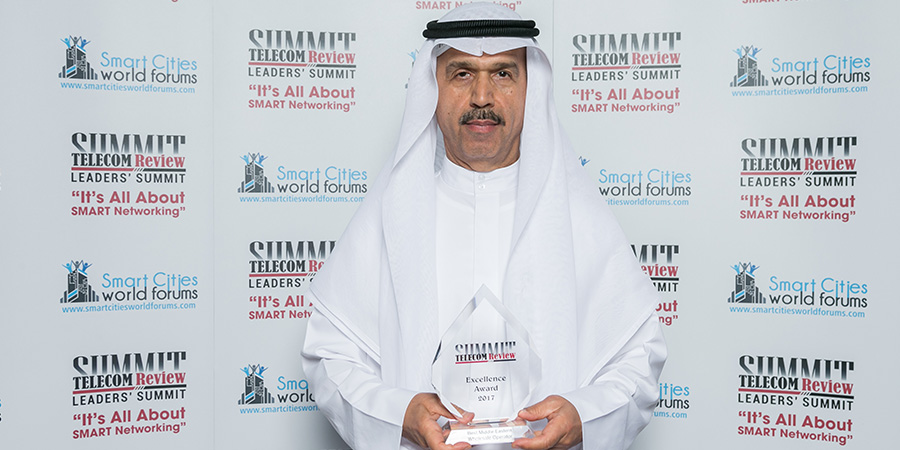 At this years' GITEX, they announced Tesla Model X with its connected platform empowering one of the first global electric cars with its technology and network, hence Etisalat's recognition for the 'Best Middle Eastern Operator' award.

During the last 12-24 months, they have become one of the biggest voice carriers globally carrying around 16 billion minutes, hence Etisalat's recognition for the 'Best Middle Eastern Wholesale Operator' award.

The Telecom Review Excellence Awards, held on Dec. 6, recognized industry leaders for their efficient and hard work in 2017, and are a special way for Telecom Review to help celebrate the winner's success.

This year there were 302 nominations for the Telecom Review Excellence Awards. Telecom Review wants to thank all of the judges who worked tirelessly on reviewing and judging the nominees. Winners were chosen based on recognized and demonstrated capabilities in their specific sector by an independent panel of 15 experienced industry veterans.

"This year's award winners represent the absolute best in our industry and we are very proud to honor these winners with such a distinguished award," said Toni Eid, CEO of Trace Media International and founder of Telecom Review.

Commenting on the gathering of Industry Leaders, Jeff Seal, Managing Partner of Telecom Review North America noted, "Once again Telecom Review has brought together the leaders of the ICT/telecom industry."