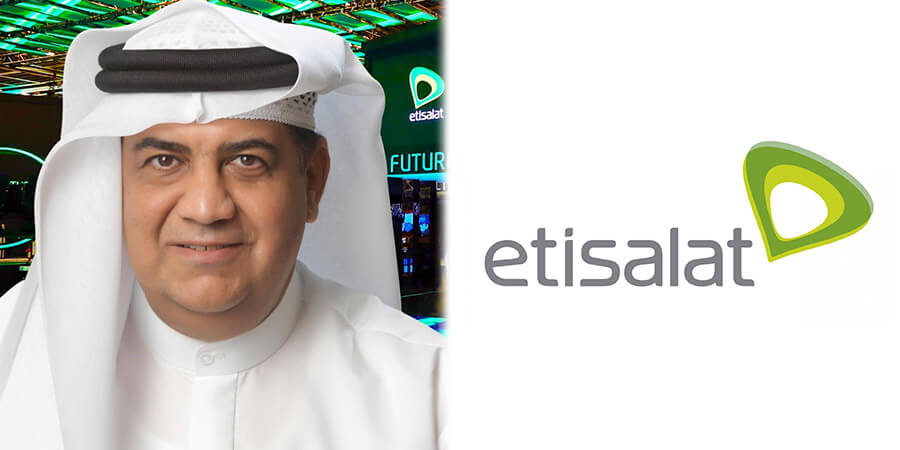 Some of the key announcements and developments involving Etisalat are outlined below:

"As we continue to encounter evolving industry dynamics, innovation and successful partnerships remain relevant and integral in sustaining our leading market position and assuring our profitability. Engaging the customers and allowing them to experience and probe our solutions potential has proven to be rewarding as we expand our products and services portfolio and introduce more value adding choices", he added.

"Adoption of cutting edge technologies is a strategic imperative that will always be a cornerstone in etisalat agenda, and while we operate in multiple markets with varying levels of technological maturity, our home market remains a driving force; as we witness the government adopting futuristic technologies, like AI and Blockchain, and leading the digital transformation of the society as a whole."

"Etisalat has continued its efforts to align its business with its digital initiatives which has enabled us to develop a healthy business portfolio. Moving forward, we will stay focused on realizing our strategic and operational goals and on materializing our digital transformation. We will continue to push technological boundaries and tap on non-traditional revenue streams that will augment our core services revenues and maximize the return on investment of our networks and platforms."

Etisalat Group's consolidated revenue for the Q1 of 2018 amounted to AED 13.1 billion, representing an increase of 5% in comparison to the same period last year. In the UAE, revenue in first quarter increased year on year by 3% to AED 7.8 billion.