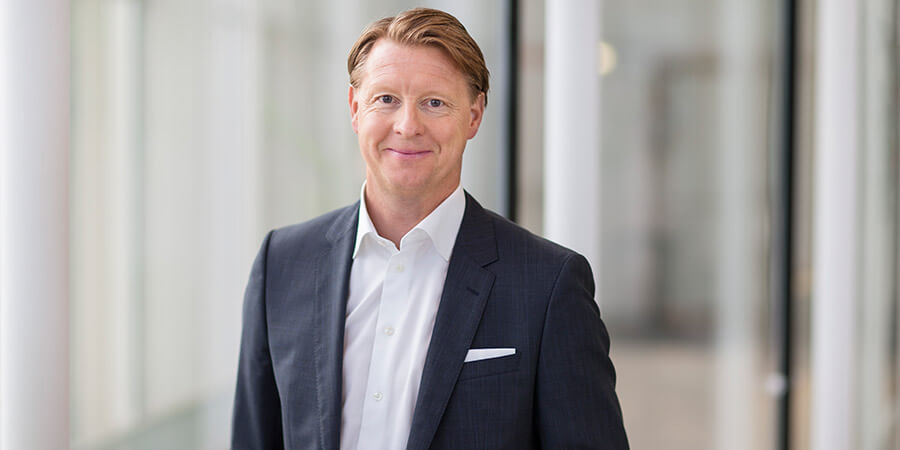 The telecom giant Verizon tells Telecom Review that it was installing its head of technology as chief executive, just as it and other wireless carriers grapple with new technologies and a wave of consolidation in the fast-changing industry. Telecom Review has met with Hans on several occasions and applauds his selection as the new CEO.

Verizon announced that its Board of Directors has named Hans E. Vestberg, Executive Vice President and President of Global Networks and Chief Technology Officer, to succeed Lowell C. McAdam as CEO, effective August 1, 2018. McAdam, 64, will serve as Executive Chairman of the Board through his retirement from the company at the end of the year, at which time he will become Non-Executive Chairman.

Vestberg, 52, is currently Executive Vice President and President of Global Networks and Chief Technology Officer. His responsibilities include further developing the architecture for Verizon's fiber-centric networks, including the country's leading 4G LTE network, the largest and first 5G deployment in the U.S., the nation's broadest residential fiber network, and a global internet backbone and undersea cable network carrying much of the world's internet traffic. In this role, Vestberg has spearheaded Verizon's efforts to deliver seamless experiences for customers over the company's network, while demonstrating a willingness to disrupt established processes and practices to make Verizon stronger and more efficient.

The choice of Mr. Vestberg, whose duties have included overseeing the deployment of next-generation 5G mobile services, underscores the importance that Verizon places on that technology, which will increase download speeds sharply and make an array of new services possible.

"I am humbled to be appointed C.E.O. of Verizon at such an exciting and dynamic time for our company and industry," Mr. Vestberg said in the statement. "We are experiencing unprecedented changes in the way users interact in the digital world, and we are racing ahead to remain at the forefront of technology, connectivity and mobility."

Mr. Vestberg, 52, is a relative newcomer to Verizon. He joined the company in April 2017 from Ericsson, where he worked for 25 years, the last six as chief executive. He was ousted from the Swedish telecom company in 2016 amid criticism that he had not been aggressive enough in cutting costs and that he lacked a strategic focus.

Mr. McAdam became Verizon's chief executive in August 2011. During his tenure, he took big steps to prepare the company for the upheaval now roiling the telecommunications industry. In that time, the company's share price has increased nearly 40 percent, to $49.01. Verizon shares were down a little less than 1 percent in early trading on Friday.

Mr. McAdam, 64, will continue as Verizon's executive chairman until he retires at the end of the year, the company said. Mr. McAdam also helped steer Verizon into the business of digital content in a bid to become more than a provider of phone and internet services. He spent billions of dollars buying companies like AOL and Yahoo.

The telecommunications industry has experienced rapid change in recent years, as consumers flock to wireless devices and view more content online. The shift has persuaded service providers to pursue deals to become ever bigger, and in some cases more diverse in their offerings.

Companies like Sprint and T-Mobile, which are themselves in the midst of a planned merger, contend that building a 5G network requires tens of billions of dollars in investments that only an enormous corporation can afford to make.

Verizon's main competitor, AT&T, has followed a different path, bidding $85.4 billion for Time Warner to both create content and the services on which to watch it. The Justice Department has challenged the deal on antitrust grounds, with a federal judge expected to rule on the matter on Tuesday.

Other companies have sought to retain customers by offering them a more services. Comcast, for example, has won hundreds of thousands of customers for its mobile phone service by bundling it with cable television plans.

Mr. McAdam had stuck to his strategy of improving Verizon's network - it regularly receives industry accolades for its performance and reach - and focusing on digital content properties rather than traditional ones. (Verizon had shown some interest in buying CBS, but Mr. McAdam said that he was not interested in such an old-line media company.)

Mr. Vestberg's rise to the top of Verizon coincides with moves by companies around the world to prepare for the advent of 5G services. Such technology, although costly to introduce, will make tasks like streaming entertainment faster and easier, and provide a foundation for further advances in sectors like autonomous vehicles and internet-connected devices.