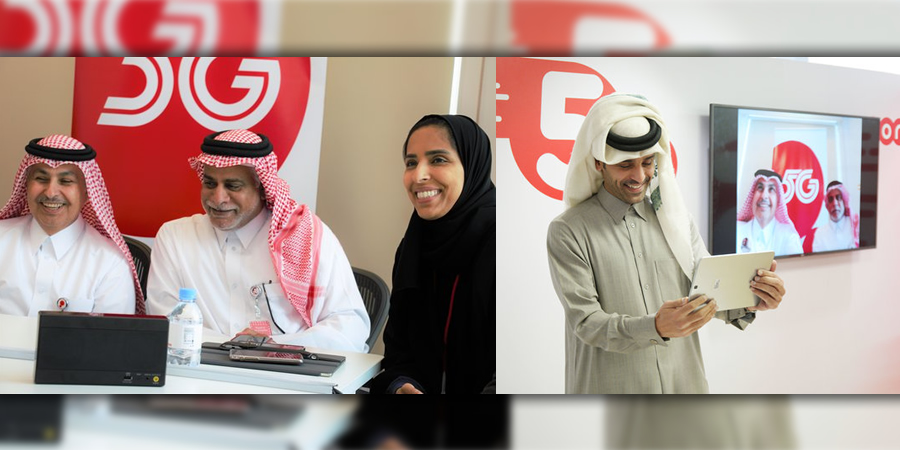 The call was originated by Sheikh Saud from Ooredoo’s headquarters in Doha, and received by Sheikh Mohammed in Ooredoo Kuwait’s headquarters. It took place using 5G CPEs connected at 5G speeds of up to 1 Gbps showcasing the incredible potential of 5G.

Ooredoo Qatar became the first operator in the world to launch a live, commercially available 5G network in May 2018 and has since worked tirelessly to ensure it will be ready for use as soon as 5G devices become commercially available. 5G is set to revolutionize mobile and fixed connectivity, with super-fast internet speeds, extreme throughput and low latency.

Also, Ooredoo Kuwait had announced the launch of the trial 5G for its customers last June 2018. The 5G trial launch came as the company prepares to release the biggest network of the revolutionary internet of the future across Kuwait in 2019. This comes in tandem with Ooredoo Group’s plans to roll out 5G across its markets, following the launch of the new high capacity technology in Doha.

Detailed 5G network testing is now underway across both the Qatar and Kuwait 5G networks, and plenty of the incredible possibilities of 5G have already been showcased by Ooredoo, including a driverless aerial taxi, 5G broadband in a moving vehicle and never-before-seen gaming quality.
With this announcement, Ooredoo joins major global telco players in successfully trialing 5G calls.

Speaking about the landmark call, Sheikh Saud Bin Nasser Al Thani, Chief Executive Officer, Ooredoo Group, said: “We were immensely proud to be the first in the world to launch a live, commercially available 5G network and today, our pride increased as we conducted the first international 5G call in the region. Being at the forefront of technological development, to ensure our customers and Qatari citizens and residents will be the first to enjoy the incredible capabilities of 5G, is of paramount importance to us and we are delighted to announce the success of this call, marking yet another crucial step along the way to widespread, life-changing 5G adoption.”