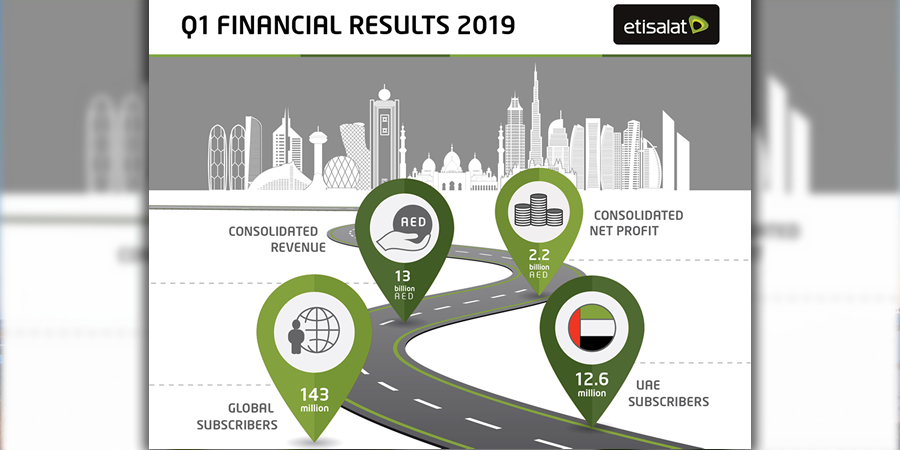 Etisalat Group announced its consolidated financial statements for the three months ending 31st March 2019. The ‘Most Valuable Telecoms Brand’ in MENA as identified by Brand Finance, has also signed partnerships and launched new services in Q1 to further uphold the UAE’s digital journey.

Consolidated EBITDA totaled AED 6.6 billion, representing an increase of 2% year over year and resulting in EBITDA margin of 51%.

Eng. Saleh Abdullah Al Abdooli, Etisalat Group CEO said, “Etisalat’s solid performance of the first quarter is a promising start for 2019, an extension for our achievements of last year, and a testimony to the efforts in realising our vision and ambitions toward “Driving the digital future to empower societies.”

“Etisalat achieved the most valuable telecom brand in the MENA region, yet another significant milestone attributed to our digital efforts. Etisalat infrastructure continues to play a key role in our goal to bring-in full scale digital transformation. The consistent efforts and investment in our network has helped position the UAE as a global leader in FTTH penetration among all its international counterparts for a third year in a row”.