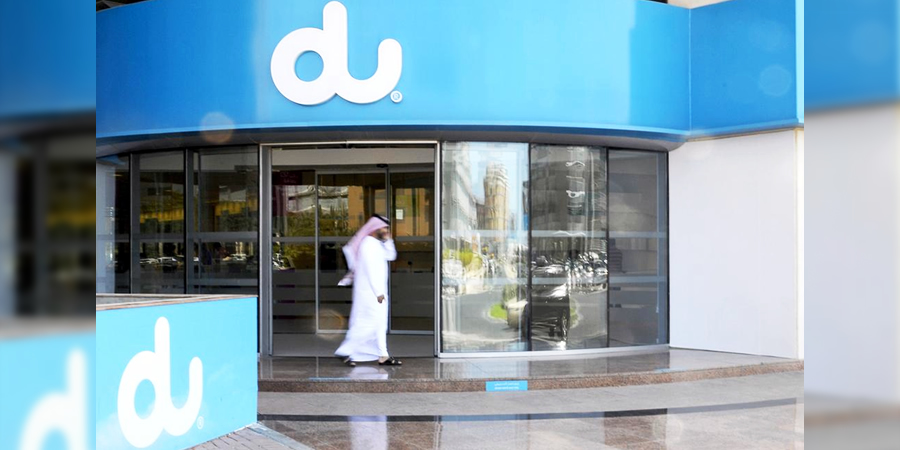 Emirates Integrated Telecommunications Company PJSC (DFM: “du”) has published its financial results for the three months ended 31 March 2019, announcing revenue of AED 3.14 billion, compared to AED 3.33 billion in Q1 2018, driven by a decline in mobile revenue, which is partially offset by growth in fixed revenue.

In Q1 2018 EITC recorded a one-off benefit related to regulatory costs, which positively impacted company profitability for the year 2018. Consequently, and excluding the one-off benefit, like-for-like EBITDA and net profit after royalty increased by 4.7% and 14.0%, respectively in Q1 2019 as compared to the same period last year.
First Quarter 2019:

“We had a good start to the year, focusing on driving efficiency across the business to maintain profitability and increasing our capex spending as we prepare for the 5G launch later this year.

“Industry wide challenges with continued pressure on voice revenues and data monetisation are reflected in our top line results, with revenue decreasing 5.7% to AED 3.14 billion in Q1 2019, mainly driven by the decline in mobile revenues of 8% to AED 1.66 billion. During the quarter, we launched a limited time offer for post-paid power plans, featuring unlimited data, to reward loyal customers.

“Despite the decline in revenue, like-for-like EBITDA increased by 4.7% to AED 1.42 billion, and net profit after royalty increased by 14.0% to AED 449 million, reflecting good operational efficiency across the business.

“The decline in our mobile base is a result of a clean-up of our prepaid base in line with the “My Number My Identity” Campaign and our strategy to focus more on the higher value post-paid segment, which was indeed up by 12.4% in Q1 2019 compared to the same period last year.

“We take a long-term view and remain focused on implementing our strategy to drive more efficiency in our core business, while capturing new areas of growth through ICT as we reposition our company for the future of the telecom business. We have a strong capital position, enabling us to make the right investments in our business. Capex spend in Q1 2019 was AED 181 million, up by 74% compared to the same period last year, as we are ramping up preparations for the launch of 5G.”

Reflecting the importance of ICT in the company’s strategy, EITC announced the appointment of Mr. Peter Larnholt as the Chief Information Officer. “I am pleased to welcome Peter Larnholt to our leadership team, who brings a wealth of experience from the ICT and telecommunications sector and who will help drive forward our digital strategy,” continued Mr Sultan.

During the quarter, EITC announced a partnership with Nokia, Affirmed Networks and MediaTek to launch next generation Narrow-Band IoT services, leveraging our purpose-built IoT platform. This new technology is critical to the successful adoption of 5G, as it will enable devices to deliver a wealth of smart city applications ranging from smart metering, smart parking, trackers, smart health, industrial and agriculture use cases.