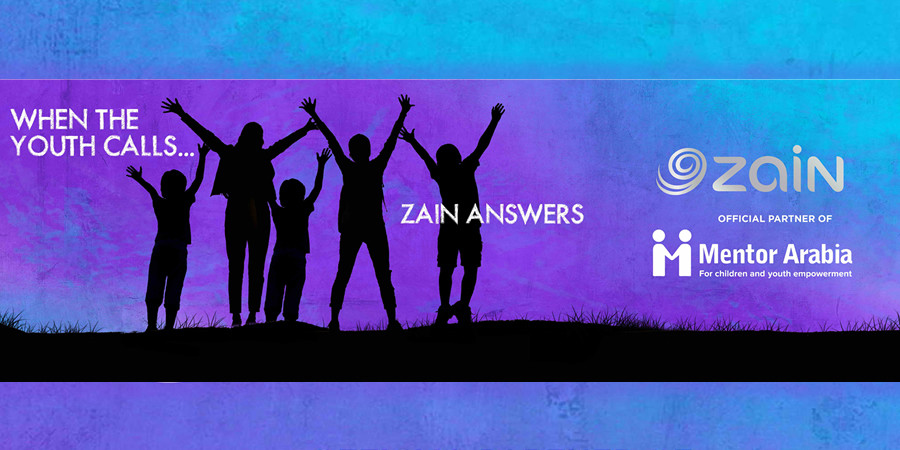 touch, managed by Zain, announces that Zain Group, a leading mobile telecom innovator in eight markets across the Middle East and Africa, has entered a strategic partnership and supports Mentor Arabia Foundation, the regional branch of Mentor International, founded in 1994. The mission of Mentor Arabia is to empower Arab children and youth to prevent them from risky behaviors through policies, capacity development, advocacy, knowledge and partnerships.

Mentor International, registered in Switzerland and based in Stockholm, Sweden; is a non-profit foundation presided by Her Majesty Queen Silvia of Sweden, and has branches in the USA, UK, Latvia, Sweden, Germany, Lithuania, and Denmark. The regional branch, Mentor Arabia, was founded in 2006, with its headquarters established in Beirut, Lebanon.

Mentor Arabia foundation is led by a reputable board of trustees, chaired by Prince Turki Bin Talal Bin Abdul Aziz Al Saud and consists of representatives from multiple regional and international organizations; alongside leading public figures, youth, specialists and scientists in related fields.

The foundation seeks to strengthen joint Arab and international cooperation and to build a solid alliance to accelerate the momentum in halting the spread of substance use and other dangerous phenomena among youth in the region.