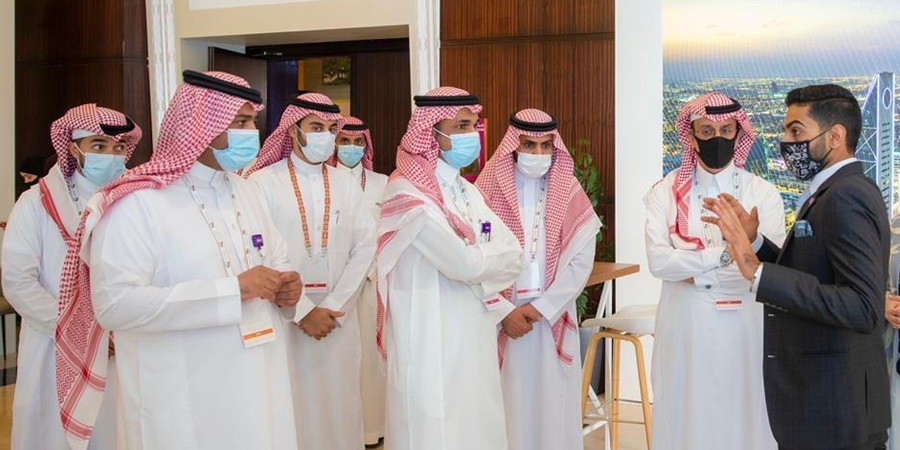 stc Group successfully collaborated with the G20 Saudi Secretariat as a digital enabler for the Saudi G20 presidency. The Saudi-based company provided critical telecommunications and digital services for all meetings of the G20 summit, expanding its 5G network by 130% to accommodate the increase in digital services during the G20 summit.

It also provided its infrastructure for the largest optic fiber network in the region, its facilities for big data centers around the Kingdom, and its international gateways by expanding them by more than 50% to exceed 8 terabit/s through three stations for global continental submarine cables, connected to more than four submarine cables using the GeoMesh technology – which is the latest protection and distribution system in the world. This system is used for the first time in the region to secure stc's services system in general, as well as data and audio solutions during the G20 virtual summit in particular.

Additionally, stc mobilized engineering and technical manpower around the clock in the correspondence control centers in Riyadh and in the field to work on stc's facilities and together with the company's public and private partners.

stc also designed, implemented, expanded, and protected data circuits and related systems in the G20 digital solutions, and enhanced them with extensions exceeding 100% and with protection systems that include over 90 security standards as part of stc's precautionary measures to protect the telecommunications infrastructure from any hacking or disruption attempts, thus enabling the network to transfer the required traffic with a smoothness that suits such a historic event.

On a related note, many stc leaders took part in G20 committees and the preparation of the G20 agenda. They also contributed to the preparation of the recommendations that were submitted to the G20 by the B20 group. For instance, Nasser Sulaiman Al Nasser, stc Group CEO, was the B20 Digitalization Taskforce Chair; while Mathad Faisal Alajmi, VP and General Counsel of Legal Affairs, was the B20 Integrity and Compliance Taskforce Chair; and Nasser Al-Jareed, Director of the Workers' Committees Support Program in stc and Chairman of the Saudi National Committee of Workers Committees (SNCWC), acted as the Head of the L20 Workers' Communication Group.

The G20 International Media Center also provided the "This is Saudi Arabia" platform, which was mainly focused on rediscovering Saudi Arabia through a new perspective, highlighting tourist sites and national heritage in an innovative technical manner, and enabling media professionals covering the summit to learn more about key Saudi tourist sites.