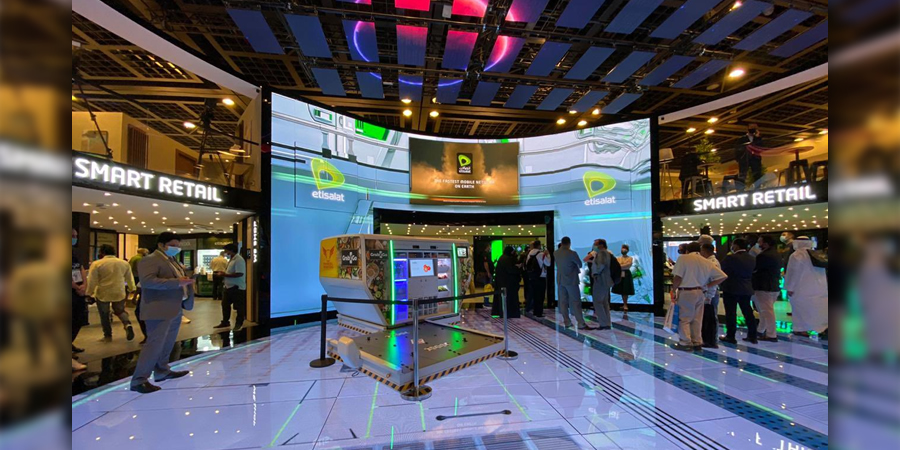 In yet another milestone in the 5G journey, Etisalat has achieved the world’s fastest 5G download speed of 9.1 Gigabits per second.

The throughput has been achieved by aggregating multiple commercial spectrum band of n78(3.5GHz), n41(2.6GHz) and millimeter wave n258(26 GHz). This was accomplished through a prototype 5G device that aggregates all three bands.

“Today’s landmark announcement is a result of Etisalat’s efforts in building a robust 5G network, and 9.1 Gbps is truly a huge leap forward in the 5G era to offer a speed 30 times faster than a 4G average throughput. This will have a significant and profound change on individuals, industries, society and the economy, transforming how we live and work.”

Etisalat has led the telecom sector and in the region with the deployment of the 5G network setting a major benchmark in the industry by becoming the first telco in MENA in May 2018 to launch the commercial 5G network providing fixed wireless service in the UAE. This was followed by another major substantial breakthrough in its 5G journey by connecting and partnering with Expo 2020 as the first major commercial customer in the Middle East, Africa and South Asia (MEASA) region to access 5G services.

In May 2019, Etisalat was the first telecom operator in MENA to enable its customers to experience the power of the 5G network and release the first 5G handset before many others. Etisalat also became the first telco in MENA to provide indoor 5G coverage in selected buildings in the country.

Etisalat’s mobile network was recently recognised by Ookla as the fastest in the world showcasing high speeds all throughout this year. UAE network ranked with the fastest mobile download speed worldwide in January, March and July 2020.

Etisalat is also the winner of Ookla’s Speedtest Awards for fastest fixed broadband network in Q3-Q4 2019 and was recognised in the same year as the leading operator for fastest mobile and broadband network. With a download speed of 115.89 mbps and an overall ranking in the ‘Speed Score’ at 98.78, Etisalat is the only operator globally to rank higher than 90 as per Ookla Speedtest data.