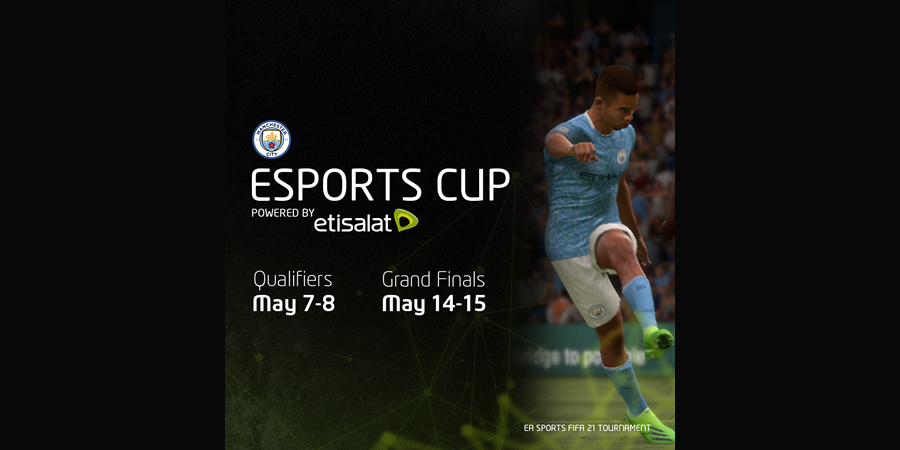 Etisalat announced the launch of an Esports tournament with Manchester City Football Club, targeting the FIFA gaming community across UAE and Egypt during Ramadan.

Esports is the latest development in Etisalat’s long-term partnership with Manchester City as the Official Telecom Partner of the Club.

Etisalat is one of the Official Partners of Manchester City’s global Esports programme, in addition to sponsoring the Club’s esports kit worn by its professional FIFA esports players. The partnership is an opportunity to be a global driver of Esports and connect in new ways with an ever-growing community of gamers in the countries where Etisalat operates.

The online FIFA tournament is a great opportunity to be engaged at home during the holy month of Ramadan, and is targeted at gamers in UAE and Egypt on the PlayStation gaming console. It is organised by Electronic Sports League (ESL), an esports organiser and production company known for producing video game competitions globally. The Grand Finals will be broadcast live on Twitch and YouTube, with cash prizes and two PlayStation 5 consoles being given away to the winners.

In addition to enjoying success on the pitch, Manchester City are aiming to lead the way in the esports world with Shaun ‘Shellzz’ Springette recently emerging as the ePremier League Champion, qualifying to compete in such tournaments as FIFA Global Series European Playoffs.

Shellzz is joined by Ryan Pessoa as part of Man City’s FIFA esports team representing the Club in major competitions around the world, with Pessoa competing on Xbox and Shellzz on PlayStation. Both players are recognised by the gaming population and regularly engage with fellow gamers through their Twitch and Facebook channels.