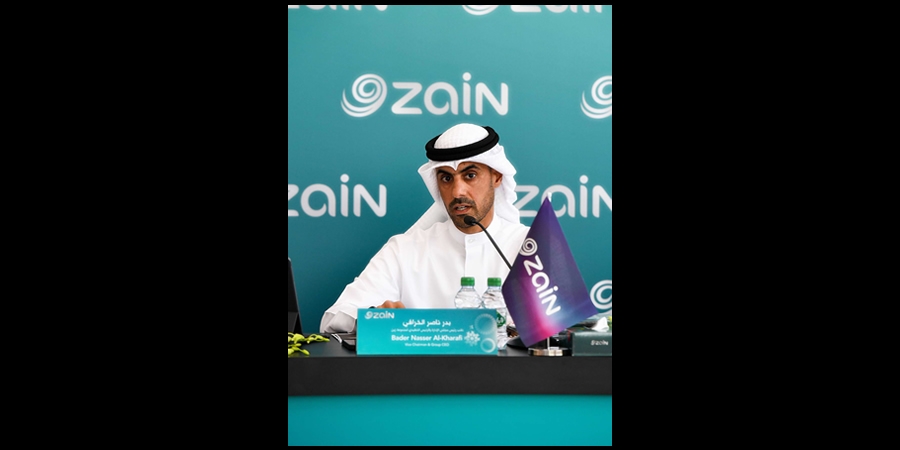 Zain Group, a leading mobile innovator with operations in seven markets across the Middle East and Africa, announced its consolidated financial results for the first quarter (Q1) ended March 31, 2021. Zain served 48.5 million customers at the end of the period.

Zain Group’s resilient results for Q1 2021 were achieved despite the widespread disruption in economic and social activity caused by COVID-19, further compounded by the recent and significant currency devaluations in Iraq and Sudan.

It should be noted that the impact of the pandemic on the business was minimal during Q1 2020, given its early stage of spread at the time, however in Q1 2021 the impact was more profound.

Kuwait witnessed impressive growth in 5G consumer and B2B customers, with Zain Saudi Arabia expanding its 5G network to over 50 cities covering all regions in the Kingdom.

Commenting on the Q1 2021 results, chairman of the board of directors of Zain Group, Ahmed Al Tahous said, “The board and executive management have been focused on minimizing the ongoing impact of COVID-19 and significant currency devaluations in Iraq and Sudan on the business. We are dedicated to ensuring our mobile networks are operating at optimal levels and providing meaningful connectivity to the communities we serve. I would like to thank all the government entities and regulatory authorities across our markets for their proactivity and cooperation with the telecom sector at large, in supporting operators, mobile consumers and societies during these times.”

Bader Nasser Al-Kharafi, Zain vice-chairman and Group CEOcommented,“The Group’s resilient performance for the quarter reflects the reality of the unavoidable combination of both COVID-19’s ongoing disruption on socio-economic activity and the impact of currency devaluations on the business. Nevertheless, our culture of innovation has been invaluable at this time of rapid change, and our business continuity strategy has been executed impressively to counter these factors. Management has proactively undertaken numerous decisive digital transformation and cost optimization initiatives while maintaining healthy cash flows, and both Zain Iraq and Zain Sudan have recently taken measures in dealing with currency devaluations by revamping prices and offering new attractive data monetization packages.”

“Our operational focus has been centered on expanding and monetizing our 4G, FTTH and 5G networks creating vast and lucrative opportunities particularly related to Enterprise (B2B) services to government and businesses of all sizes. At the same time, we continue to make significant progress in raising the company to new heights and maximizing value for shareholders through our ‘4Sight’ strategy. We are evolving the company’s core telecom business and building on its many strengths to selectively invest in growth verticals beyond standard mobile services.”

During the quarter, the operator witnessed impressive growth in both 5G mobile and broadband customers and resulting revenue capturing the largest 5G market share in the country. Continual innovation and digital transformation saw the launch of a new and dynamic customer app offering many new features, as well as enhancement of its web and zBot chat service. From a B2B perspective, Zain Kuwait partnered with the Ministry of Interior to revamp the Kuwait TV app to live stream 9 local video and 11 radio channels. Also, the operator entered deals with Kuwait International Bank and Boubyan Bank for data related services.

Iraq
Zain Iraq’s Q1 2021 revenue reached USD 184 million and EBITDA amounted to USD 75 million, reflecting an EBITDA margin of 41%. The operation reported a net profit of USD 12 million for Q1 2021. The operator served 16.2 million customers maintaining its market leading position. It should be noted that on December 19, 2020, the Iraqi dinar was officially devalued by 19% from 1,190 to 1,470 (IQD / USD), impacting Revenue by USD 43 million.