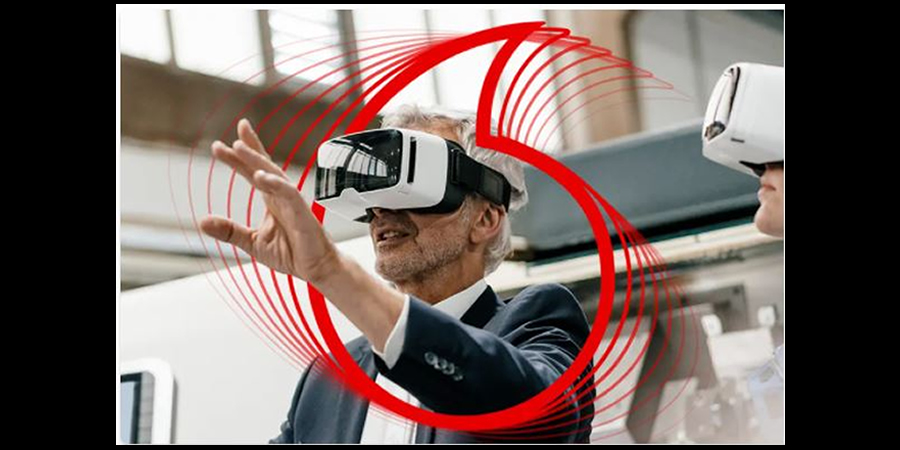 For the year ended 31 March 2021, Vodafone reported Group revenue decline by 2.6% on an annual basis to €43.8bn (FY20: €45.0 billion). The company said, “our good underlying momentum and the benefit from the acquisition of Liberty Global’s assets in Germany and Central and Eastern Europe was offset by lower revenue from roaming, visitors and handset sales, adverse foreign exchange movements and the disposal of Vodafone New Zealand.”

The Group made a profit for the financial year of €0.5 billion (FY20: loss of €0.5 billion). The profit increase was attributed to higher operating profit and the recognition of mark-to-market gains (FY21: €1.1 billion, FY20: losses of €1.1 billion). These factors were partially offset by higher income tax expense in the current year, primarily due to a noncash charge of €2.8 billion following a decrease in the carrying value of deferred tax assets, according to the statement.

The company’s outlook for fiscal 2022, expects adjusted EBITDAaL between €15 billion euros and €15.4 billion.

Commenting on the result, Nick Read, Group chief executive said, “I am pleased that we achieved full year results in line with our guidance and we exited the year with accelerating service revenue growth across the business, with a particularly good performance in our largest market, Germany. We have delivered on the first phase of our strategy to reshape Vodafone as a stronger connectivity provider – including the simplification of the group to Europe and Africa, the successful IPO of Vantage Towers (€13.2 billion market capitalisation), the fast roll out of our next generation mobile and fixed networks, share gain in broadband subscriptions and continued reduction in customer churn. Our digital transformation initiatives have generated savings of €0.5 billion over the year and the integration of the assets acquired from Liberty Global is well ahead of plan.”