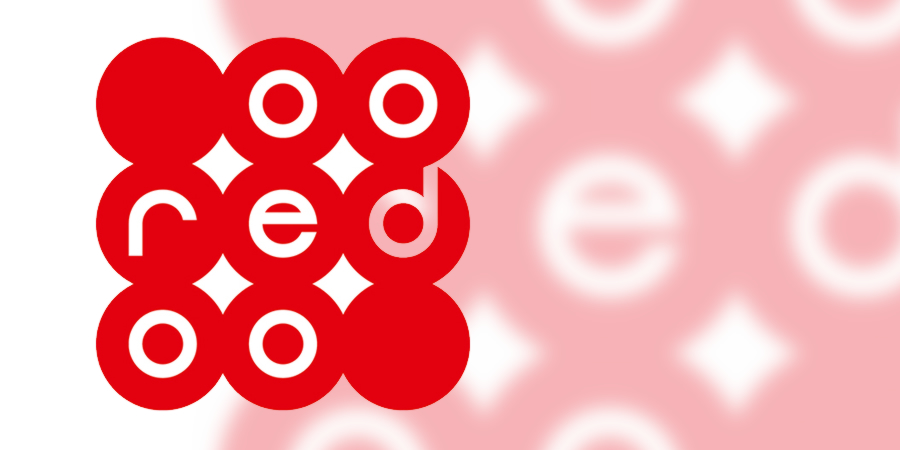 Ooredoo Group announced the results for the half year ended 30 June 2021. First half 2021 revenue stood at QAR 14.5 billion, an increase of 3% compared to the same period last year, mainly driven by growth in the operator’s operations in Qatar, Indonesia, and Tunisia. Excluding FX impact, revenue increased by 5%.

Group EBITDA for H1 2021 was QAR 6.4 billion with a corresponding EBITDA margin of 44%, driven by growth in Indonesia, Qatar, Kuwait, Tunisia, and Algeria. The EBITDA growth rate stood at 7% and at 10% excluding FX impact.

Consolidated customer base increased by 1% due to growth in Indonesia, Oman and Iraq, offsetting the decline in other markets.

On May 11, regulators approved Indosat Ooredoo’s sale and leaseback agreement with Edge Point Indonesia for more than 4,200 telecommunications towers. The transaction was valued at USD 750 million, making it one of the largest deals of its kind in Asia.

On June 30, Ooredoo Group extended the exclusivity period of the non-legally binding MoU with CK Hutchison to August 16, 2021, in relation to a potential transaction to combine their respective telecommunications businesses in Indonesia. This extension will provide more time to complete the ongoing due diligence and negotiate the final terms of a possible combination of the entities.

Commenting on the results, HE Sheikh Faisal Bin Thani Al Thani, chairman of Ooredoo, said, “We had a good first half of the year, with a revenue increase of 3%, as we further progressed our digital strategy, whilst effectively managing our costs and overheads to support the growth of our business across our various markets. Consequently, our EBITDA margin improved to 44%, up from 42% for H1 2020, despite the challenges presented to us due to COVID-19.

“Our response to the pandemic and our robust strategy enabled us to report solid operational and financial performance.  The confidence of our customers resulted in an increase of our customer base by an additional one percent. We continue to focus on providing reliable connectivity and innovative products to our customers and are proud to be leading in this space.”

Despite the decrease in population and the QAR 3.5 million financial sanctions that were imposed on the company by the Communications Regulatory Authority, Ooredoo Qatar recorded a very strong performance. Compared to Q1 2021 Service Revenue grew by 6% and Ooredoo ONE ‘All-In-One' Home Service contributed to a 1% growth in the Ooredoo tv customer base. The launch of new Post-paid plans bundling OTT contents and ongoing shift towards app-based business delivery enhanced customer convenience and boosted optimisation efforts.

Ooredoo Qatar continued to expand its business offering during the period by strengthening its connectivity portfolio and supplementing it with ICT services. Ooredoo as the lead consortium member launched the TASMU Platform, a partnership with the Ministry of Transport and Communication in conjunction with an international consortium under the patronage of His Excellency the Prime Minister and Minister of Interior. TASMU targets five priority sectors namely transportation, healthcare, logistics, environment, and sports where advanced technology and innovation can be harnessed to provide smart solutions and applications.

Ooredoo Oman
Ooredoo Oman reported a decrease of 5% in revenues due to lower consumer mobile prepaid revenue. However, post-paid revenue continued to grow, driven by the demand to convert prepaid to post-paid, resulting in a revenue of QAR 1.2 billion. EBITDA decreased by 10% to QAR 618 million, and EBITDA margin was 52%, down from 54% in H1 2020.

5G continues to perform exceedingly well in Oman, and adoption of online and digital channels continues to grow due to the movement restrictions associated with COVID-19, resulting in an 8% increase in customers to 2.8 million during the first half of 2021 as compared to the same period last year.

On May 20, Ooredoo Oman announced the appointment of Noor Al Sulaiti as Chief Executive Officer, the first female CEO in one of Ooredoo Group’s key markets.


The COVID-19 pandemic continued to put pressure on Ooredoo Kuwait’s performance during the period. The company reported a slight increase in revenue of QAR 1.2 billion in H1 2021. EBITDA increased 13% in H1 2021, supporting an improved EBITDA margin of 29% in H1 2021, up from 26% compared to the same period last year.

Asiacell - Iraq
Asiacell reported revenue of QAR 1.7 billion during the first half of 2021, a decrease of 12% due to the devaluation of the Iraqi Dinar by 17%, and an improved EBITDA margin of 46% driven by ongoing cost optimisation initiatives.

Asiacell has invested in its digital transformation programme driven by the need to offer a safe and convenient service to its customers and was recognised for these efforts at the International Finance Awards, for the second year in a row.

Ooredoo Algeria
Despite partial home confinement measures imposed in Algeria, the main macroeconomic indicators in Algeria started showing early signs of recovery in economic activity especially as the government launched its national vaccination programme. As a result of this recovery, Ooredoo Algeria’s EBITDA showed an 8% increase in H1 2021 compared to same period last year. The company’s focus on efficiency and cost optimisation supported a healthy EBITDA margin of 36% in H1 2021. Revenue stood flat at QAR 1.1 billion, in local currency terms it has increased by 8%.

On May 20, Ooredoo Algeria announced the appointment of Bassam Yousef Al Ibrahim as chief executive officer.

Ooredoo Tunisia
Ooredoo Tunisia delivered a strong set of results despite effects of COVID-19 pandemic on the economy, with revenue of QAR 793 million in H1 2021, an increase of 8% compared to the same period last year.

Ooredoo Tunisia reported an EBITDA of QAR 329 million for the first six months of 2021, up 5% compared to the same period last year. The company remains focused on the implementation of its value creation plan which includes expanding its digital proposition and streamlining its operations through the digitisation of its sales and distribution channels.

Ooredoo Tunisia changed the reporting of its prepaid customer’s base from the original life-cycle definition to 90 days network activity definition: customer base stood at 7.2 million

Indosat Ooredoo
Indosat Ooredoo reported a strong year on year growth with a 14% increase in revenue to QAR 3.8 billion, up from QAR 3.4 billion for the same period last year. Subsequently, the company reported a strong EBITDA growth of 24% to QAR 1.9 billion and a 5 percentage point EBITDA margin increase, reflecting improvements in operational efficiencies and top line growth.

Indosat Ooredoo’s relentless focus on enhancing customer experience, and offering simple products and pricing, led to a 5% year on year growth in its customer base to 60.3 million.

Furthermore, the Company is well ahead in its plans for network roll-out and capacity expansion and has successfully passed operational readiness tests for 5G.

On May 11, regulators approved Indosat Ooredoo’s sale and leaseback agreement with Edge Point Indonesia for more than 4,200 telecommunications towers. The transaction was valued at USD 750 million, making it one of the largest deals of its kind in Asia.

Ooredoo Myanmar
The political instability and unrest in Myanmar significantly impacted revenues as data access was restricted, and subsequently Ooredoo Myanmar reported a 16% decline in revenue and 9% decrease in EBITDA. However, with the easing of restrictions in May and June, data revenue improved, and Ooredoo Myanmar witnessed an increase in its customer base by 400,000 in the second quarter of the year.

The company continued to focus on cost optimisation as well as improving its carbon footprint by reducing the size of its SIM cards thereby decreasing plastic usage and eliminating the usage of paper by moving away from paper packaging.