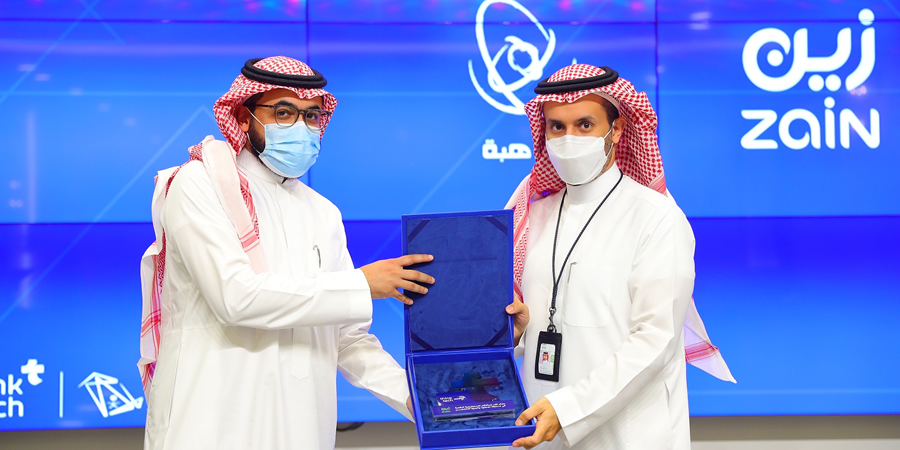 In its continuous commitment to support and develop young national talents in the digital entertainment sector in the Kingdom, Zain Saudi Arabia sponsored the second edition of the “Make and Play it for Juniors” competition, in the category of digital strategic sponsor, as part of its partnership with the Ministry of Communications and Information Technology (MCIT) within the ThinkTech initiative. This was in partnership with the Saudi Electronic Sports Federation, within the 2021 "Players Without Borders" season.

The competition targeted the youth category from 9 to 14 years old to teach them electronic games programming, discover their talents and support and guide them in this field. The competition focused at enabling them to live a different cognitive experience through introduction to the technical aspect of game development, training them on different development environments with expert mentors in the field. The competition has attracted 4,600 participants from all over the Kingdom.

Commenting on the initiative, the assistant undersecretary for Future Skills and Digital Knowledge, Eng. Faris bin Al-Saqabi, said, "The electronic games market is among the fastest growing in the world. The Kingdom's market in particular is the largest in the Middle East and North Africa, where the value of the Saudi games market reaches more than 3.6 billion riyals, with a growth rate of 13% annually.”

Commenting on this sponsorship, the chief communications officer at Zain Saudi Arabia, Mr. Rayan bin Abdullah Al-Turki said, “Wherever our young men and women are, there is Zain Saudi Arabia. We are always keen to support these special events and events, which are consistent with our vision of supporting electronic games in the Kingdom and providing the advanced infrastructure for them, thus providing a fertile environment for discovering, embracing and developing Saudi talents. The Kingdom is witnessing a remarkable development and tremendous growth in the field of manufacturing and developing electronic games by 41.1% annually, ranking 19th among the largest gaming markets in the world.”

In addition to the "Make and Play" competition, Zain Saudi Arabia recently announced its strategic sponsorship of the "ThinkTech Talk" forum, which aims to spread awareness about the industry and development of electronic games by highlighting inspiring local and international experiences in this field.

In confirmation of its leadership in the field of developing the electronic gaming environment in the Kingdom, Zain Saudi Arabia ranked first in the Game Mode report issued by the Communications and Information Technology Commission (CITC) for the second quarter of 2021 AD, in 4 electronic games: Fortnite, FIFA 21, APEX Legends and Dota2 , and the average response time of mobile internet in the city of Riyadh.

Zain Saudi Arabia also announced, at the beginning of this year, its cooperation with NVIDIA, the leading electronic games provider in computing, to launch the GeForce NOW cloud gaming platform, exclusively, on the fifth generation network (5G) in the Kingdom of Saudi Arabia.