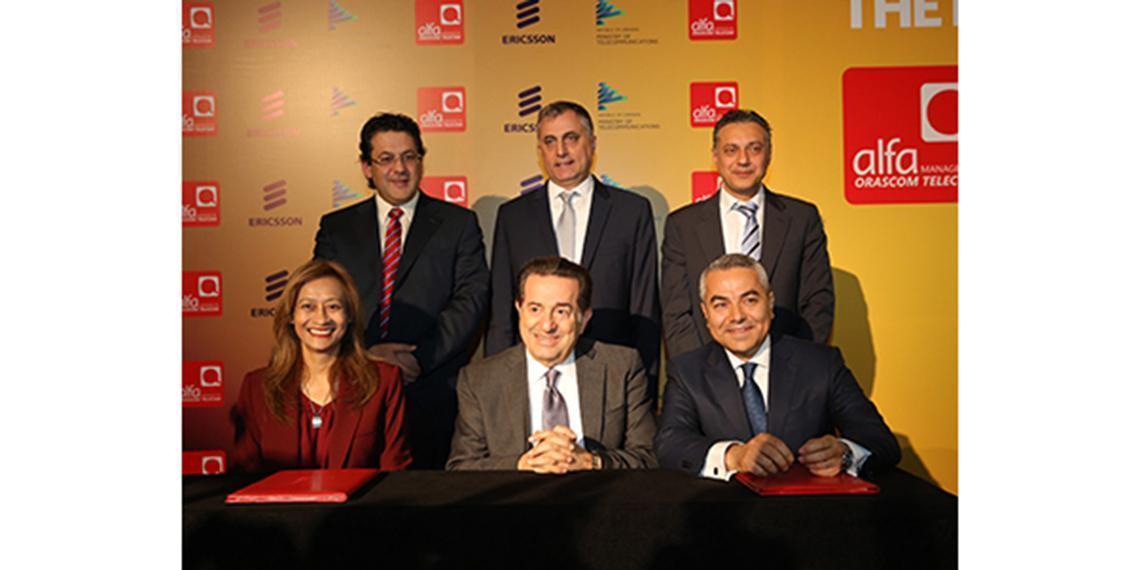 Under the contracts, a full 4.5G LTE Advanced coverage will be gradually deployed by Alfa on the entire Lebanese territory offering a record speed reaching 300 mbit/sec, in a new accomplishment for Alfa and the Ministry of Telecommunications in Lebanon.

During the ""The Road to 5G starts today with 4.5G"" celebration that took place at the Four Seasons Hotel, Alfa also signed two Memoranda of Understanding with the two companies to start working on exchanging information and expertise to ensure that the Alfa network is ready for the 5G technology with the purpose of introducing it in Lebanon by mid-2018.

The 4.5G LTE Advanced deployment contracts and 5G Memoranda of Understanding were signed, in presence of Minister Harb, by Alfa CEO and chairman Marwan Hayek, head of Ericsson Region Middle East and Africa, Rafiah Ibrahim on behalf of Ericsson, and vice-president and head of the Middle East Market Unit, Bernard Najm on behalf of Nokia.

The ceremony opened with the Lebanese National Anthem, followed by the speech of H.E Minister Harb who declared that this meeting today is the first practical step for a project that was announced at the beginning of July last year, and which aims at bringing Lebanon into the new world of the fourth generation of mobile technology.

Harb said: ""Lebanon enters today the era of 4.5G LTE in the whole country. There will not be any area left without this coverage. According to directions, and following the meeting with Ericsson today, and after the meeting I held with Nokia in Barcelona, the two companies are now committed and instead of extending the project finalization for the end of 2016, I would like to announce that we will be finishing the implementation of 4.5G LTE in all Lebanon by the end of September 2016.""

Following that, Mr. Hayek gave a speech. In the beginning he affirmed: ""Today, we as Alfa, Ericsson and Nokia, commit to all contracts and to submit projects within the deadlines."" He also mentioned: ""The 2020 plan launched by Minister Harb in July 2015 initiated several projects in the telecommunications sector, mainly and in addition to fiber optics, the project of developing mobile services and deploying 4.5G LTE technology in all of Lebanon. Alfa was the first to initiate this project in August 2015. So we launched a tender, followed by hard and exhaustive negotiations with our partners at Nokia and Ericsson to reach this achievement that we realized all together. In accordance with this achievement, we will equip and supply 1300 stations covering all Lebanese territories with 4.5G LTE technology. We mean all of Lebanon, so there will not be any excluded village from this coverage which will extend at the end of the project to 99.7% of the Lebanese territory.""