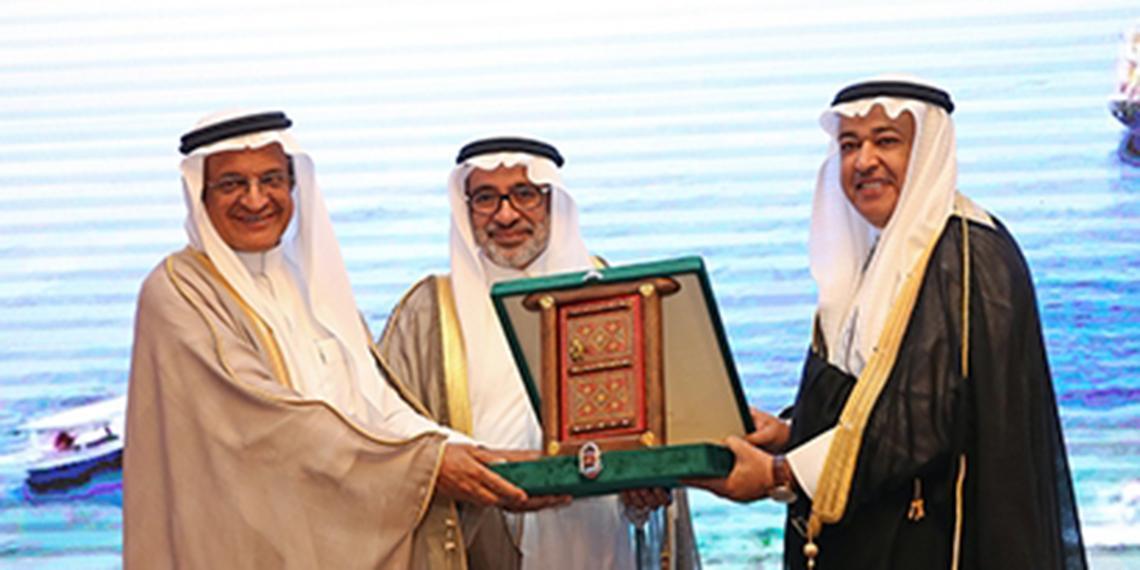 The Saudi Telecommunication Company (STC) recently inaugurated the landing of the Fifth Marine Cable (Sea Me We 5) under the auspices of the Minister of Communication and Information Technology (MCIT) Dr. Mohammed Al-Suwaiyel. Attending the ceremony was the Governor of Communication and Information Technology Commission Dr. Abdulaziz AlRuwais, President of the Royal Commission in Yanbu Dr. Alaa Nassif, Governor of Yanbu Mousaed Al-Salim, CEO of Alcatel Submarine Networks Mr. Frank Maccary, Chairman of STC Board of Directors Dr. Abdullah Alabdulqader, and STC CEO Dr. Khaled Biyari.

The 20,000-km long cable represents the most up-to-date technology in marine cable systems. Tethered from Singapore to France, 19 international operators invested in the cable, which makes 20 pit stops in 18 countries.

Celebrating the occasion before dignitaries from the telecommunications industry and Yanbu governorate, Dr. Biyari highlighted the role of STC in the marine component of the international telecommunications grid. He recalled that STC first introduced Internet service to Saudi Arabia in 1998 when the bandwidth was at mere 4 Mbps, while today it has reached almost 4 Tbps (i.e. million-fold).

Dr. Homoud Al-Kussayer, STC VP for Wholesale explained how Saudi Arabia played a pivotal role as a telecommunications hub between the Far East and Western Europe. He said Yanbu was selected as a landing site for ease of connections to both Riyadh and Jeddah, as well as the fact that the seabed off its shore is very favourable for submerging the marine cable.

MCIT Minister Al-Suwaiyel then gave the captain of the ship laying the marine cable permission to proceed with the landing of the cable from the vessel to shore.

Once landing in all international sites is complete, the marine cable will go into operation; current expected date is set for December 2016. The cable will boost bandwidth to 24 Tbps in order to meet the ever-increasing demand for broadband and Internet services along with their applications. In addition to investing in marine cable systems, this jump in demand for broadband has prompted STC to invest heavily in the LTE/4G and LTE/4G advanced networks and fiber optic networks for business and residential use.