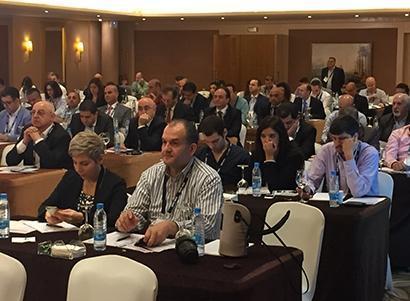 On 25 April, Lebanese public network operator OGERO announced that it would deploy IPv6 on its network before the end of the year. The announcement was made by Dr. Abdul Menhem Youssef, CEO and chairman of OGERO at the first RIPE NCC Levant Regional Meeting in Beirut. The event took place under the patronage of His Excellency, Botros Harb, the minister of telecommunications in Lebanon, hosted by OGERO and supported by the American University of Beirut and Data Consult.

Dr Youssef said: ""Our meeting today with RIPE NCC is to discuss several topics related to the internet and the new Protocol IPV6. He pointed out that Lebanon has made numerous efforts and activities in order to stimulate the internet industry. We need the extra effort to support the Telecommunication Regulatory Authority in Lebanon and create Liban Telecom.""

Paul Rendek, director of External Relations at the RIPE NCC, says the latest announcement by OGERO is an outcome of the RIPE NCC's involvement in Lebanon over recent years. ""We've been pleased with the development of the relationships we have with the internet community and RIPE NCC members in the Levant area. This has allowed us to provide support and expertise to make a case for IPv6 and discuss other related internet issues.""

A Threat Intelligence roundtable meeting, which was held alongside the Levant meeting, provided an opportunity for the RIPE NCC to share information with its members in the Lebanese financial sector - concerning threat intelligence, DDoS attacks, phishing, and other malicious online activities.

Finally, a new RIPE Academic Day was held at AUB on Wednesday 27 April for the academic sector to learn how the internet works - both technically, and from a global governance perspective. The session also covered the RIPE NCC's work to forge closer ties between the academic and technical communities.

The meeting was part of the RIPE NCC's strategy of closer engagement with its members in the Middle East, following the establishment of its Dubai regional office in 2014. This is the first regional meeting of its kind that the RIPE NCC has held in the Levant. With over 13,500 members across 76 countries in its service region, the RIPE NCC engages regularly with network operators in a number of different regions. Regional meetings help it to engage with network operators directly to hear their concerns and update them on any changes in the wider internet community (such as addressing policy changes). There are 97 RIPE NCC members based in Lebanon.