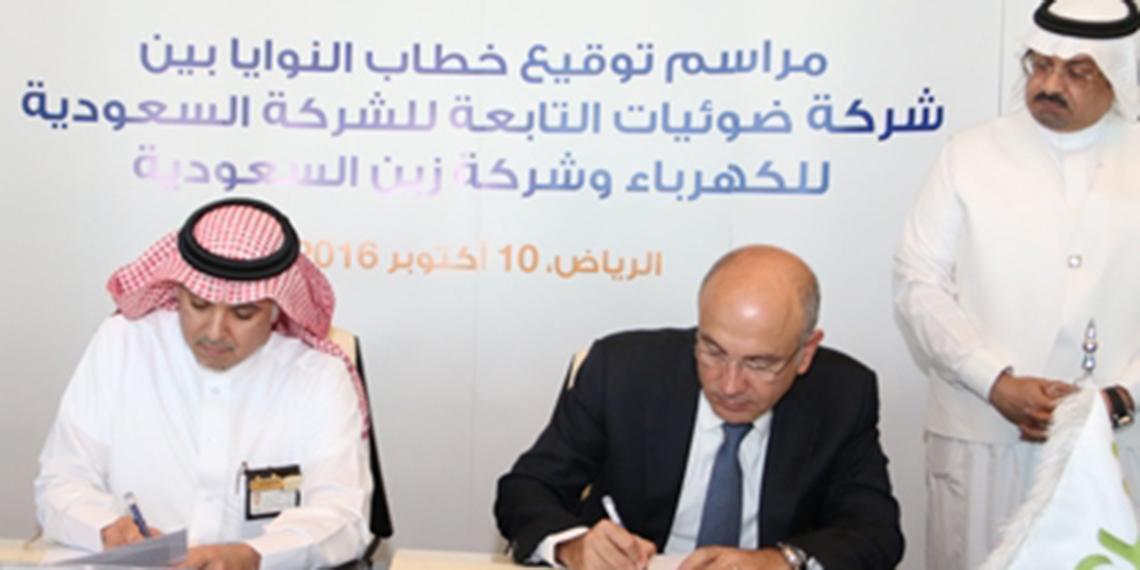 Dawiyat a subsidiary of Saudi Electricity Company signed a Letter of Intent with Saudi Arabia Zain, in order to cooperate in the utilization of the SECâ€™s fiber-optic network by Zain Saudi Arabia, mutual marketing of both companiesâ€™ services, and providing new locations to establish telecommunication towers and infrastructure.

Eng. Ziyad Bin Mohammed Al-Shiha, president and CEO of Saudi Electricity Company said: ""This cooperation between Dawiyat and Zain Saudi Arabia should lead to us offering smart solutions through data services in the Kingdom following a mutually feasibility study. In addition to supporting the digital infrastructure of the electric grid; especially the Internet of Things applications, subject to viable commercial conditions and appropriate approvals.""

Mr. Hassan Kabbani, Zain KSA CEO, said: ""Zain is considering all available options of partnership to provide the best services to its customers, following the high order to grant the company a unified license to provide all telecom services. This cooperation will support the companyâ€™s transformation plan and enhance our position in market.""

Meanwhile Dr. Ahmed Sindi, Dawiyat chief executive officer, said: ""This agreement is a very important step in Dawiyatâ€™s strategy to partner with strategic and qualified companies such as Zain Saudi Arabia, to take advantage of the huge fiber-optic network deployed around the Kingdom. Dawiyat aims to facilitate the utilization of the network by telecom companies to better serve the sector.""

Dawiyat a subsidiary of Saudi electricity company obtained a License early this year to provide telecom through a fiber-optic network which is considered one of the largest and latest networks in the region. Thus strengthen the telecommunication sector in the Kingdom and enabling companies to benefit from 51,000 kilometers of fiber optics covering more than 13,000 town and village. In addition, GCC Electric Connection Network and the international Electric Connection supported with fiber optic.