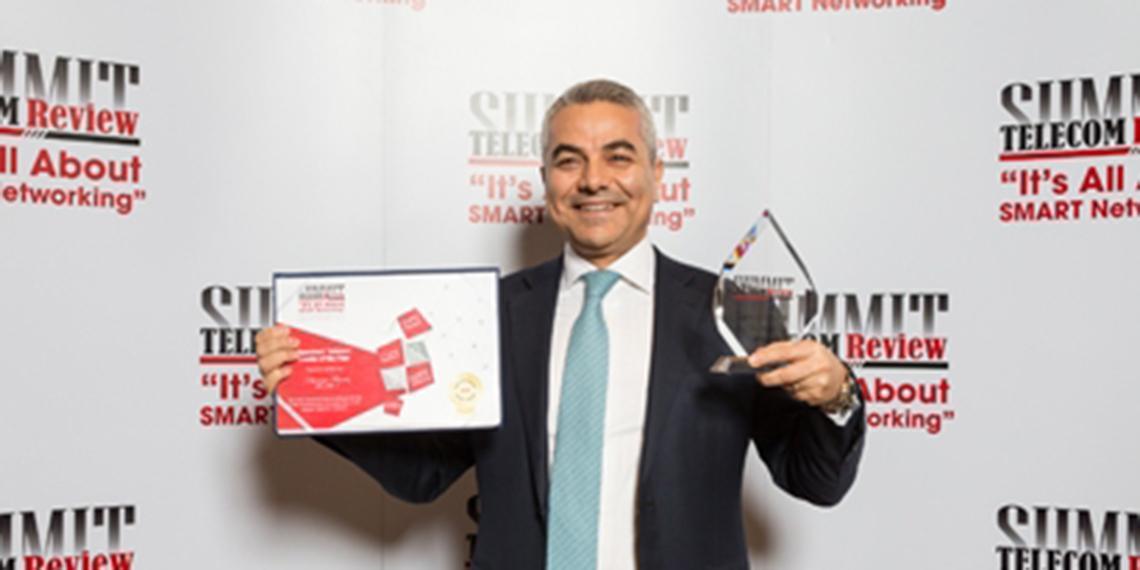 Chairman and CEO of Alfa, Marwan Hayek has won the Man of the Year in the Middle East Award (Operator Telecom Leader of the Year), in recognition of his achievements in the telecommunications sector and the development that he has brought to the sector in Lebanon through the strategy he adopted since taking office in 2010, which enabled Alfa to rise to the leading position in the fields of technology, services and social commitment; all which contributed to the creation of over 3,000 direct and indirect jobs in Alfa and the sector.

Hayek received the award granted by Telecom Review (TR), the monthly magazine specializing in telecommunications, at a celebration held on the sidelines of the ""It's All About SMART Networking"" Summit, organized by TR in Dubai, in the presence of international senior officials, executives and leaders in the telecom sector. Mr. Hayek also received the Best Corporate Social Responsibility Initiative Award, which was won by the company for its role in the field of Corporate Social Responsibility and sustainable development as part of the Alfa 4-Life CSR Program.

Hayek thanked the organizers for the two awards, pointing out that ""this honor is an honor for the entire Alfa team and for the team spirit which distinguishes Alfa, and through which we have proven that when we make a promise, we fulfill it"". He added: ""We were able together to make a vast leap in the telecommunications sector in Lebanon and in Alfa through the vision set by us as management to keep up with every state of the art in the world of telecommunications; we were pioneers in launching the 3G, 4G and 4G+ technologies in Lebanon; in addition, Alfa has become one step away from launching the first 5G station in mid-2018 after being the first to have signed first of their kind 5G memoranda of understanding in the region.""

Hayek indicated that this honor represents ""an incentive for us to continue embracing this approach through which Alfa has proven its leadership in Lebanon and the region as a pioneering digital operator in terms of technology, services and community contribution.""

For the past six years at the helm of Alfa, Hayek has been distinguished for his faith in the potential and capabilities of the Lebanese. He maintained excellent performance and growth in Alfa, despite all the surrounding circumstances. He managed through his strategy to bring Lebanon and Alfa back to the international and regional telecom map where Alfa occupied advanced rankings in terms of its network quality, and its 3G network quality has been ranked 7th in the world, according to international reports.

Hayek has given special attention to social responsibility, where under his management, Alfa, managed by Orascom Telecom, has invested nearly 2 million dollars in programs aimed at capacity building of marginalized groups and persons and children with special needs under its ""Alfa 4-life"" program. In addition, Alfa under Hayekâ€™s leadership launched a number of programs aimed at empowering young people, and supporting start-ups, social initiatives and young sport talents. Hayek has contributed to the creation of a supportive environment for Lebanese women and for the employment of people with special needs, whose quota has reached more than 3% of working staff within Alfa.