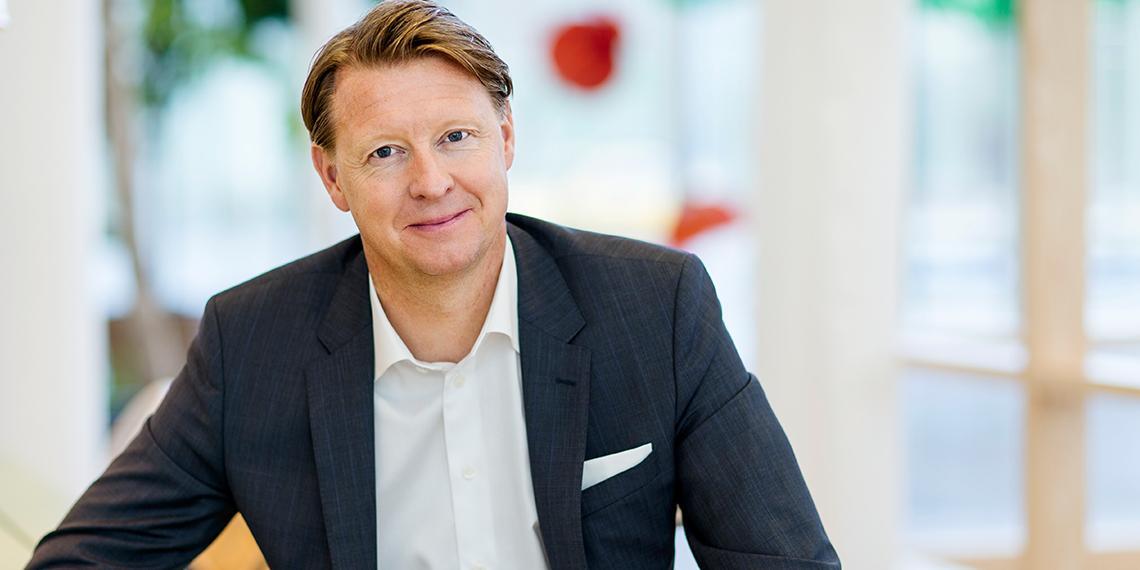 The three areas of Verizon's new structure include: Media and Telematics, Network and Technology, and Customer and Product Operations. In his new role, Vestberg will report to Verizon Chairman and CEO, Lowell McAdam, and will lead an organization responsible for further developing the architecture of Verizon's fiber-optic networks. He will initially be based in Sweden, and is expected to join the US-based team in spring.

"This new structure is designed to accelerate our progress toward delivering the promise of the digital world to customers," said Verizon CEO McAdam. "It will give us greater organizational agility to continue to lead the market with our wireless and fiber services, scale and expand our media and telematics businesses, and maintain the leadership in network reliability and new technology that is a Verizon trademark."

Vestberg stepped down from his role at Ericsson on July 25 last year, after Ericsson released its half-year financial report, revealing a financial drop in sales. The company's shares fell hard on the Stockholm stock exchange after the results were revealed. In response to the crisis, Ericsson introduced an austerity package to get the company back on track.

"I have had 28 fantastic years at Ericsson, the last seven as CEO," said Vestberg after stepping down as CEO. "As the industry enters a next phase, driven by 5G, IoT and Cloud, it is time for a new CEO to step in and continue the work to ensure Ericsson's industry leadership."

Ericsson is now led by Borje Ekholm who has pledged to guide the beleaguered company through what he has labeled a "period of intense change". The Swedish telecoms giant has endured some major setbacks, and was forced to lay off more than 3,000 of its Swedish staff last year.

What's more, the company has been forced to fight off bribery allegations after former executives of Ericsson told the US Securities and Exchange Commission (SEC) that they had engaged in multiple counts of bribery in different regions all over the world in an effort to secure major contracts.

Vestberg's focus now turns to Verizon which is one of the telecom operators at the forefront of 5G technology. The company announced that it will be rolling out "pre-commercial" 5G services to pilot customers in 11 markets across the United States by mid-2017. Vestberg will no doubt draw from his experience at Ericsson, which provides 35 percent of the world's 2G, 3G and 4G mobile network infrastructures.

Network and Technology
Vestberg will lead a US-based team responsible for further developing the architecture for Verizon's fiber-centric networks. Network and Technology will focus on delivering seamless network experiences for customers, whether on Wi-Fi, fiber, 4G, 5G or future technologies.

Verizon's network assets consist of the country's leading 4G LTE network, the largest 5G test-bed in the US, the nation's biggest residential fiber network, a global internet backbone and undersea cable network carrying much of the world's internet traffic, and - with the recent acquisition of XO Communications - fiber assets in 45 of the top 50 markets in the US.

Media and Telematics will focus on integrating, scaling and growing Verizon's portfolio of new businesses in digital media and telematics. Walden will be responsible for quickly scaling these businesses into major contributors to Verizon's future growth.

The combination of AOL with the assets of Yahoo will give Verizon more than 1.3 billion digital media users and generate $7 billion in revenue. Walden's team will be responsible for integrating these businesses and building brand and market share in this growing market.

In addition, Walden will continue to lead Verizon's integration and expansion of its telematics (connected car and fleet management) portfolio. Through acquisitions of Hughes Telematics, Fleetmatics and Telogis, Verizon is already the world's leading telematics provider, with customers in 30 countries around the globe.

Stratton will focus on growing these core businesses, while accelerating Verizon's shift toward a digital-first model. Stratton will also lead operations and sales for the Internet of Things products and services, including smart communities.