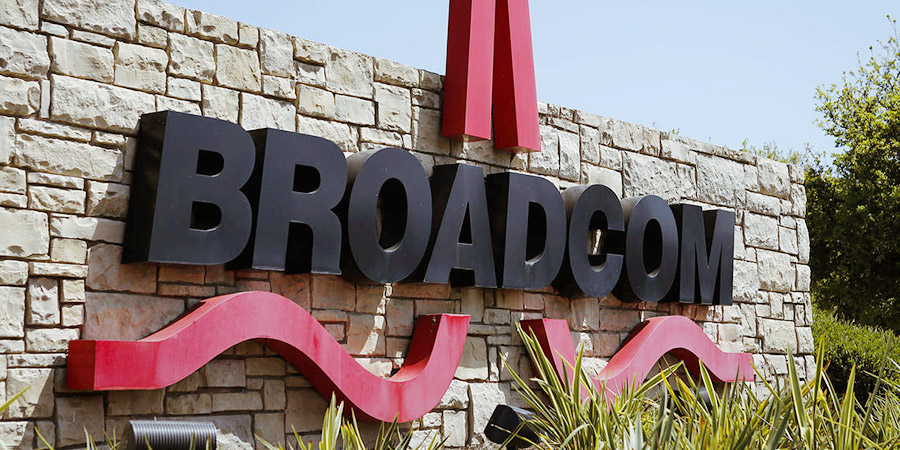 US semiconductor firm Broadcom has proposed to acquire all of the outstanding shares of Qualcomm for per share consideration of $70 in cash - a transaction valued at $130 billion. The proposal was made on Nov. 6, and represents a 28 percent premium over the closing price of Qualcomm common stock on Nov. 2, the last unaffected trading day prior to media speculation of a potential transaction.

The Broadcom proposal stands whether Qualcomm's pending acquisition of NXP is consummated on the currently disclosed terms of $110 per NXP share or the transaction is terminated. The proposed transaction is valued at approximately $130 billion on a pro forma basis, including $25 billion of net debt, giving effect to Qualcomm's pending acquisition of NXP on its currently disclosed terms.

The proposal comes after Qualcomm recently posted discouraging financial results which were negatively impacted by its ongoing dispute with Apple. Qualcomm reported revenues of $5.9 billion for Q4 2017 compared to $6.2 billion in Q4 2016 - a 5 percent drop. Qualcomm has been hit by antitrust fines, such as an $868 million fine imposed by the Korea Fair Trade Commission in the first quarter, and more.

"Our proposal provides Qualcomm stockholders with a substantial and immediate premium in cash for their shares, as well as the opportunity to participate in the upside potential of the combined company," said Hock Tan, President and Chief Executive Officer of Broadcom.

"This complementary transaction will position the combined company as a global communications leader with an impressive portfolio of technologies and products. We would not make this offer if we were not confident that our common global customers would embrace the proposed combination," Tan added.

Qualcomm's cellular business is highly complementary to Broadcom's portfolio, and the combination will create a strong, global company with an impressive portfolio of technologies and products, the company said in a press release.

"Following the combination, Qualcomm will be best positioned to build on its legacy of innovation and invention," said Tan. "Given the common strengths of our businesses and our shared heritage of, and continued focus on, technology innovation, we are confident we can quickly realize the benefits of this compelling transaction for all stakeholders. Importantly, we believe that Qualcomm and Broadcom employees will benefit from substantial opportunities for growth and development as part of a larger company."

Broadcom's proposal was unanimously approved by the Board of Directors of Broadcom. Broadcom said it’s prepared to engage immediately in discussions with Qualcomm to work toward a mutually acceptable definitive agreement and said it’s ready to devote all necessary resources to finalize the necessary documentation on an expeditious basis.

Silver Lake Partners, which has served as a strategic partner to Broadcom in prior transactions, has provided Broadcom with a commitment letter for a $5 billion convertible debt financing in connection with the transaction. Broadcom expects that the proposed transaction would be completed within approximately 12 months following the signing of a definitive agreement.

"Given the complementary nature of our products, we are confident that any regulatory requirements necessary to complete a combination with Qualcomm will be met in a timely manner," Krause added. "We look forward to engaging immediately in discussions with Qualcomm so that we can sign a definitive agreement and complete this transaction expeditiously."