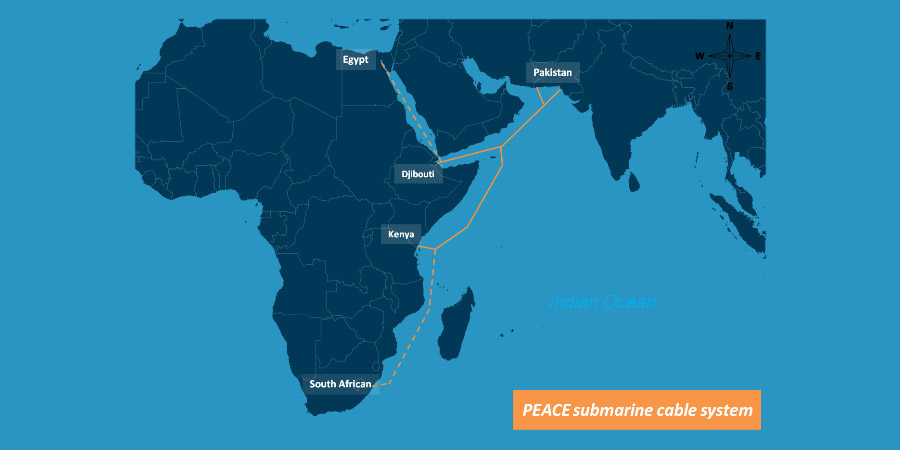 The project has a total length of 13,000 km, and will connect South Asia (Pakistan) and East Africa (Djibouti) and Kenya, with a northern expansion to Egypt and further southern expansion from Kenya to South Africa.

The project will facilitate connectivity from China to Pakistan via existing terrestrial cable networks and create the shortest route from China to Europe via Africa. This network topology substantially reduces existing network lengths by up to 50 percent and when completed, will provide a cost-effective, diverse route for the escalating demand for capacity between Asia, Africa and Europe.

Tropical Science believes Africa's market capacity is more attractive than many other regions as its networks are developing rapidly and the number of internet users in Africa is also growing at an unprecedented rate. The construction of this international information highway will become an important enabler of East Africa's telecommunications as well as its social and economic development in future.

"We are pleased to commence work on this important project to ensure a timely delivery programme," said Mao Shengjiang, COO of Huawei Marine. "Our customer-centric focus and commitment to quality and on-time delivery, is a hallmark of our company values. I would like to thank Tropical Science and our other partners for their trust in Huawei Marine."