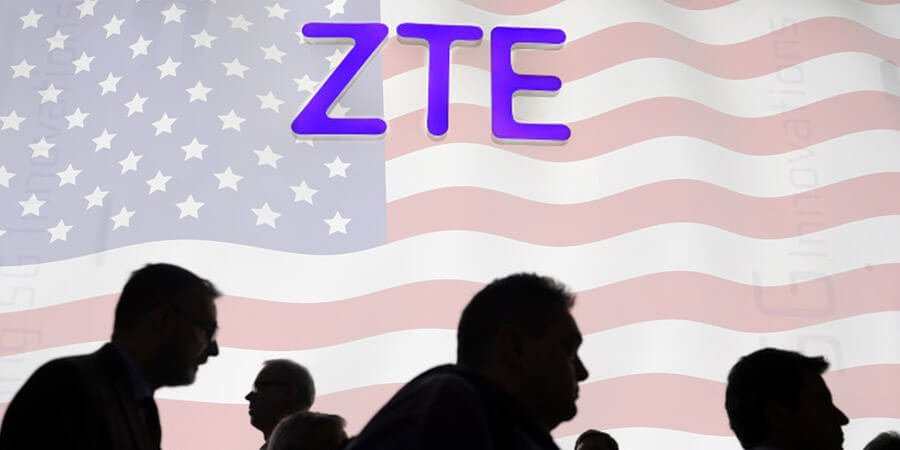 Chinese telecommunications giant ZTE has halted trading of its shares in both the Hong Kong and Shenzhen stock exchanges in response to the ban imposed on the purchase of its sensitive technology by the United States.

ZTE and its domestic rival Huawei have been the subject of intense scrutiny in the United States and have angrily denied suggestions made by the Trump administration that they pose a risk to national security. A number of Republican politicians tabled proposals saying all US governmental departments should be prohibited from purchasing telecoms equipment from either ZTE or Huawei.

Following the ban by the US, China pledged to 'safeguard' its companies if necessary and has now taken the decision to halt trading effective immediately.

Washington has claimed that ZTE has not followed through on pledges it made to punish staff responsible for illegal exports to Iran and North Korea. However, China's Commerce Ministry hit back by highlighting how the company had created tens of thousands of American jobs.

Chairman of ZTE Yin Yimin has formed a crisis team to deal with the ongoing situation and has vowed to exercise everything at his disposal to ensure ZTE can meet the issues head-on. He said, "We are in a complicated international situation", warning that the company faces "twists and turns" abroad.

Following an investigation into the illegal sale of goods to Iran and North Korea, ZTE pleaded guilty in March 2017 to unlawful exports and was hit with $1.2 billion in fines, the largest criminal penalty in US history in an export control case.

But US Commerce Department investigators said it made additional false statements multiple times about having taken action against the employees responsible, when it had not.

In a statement on its website, the Chinese Ministry of Commerce angrily refuted these claims and said, "China has always asked Chinese enterprises to abide by the host country's laws and policies and operate legally and properly in the process of overseas operation."

In addition, the Chinese Ministry of Commerce also stated, "ZTE has launched extensive trade and investment cooperation with hundreds of American businesses, and contributed tens of thousands of jobs to the United States and we're ready to take necessary measures to safeguard the legitimate rights and interests of Chinese enterprises."