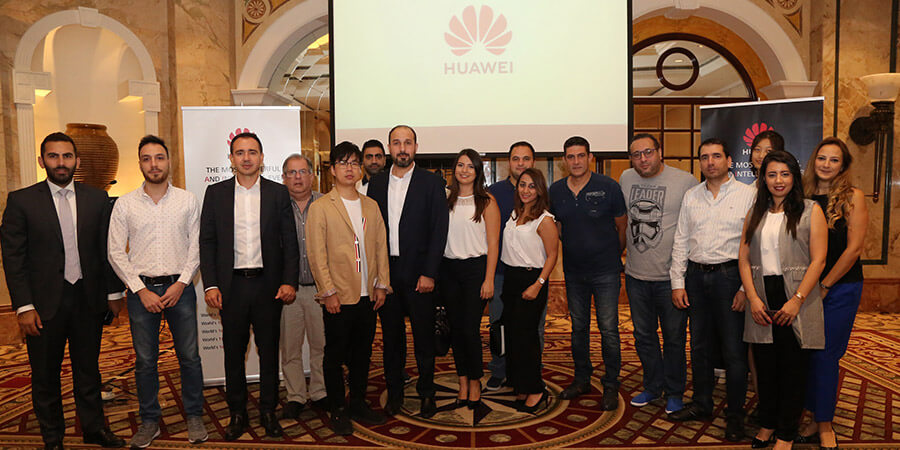 Huawei Consumer Business Group (CBG), the global smartphone giant, gathered tech and business editors in Beirut in a briefing on their newly launched Chipset the Kirin 980. The session was led by a Regional Huawei Kirin 980 expert who shed light on the World's first commercial 7nm SoC that was revealed during the IFA 2018 last month and that is destined to be the heart and brains of the next Mate Series.

The Chipset is also the first SoC to embed Cortex-A76 based cores, which are 75 percent more powerful and 58 percent more efficient compared to their previous generation. The Kirin CPU subsystem uses an intelligent mechanism creating an energy efficiency architecture. This solution therefore enables the Kirin 980 to handle immediate and intensive workloads whilst providing sustained performance and tackling every day activities with extreme power efficiency. Ultimately, the Kirin 980 runs at higher clock speeds compared to the prior generation, and enables quicker app launch times, better multi-tasking and a generally smoother user experience.

The state of the art chipset is also the first SoC in the market to house the new Mali-G76 GPU. The new GPU is capable of running the newest and most intensive games on the market at maximum setting with 46 % greater graphics processing power at 178% improved power efficiency over the previous generation. As the Mali-G76 also consumes less power, a Kirin 980-powered device supports longer gaming sessions compared to devices running on older platforms. The Kirin 980 supports the world's fastest LPDDR4X with the rate up to 2133MHz, 14% faster than the industry average. The Kirin980 is the ultimate engine to power next generation productivity and entertainment applications.

In like manner, the Kirin 980 is packing "Dual-Brain" power, representing a new era of On-Device AI. The Dual NPU Kirin 980 elevates the On-Device AI experience with greater processing power and intelligence. The synergy between the Dual NPU results in an image recognition capability that is greater than any other existing on the market.

The launch of the Kirin 980 represents another step towards an era of truly intelligent smartphones. Whilst smartphone is the symbol of the modern lifestyle, Kirin 980 embodies that better than any existing system on the market. Aside from being the first pioneer in many aspects in the tech industry, it is also specifically tailored to consumers' lifestyles and faced-paced hectic lives. It features enhanced the noise reduction and color reproduction capabilities, as well as better support for multi-camera setups. The Kirin 980 is furthermore optimized to perform across a broad range of complex scenarios and deliver stable, high speed performances even in the busiest areas with the most congested networks.