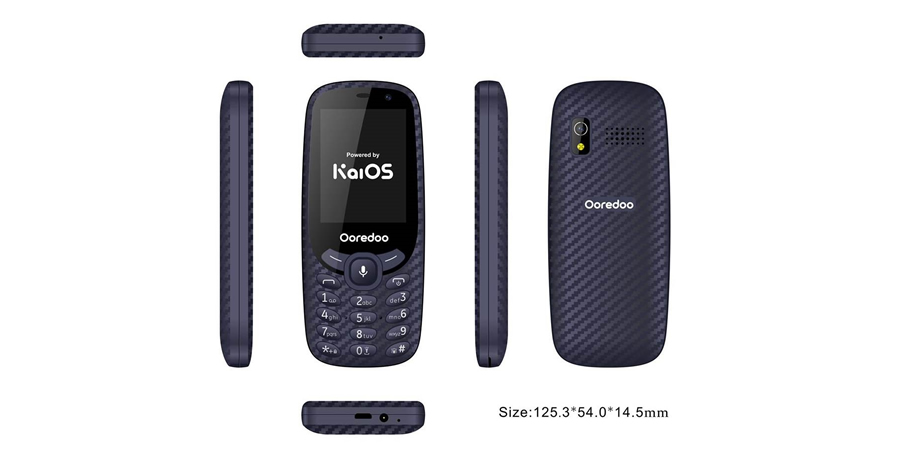 Around 30 million of Ooredoo’s 180 million customers (16%) across 12 countries in the Middle East, North Africa and Southeast Asia still use feature phones with only voice and text capabilities. To help reduce this digital divide, Ooredoo will be making KaiOS’ smart feature phones available to customers in Qatar in Q2 of 2019.

Smart feature phones form a new category of mobile devices that combine the affordability of a feature phone with the essential features of a smartphone, including the following:

Sheikh Saud bin Nasser Al Thani, Group CEO of Ooredoo, said, “Digital inclusion is an important topic for us. This initiative with KaiOS and Google enables us to provide affordable data-enabled handsets to our customers and remove one of the main barriers to mobile internet adoption.”

Sebastien Codeville, CEO of KaiOS Technologies, said, “Our mission is to help close the digital divide by bringing mobile connectivity to the billions of people without internet in emerging markets, as well as providing those in established markets with an alternative to smartphones. Ooredoo has one of the largest customer bases in the world, and together we’re creating affordable devices and data plans that make internet access a reality for many more people.”

More than 80 million KaiOS-powered phones have been shipped to over 100 countries. The operating system is based on open web technologies such as HTML5 and supports 3G and 4G/LTE, as well as Wi-Fi, GPS, and NFC. Devices running on KaiOS require little memory while still offering a rich user experience through access to apps like the Google Assistant, YouTube, Facebook, Google Maps, and Twitter.