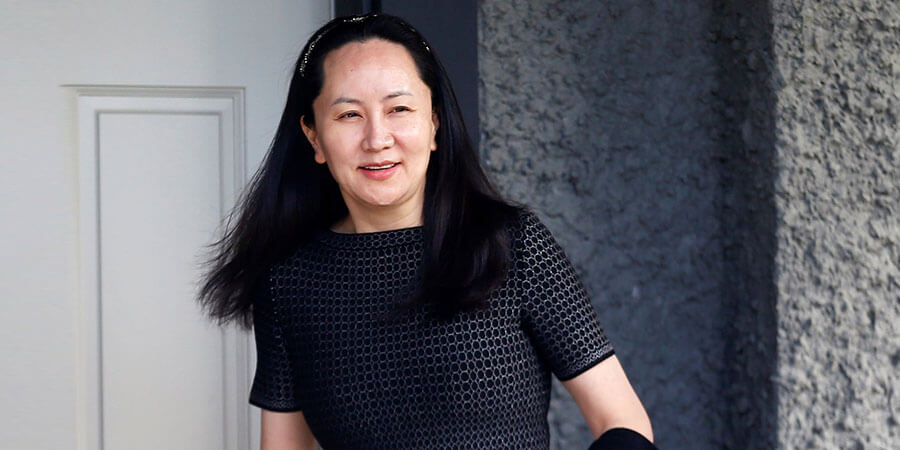 The fifth court hearing for Meng Wanzhou's case took place in Canada on May 8. Huawei issued a statement regarding this hearing in which it reveals three new and important disclosures that the lawyers for Ms. Meng made in court. From the outset, Huawei has expressed confidence in Ms. Meng’s innocence. “We have maintained that her U.S.-ordered arrest was an unlawful abuse of process – one guided by political considerations and tactics, not by the rule of law.”

“First, the criminal case against Ms. Meng is based on allegations that are simply not true.  To the contrary, it was made clear in court today that business activities by Ms. Meng were conducted openly and transparently with full knowledge of banking officials. The lawyers noted in court today that the PowerPoint presented was not misleading, the bank had knowledge of the nature of Skycom's business and operations in Iran, and the bank understood the relationship between Huawei and Skycom. Therefore, no evidence to prove that Meng committed acts of “deceit, dishonesty, or other fraudulent means” or the bank was placed at a risk of deprivation by relying on Meng’s Presentation.

“Second, it was revealed that actions directed in part by the FBI led to serious and repeated violations of Ms. Meng’s rights under the Charter. According to the evidence disclosed by the Department of Justice (DOJ) of Canada, the arrest of Meng at the airport was a coordinated effort of three departments: the Royal Canadian Mounted Police (RCMP), the Canada Border Services Agency (CBSA), and the FBI. The RCMP intentionally delayed the presentation of the arrest warrant in order to carry out unlawful detention and search against Meng under the pretense of a routine border check. Her luggage was searched. Her cellphone and other electronic devices were seized at the direction of the FBI – and she was compelled to reveal her passwords.  More key evidence regarding this case remains in the hands of the RCMP, the CBSA and the DOJ. Ms. Meng will apply to the court, asking the RCMP, CBSA, and DOJ to disclose more evidence on this matter.

“Third, it was revealed that the arrest of Ms. Meng violated a core principle of the Canada - US Extradition Treaty and Canadian extradition law – because the allegation she faces is not a crime in Canada. The US allegations against Meng are based on violations of US sanctions against Iran. However, Canada does not impose sanctions on financial services in relation to Iran. Therefore, the extradition request does not satisfy the double criminality requirement.”

Furthermore, it was stated that political factors at play during the extradition process may lead to a serious violation of justice. Ms. Meng’s legitimate rights may also be harmed.  Thus Ms. Meng intends to apply to this Court for a stay of the extradition proceedings.

“Canadians value the rule of law – and the Charter of Rights. Law enforcement officials are expected to follow the rules at all times, in all cases and for all people – citizens and visitors alike. We have trust in the Canadian judicial process – and we look forward to seeing Ms. Meng’s freedom restored,” lawyers concluded.