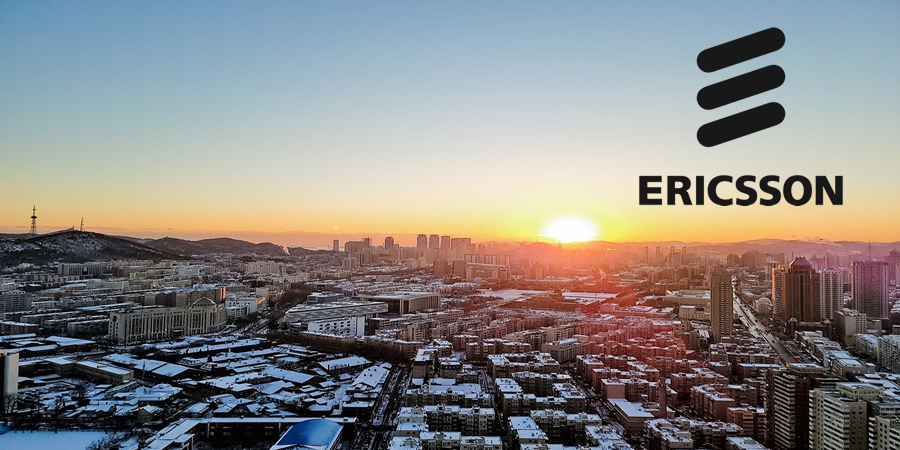 Stockholm-based telecom equipment vendor Ericsson is now walking on a tightrope in China, following the ban of Huawei and ZTE in its home country’s 5G construction business.

According to a local source, Ericsson has received a 5G equipment testing invitation from China’s four major telecom operators namely China Telecom, China Unicorn, China Mobile, and China Broadcasting Network. This could be the last chance for Sweden to take back its decision of excluding Chinese firms in Sweden’s 5G rollout.

Historically speaking, Ericsson has a particularly strong presence in China’s mobile communications. Starting from the early 1890s, Ericsson has begun selling telephones and telephone equipment in China. It has worked with several joint venture companies in China, including Nanjing Ericsson Communication Company Ltd., that launched an inexpensive Chinese-intended mobile phone under the Panda brand. Ericsson has also assisted China in the transition from the existing digital mobile network to third-generation (3G) mobile systems.

Ericsson veteran Per-Olof Björk (P-O) proclaimed that since the mid-1990s, China has been one of Ericsson’s three largest markets. With this in mind, Ericsson’s relationship with China spans more than 125 years.

“I think Ericsson has had a more long-term view of its activities in China than others. We chose early to engage locally and to work close to the market. We have been compliant with the rules and regulations that appear, without deviating from our values ​​or long-term goals. Being extremely present in the local community creates a relationship based on trust and confidence,” said Per-Olof Björk.

The participation of Ericsson in the 5G equipment test does not translate to any assurance of getting selected. In fact, commenting on Huawei's ban and the fate of Ericsson in China, the Chinese Ambassador to Sweden Gui Congyou urged Sweden to stop politicizing Huawei's 5G equipment as this might greatly affect the company’s standing among the Chinese market and its localized consumers.

Industry analysts said that this round of 5G test could be critical to Ericsson's businesses in China since the 5G bidding — which aims to build radio access network (RAN) equipment — accounts for a large proportion of 5G spending (over 75%).

Xiang Ligang, director-general of the Beijing-based Information Consumption Alliance mentioned to a local newspaper that “China has been providing a fair environment for Ericsson’s operations in China despite the Huawei issue.” To be specific, Ericsson and Nokia contribute an estimated value of 15 to 20% to China’s 5G market, as of recent.

Hence, Sweden has to carefully reconsider its China policy in this regard. Otherwise, Ericsson might face a backlash that could hurt its business indefinitely. The warning in the Chinese media is the latest example of Beijing using the dominance of its domestic market to protect its business and foreign-policy interests.

Börje Ekholm, Ericsson CEO, has been actively taking action by meeting Swedish politicians to protest the way the country barred Huawei and seeking law firms to help Huawei fight the ban. According to him, in an increasingly intertwined world, he is just looking after his company’s interests. In China, Ericsson operates a major factory and gets 8% of its sales, versus 1% from Sweden.

The 5G test invitation comes as Swedish authorities used administrative orders deemed to be unfair as they cited security concerns without any factual basis and evidence. The Swedish Post and Telecom Authority (PTS) made the decision upon receiving advice on Huawei’s “extensive intelligence gathering and theft of technology, research and development”.

In a similar context, in May 2019, President Trump issued an executive order that bans the use of telecommunications equipment from foreign firms because of so-called national security risks. Since then, the Huawei-US ban has taken into effect. Being listed under the Entity List, China can do a similar move of restricting Ericsson from operating within its grounds.

In an interview, Congyou revealed that China resolutely objects to the ban on Huawei equipment in Sweden. Thus, the Swedish government was also urged to uphold openness, fairness, and transparency as market principles and correct its mistakes soon to provide a normal and lawful environment for Chinese companies in Sweden.

Since the ban in October, the business environment in China has forced Swedish companies to consider exit strategies, said Jerker Hellstrom, director of the Swedish Center for China Studies and member of the Sweden-China Trade Council.

Pushing for change of events, in a previously sent text message, Ericsson CEO said that “if the ban on Huawei still exists, Ericsson can leave Sweden”. Now, it’s only a matter of time before which comes first — China kicking out Ericsson or the latter abandoning its home base.