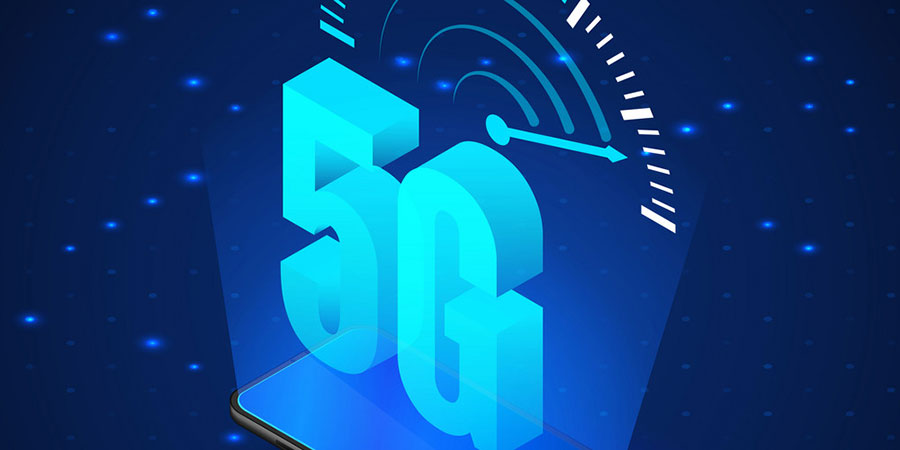 5G, one of the most prominent modern leaps in emerging technology, brings with it the promise of efficiency and real-time services. This highly anticipated 5G wireless network technology is expected to be so powerful that it will enable the mass production of highly anticipated autonomous cars, virtual reality in real time, download speeds which are ten times faster than what we are used to and the list goes on.

5G is set to essentially alter the consumer experience. One of the most obvious perks of 5G will be super-fast internet speeds. With LTE however, customers have experienced areas with poor signal which made it quite difficult for them to stream videos or even access the internet quick enough. Unlike 4G, 5G will fix these issues as it is prepared to deal with a high volume of mobile data traffic, hence offering consumers guaranteed network connection no matter where they will be.

Super-fast internet speeds and ultra-low latency is set to unleash another surge of innovation, the emergence of new players in the market and a potential disruption in the existing value chain thus making the consumer experience more interactive and immersive.

In our on-demand consumer-led society, streaming videos on mobile devices is still quite frustrating as the videos often don’t load fast enough and the resolution is sometimes not the best. With increased pressure being placed on our existing networks, we tend to experience degrading video experiences. The quality of our videos will be compromised as loading is often prioritized.

However, 5G promises more than just slight enhancements, it offers speeds that are a great deal faster than 4G, with lower latency and a hundred times more network capacity, making it more reliable. The low latency aspect that comes with 5G will ensure the eradication of buffering and stalling which would essentially help organizations not only deliver high quality videos, but also high-resolution, real-time live streaming.

The future of mobile video will be hugely impacted by 5G. It is expected that we will begin to see more videos being steamed in UHD formats (4K and 8K videos), thus enriching the consumer experience. In addition to this, social media platforms that place an emphasis on video-focused services such as Snapchat, Instagram and TikTok will experience an upgrade in their functionality.

As mentioned hitherto, the consumer experience is expected to become more interactive and immersive during the reign of 5G network infrastructure. With the rise in emerging technologies such as virtual reality (VR) and augmented reality (AR), entertainment will become more immersive.

For instance, VR could be used to enrich consumer experiences related to gaming or even watching concerts, theatre and sporting events –among others- from the comfort of their own homes. As for AR, there has been a lot of speculation recently around the idea of AR maps which would be an immense upgrade to navigation systems as we know them today.

For AR, the use of artificial intelligence (AI) is fundamental and 5G will undoubtedly enrich this technology.

Current mobile networks are unable to meet the latency and bandwidth requirements to power such technologies but 5G is expected to deliver on these demands.

VR and AR applications still seem to be in their infancy due to the limited computing power and graphics quality which we currently have. Indeed, the amalgamation of edge computing, 5G and cloud will ensure that VR will see a huge improvement. The benefit of 5G networks is that they will make way for the complex processing needed to be done on the cloud edge, or the cloud, which would in turn ensure the optimal computational power needed to drive this demand. In fact, according to a study by PwC titled ‘Media and Entertainment Outlook’, it is expected that within the next five years, VR is set to become one of the fastest growing segments in the entertainment industry.

Esports has evolved immensely over the past few years and it is becoming a more prominent market as we speak. It has been forecasted that the total esports audience will grow to about 645 million by 2022, almost double the amount of consumers in 2018.

Mobile platforms are currently attracting larger audiences of gamers, especially now that most of these platforms are integrated with social networks which has given rise to interactive and social media gaming and the advent of 5G will make this become more of a norm.

Innovations in cloud technology and streaming services have given rise to esports and its popularity.  Indeed, esports and gaming are very latency-sensitive and the level of connectivity that will be brought about by 5G will undoubtedly cause this industry to grow more than ever before.

While smartphones will not be the only factor to drive 5G adoption, it is certainly a very important aspect to consider here. It seems that 5G will obviously improve mobile data consumption, relieving consumers (namely in urban areas) from network congestion. However, as mentioned earlier, 5G will improve streaming, gaming and esports services which means that we can expect a spike in mobile data consumption.

So, what does this all mean for the consumer experience? Change. Consumers will be able to do so much more, with a lot less. 5G will make entertainment a great deal more efficient and will emphasize the on-demand lifestyle that we currently live as a collective society, mainly in the world’s developing and mature markets.