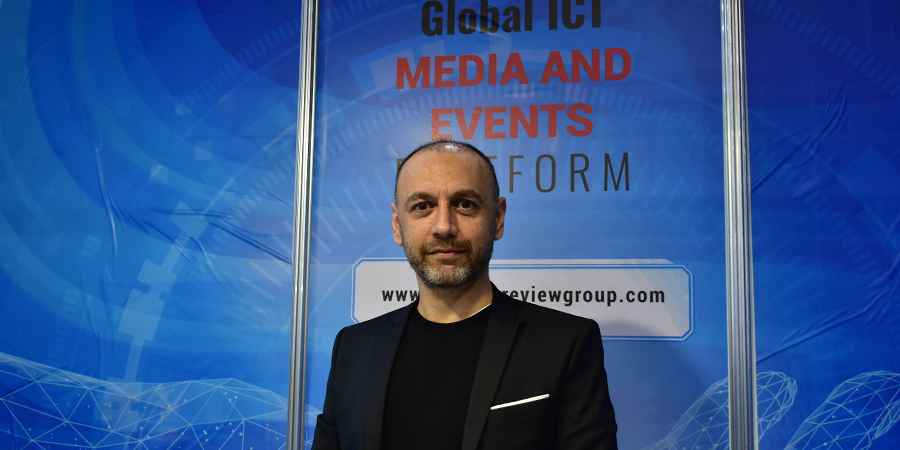 Ned Taleb, CEO of B-YOND talks to Telecom Review about the need for testing and assurance in building future ready networks and the future of AI/ML during MWC22 in Barcelona.

In today's Industry 4.0 era, automation and AI are among the most explored technologies. How could this impact the maturity of these technologies in digital transformation?

The networks are becoming more complex and more open. And the introduction of new vendors is adding a lot of complexity. There is an exponential requirement on automation. We are focusing primarily on testing and assurance. We are applying AI/ML for a classical problem, which is root cause analysis in pre-production and also in anomaly detection in production. We see AI/ML as a must not just to automate certain functions or jobs, but to enable a new business model for the telcos. Telcos are opening up their networks. The network is becoming like a platform. And we believe that telcos and not the vendors should be in charge of their own testing and assurance because what worked in the past, that of relying on one or two vendors, will no longer work going forward.

B-YOND brings the power of automation within the network lifecycle for a telco environment. How would the CI/CD approach particularly keep a 5G network cloud agile and efficient?

Telcos traditionally have been sometimes slow in introducing new services. And normally, the testing cycle for a new technology like 5G, from what we have seen with many carriers, is around 18 months. What we're doing first and foremost is to ensure that we shorten that time-to-market or what we call time-to-revenue. 5G is fuelling a lot of demand for our technology. We have applied this for a variety of services. That can also apply to new technologies today; but 5G in particular, like 5G standalone, will require enhanced testing capacity.

However, the lines between lab-to-live and live-to-lab are getting blurry as some of the testing can happen in the production phase as well. Our vision, continuous testing, continuous assurance or continuous monitoring, is an extension of CI/CD pipeline. However, it is a very important to be automated. A lot of telcos we are seeing they are focusing on automating testing and  less so on automating validation. So, root cause analysis is very important to pinpoint for us. And in the ways networks were built before around one or two OEM like Nokia, Ericsson or Huawei, the telcos relied a lot on the vendors to do their testing. But today with dozens of NFV vendors or ORAN vendors, the operators have to take back charge and only the telco can do very effective root cause analysis. And when you launch that service, in production, it is important to continue assuring that service. We look for anomalies and generate more testing in production as well.

We went to market in March 2020, which was the first month of the pandemic in the Western world. In 2021, we recorded a 3x growth for B-YOND, which was a massive growth. We are now deployed in production or live in labs at the largest telcos in the world like AT&T and Verizon. We are also live at clients like Ooredoo Qatar, which is getting prepared for the World Cup and with satellite companies like OneWeb. We also have dozens clients either in POC or minimum viable products. So, we believe we are going to have multiple announcements this year regarding new clients.

Can you tell us more about the motivation and significance of '#ML-Infused 5G' that B-YOND is promoting as part of your MWC 2022 participation?

As previously mentioned, 5G is an inflection point for us. We see a lot more demands with this technology. There is definitely a race, as an article by Eric Schmidt, the ex-CEO of Google describes how the US is behind China in 5G. So, shortening the cycle of the introduction of 5G is very important and the use of this hashtag helps with this goal. First, we have trained models in machine learning which is very important. We have already pre existing train models. We believe a big part of our success has been the access to data. We have 20+ years of relationships with the tier 1 carriers of the US. We have people in labs on technologies or with consultants, and hence we have definitely a headstart, almost a good two years in terms of training the models.

What exciting trends combining 5G, cloud, and AI do you look forward to in the coming years?

First I would say is ORAN. We are going to find two camps: Telcos that believe in ORAN and that are testing it like Vodafone, Telefonica; and telcos that do not believe as much in ORAN like a Swisscom or KPN. Regardless, from my perspective, a telco today can not avoid the ORAN and its testing is important.

In addition, we have introduced as part of our new solutions company, Reailize  and we've taken the B-YOND product and doing lab-as-a-service or managed labs and doing the full end to end cycle of testing these technologies.

Another trend that I'm looking forward to a lot is the intersection of edge and cloud. There's a lot of testing that's going to happen when you start getting into the edge. Combinations of cloud provider, edge location and what kind of application and telcos, is going to open up a massive need for testing. And there is a 5-6x delta in cost of applications depending on where you place them. We think there's going to be an inflection point here and we are starting to get more involved in testing things at the edge. A great example in application we've seen is in sports. There's a great recent article published by Ericsson which talks about how 5G is enabling telcos to offer sports analytics services. So we are working with our partners and the telcos to offer more services to the sports venues.

Which verticals or sectors do you think will be prominent in the future?

We have seen a few driven by security, some by the need for high availability, low latency applications, but smart manufacturing is definitely one. There's a lot of talks about private networks, but there's a lot of private networks that are either in design, or being engineered, yet very few are live or operational today. However, we're seeing a big demand by smart manufacturing and I am sure there's going to be others also to care about low latency and high availability. Hence the need for testing and assurance is once again very prevalent, because they're not building private networks just for the fun of it but because they want to make sure that these networks are very reliable and provide low latency.