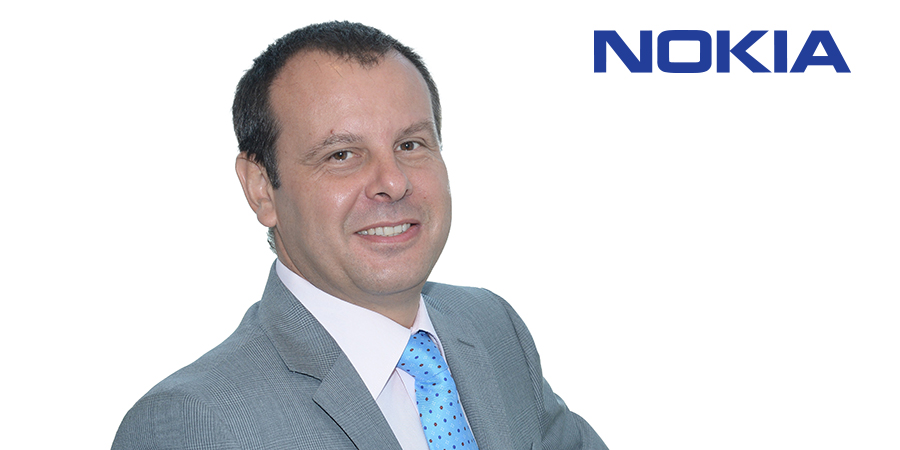 In an exclusive interview with Telecom Review, Stefano Resi, Sales Director, Nokia MEA shared insightful notes on the influence that webscalers have on the telecommunications scene and cited some of Nokia's webscale networking solutions.

As a webscale expert, what’s your view on the impact of the growth of webscalers’ presence on enterprises in the MEA region in the near future?

All over the world, webscalers’ content has entered into the fabric of the society fuelling a sustainable change. They have been the engine of the development of new services, which in turn have supported enterprises to accelerate their efficiency and competitiveness. We have all experienced how these services have helped us, as consumers, employees, entrepreneurs, and citizens during the Covid-19 pandemic.

The MEA region is currently witnessing an unprecedented increase in optical subsea connectivity, which is expected to drive new investments (local and foreign) to develop innovative cloud infrastructures and services in the region, many of which will be tailored to the region, pulling in local IT enterprises.

For a few years now, Nokia has been collaborating with the most prominent hyperscalers in the world and design solutions that are, from blue-print level, tailored for their needs.We announced multiple partnerships with leading public cloud providers such as Google Cloud, Microsoft, and Amazon. This has been leading to the development of solutions and use cases to solve key networking scenarios for businesses worldwide. This collaboration is now naturally evolving into partnership to pursue their successes in the different networking domains.

The second major area of cooperation is in the domain of the IP-Routing (internet and DC gateways, peering, edge routing, etc.) where Nokia just released its fifth generation in-house silicon (FP5). These products have quickly become renowned in the industry for their Silicon-embedded security, programmability and energy efficiency. Most importantly, all the above features do not compromise on throughput!

Fourth, Nokia is one of the few companies in the world that can successfully deploy submarine cables.

Further, all the above is complemented with a rich set of automation software that allows a simple and powerful control over the entire network, inside and outside the data center.

Aside from the technical solutions, the real key for Nokia’s successes in this region is the wider presence in a vast majority of MEA countries, which provides our customers the confidence that we are the right partner to support their projects in any country.

What is the relationship and growth outlook between telcos and webscalers in terms of delivering reliable connectivity and diverse content?

This is a very interesting question. I’m old enough to remember the times, not so long ago actually, where webscalers were called “OTT” (Over-The-Top players). Many telcos perceived “OTT” players as entities that were capable of highly monetizing their networks without putting any investment, or effort in their build. At that time webscalers were very much focused on developing “content” (and powerful datacenters) that didn’t fully appreciate the importance of networks to connect their services efficiently to millions of users. Relationship was generally not at its best.

A fruitful dialog, in my view, started when two main technology shifts kicked-in:

As often happens in human relations, what started as a difficult relationship is now turning into a fruitful partnership. And this partnership has all the potentials to trigger a long-lasting positive change affecting all sectors of economy.

How can new connectivity and content methods like webscale networking transform the emerging digital economies within the MEA region?

The new, massive, affordable connectivity and cloud-content arriving in MEA will boost education, competence, and access to worldwide information, particularly in the younger and creative minds. The opening of a major research center by Google in Kenya is one important piece of this picture.

New competences will produce a generation of entrepreneurs from MEA, competing on par with their peers in other parts of the world in producing games, automation, e-commerce, operations and business software, etc. Entrepreneurs will propel a transition into “digital economies” when many of these innovations will find their way into the industry, finance, agriculture and mining, and this is how it will pervade the entire economic fabric of the MEA countries.

The first enabler and cornerstone of this path will be the arrival of massive new subsea connectivity (Equiano cable, 2-Africa, etc.) in the next three years. It will drive new investments in modernizing all networking domains, and from here create an “avalanche effect”.

What strategies could be expected from major telcos and webscalers to adapt to digital demands in society?

In my view, the first and foremost strategic direction is to create solid partnerships between local telcos and international webscalers. Telcos have a very good knowledge of their end customers’ needs and desires. They also possess the very infrastructure that allows webscalers to reach users, hence the perceived quality of their content depends on it. Webscalers provide the services and content that are currently the prime reason why customers would be ready to pay a premium for a better connectivity.

Zooming into the networking aspects, MEA players will have to implement strategies in the following three directions:

Governments are also playing a key role in this transition by implementing modern legal frameworks, assuring the necessary security blanket to their users.