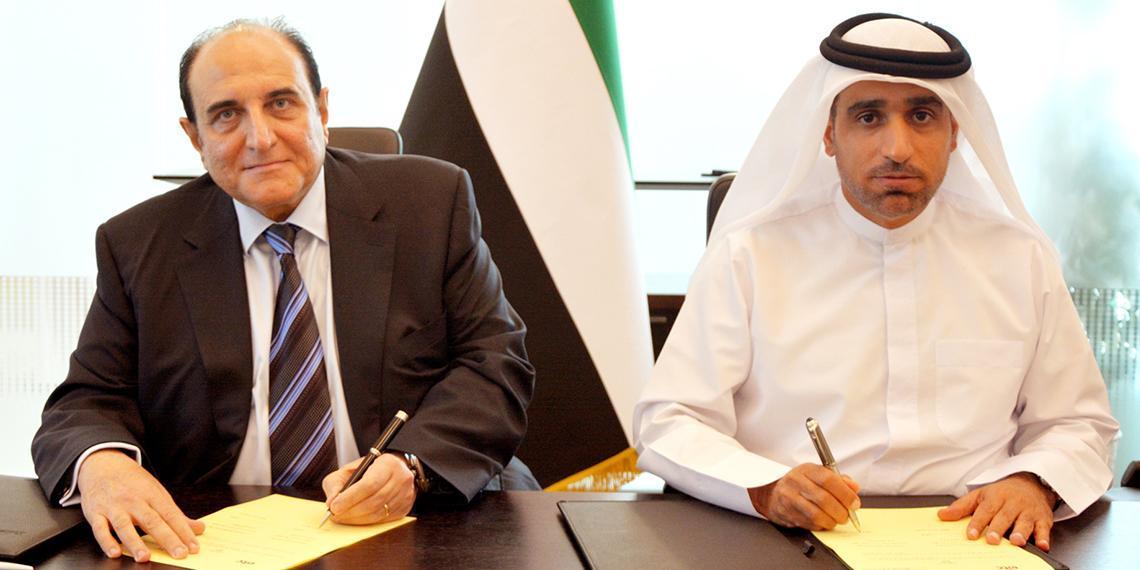 The Telecommunications Regulatory Authority (TRA) signed a new strategic partnerships agreement with a number of institutions and organizations in the UAE. It signed a partnership agreement with "Etisalat" and "du" at its headquarter in Abu Dhabi in the presence of representatives of the two companies. The agreement is part of the TRA's plan of action aimed at achieving the objectives of the UAE National Vision 2021, to raise the country's ranking among the top 10 countries in the "National Readiness Index" (NRI) in the World Information Technology Report.

TRA reviewed with the two companies' ways of cooperation and intensifying efforts to achieve the objectives of the NRI, to raise the UAE's position and reach the ranks of the best-developed nations in the world during the next five years. The meeting dealt with how to consolidate the country's leadership in global indicators. The TRA works with the two parties in several sub-indicators that contribute to the development of the Information Communication Technology (ICT) services in the country, thus affecting the country's global ranking, including fixed broadband internet services and increasing the internet bandwidth for each user.

H.E. Hamad Obaid Al Mansoori, TRA Director General, said: "Etisalat and du are the leading providers of telecommunications services and an important part of the country's ICT provisioning system. The partnerships with the TRA are part of the strategic direction that we are seeking to establish, which contributes to the support of the road map we have set in order to reach the top 10 in the NRI."

The Global Information Technology Report, published by the "World Economic Forum", is based on reliable data from the best global organizations such as the International Telecommunication Union (ITU), the World Bank and the United Nations. The report ranked the UAE in 2015 23rd among 143 countries. The NRI measures the economy's ability to use ICT to increase competitiveness and development.

The NRI consists of 10 key indicators, with 53 sub-indices divided into two, the 27 quantitative indicators and the 26 qualitative indicators, which measure the network readiness of countries. This indicator is a measure of the willingness of countries to use ICT in four areas: the political and regulatory framework, the business and innovation. The availability and cost of ICT infrastructure, the availability of skills to ensure optimal use, and the extent to which individuals, companies and governments are ready to use and benefit from this technology, and the economic and social implications.

It is worth mentioning that the TRA works according to an integrated and clear plan. Since last year, it has launched a number of initiatives that fall within the vision of the TRA and its strategic objectives in order to improve the ranking of the country in the NRI (quantitative indicators). This ranking is influenced by other factors such as polls, which account for half of the index's results.