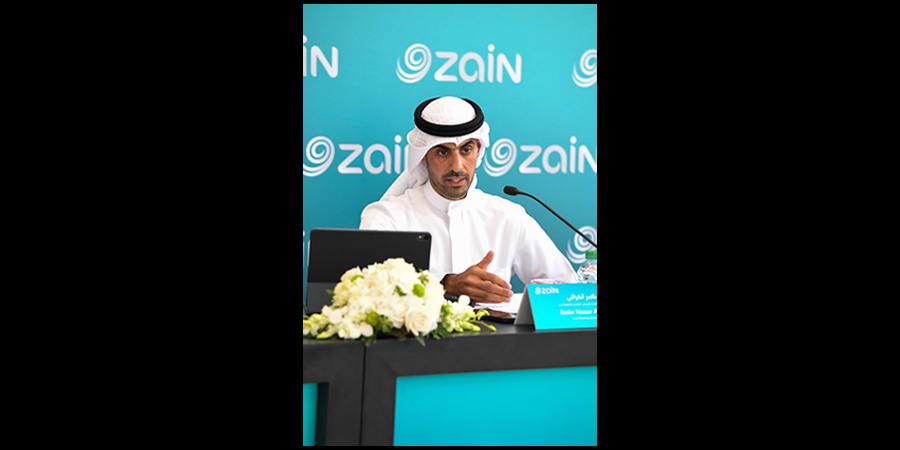 Zain Group held an extraordinary general assembly that witnessed the required Assembly’s approval of the board of directors' recommendation to distribute interim dividends quarterly or on a semi-annual basis. The meeting also approved the addition of several articles and amendments in Zain's Memorandum and Articles of Association.

The approved articles and amendments are subject to official approvals from supervisory and regulatory authorities in Kuwait, as well as an approval from shareholders in a future Ordinary General Assembly.

In the presence of a quorum of 77.99% of shareholders, the extraordinary general meeting agreed among many other items, to add a new article, ‘Article 62’ to Zain’s Articles of Association, permitting the company to distribute interim dividends on a quarterly or semi-annual basis.

Article 62 stipulates that, “The company may, based on the proposal of the Board of Directors and the approval of the Ordinary General Assembly, distribute interim dividends at half yearly or quarterly periods, and for the validity of this distribution, it is required that they be real profits in accordance with generally accepted accounting principles, provided the distribution does not affect paid-up capital. The Ordinary General Assembly may authorize the Board of Directors, in a manner which does not prejudice the company’s paid-up capital, to distribute the interim profits as mentioned above.”

It is worth noting that Zain’s Ordinary General Assembly held in 2019 adopted the policy of distributing annual dividends at a value of 33 fils per share as a minimum, for a period of three years, commencing in 2019, in a move described as unprecedented at the time.

The development in 2019 reflected the financial strength and outlook enjoyed by Zain Group and its operations as the telecom operator transforms to become an ICT digital services provider. Zain continues to adopt an ambitious growth strategy across its footprint as it aims to go beyond the provision of traditional telecommunications services to diversify revenue sources and create shareholder wealth.

Bader Al-Kharafi, vice-chairman and CEO of Zain Group said, "Zain has a loyal and solid base of shareholders, which has provided support faithfully throughout the course of the Group's historic achievements in the regional telecom space. We are pleased to obtain the approval of the extraordinary general assembly to distribute interim dividends quarterly or semi-annually, as this demonstrates Zain's ability to fulfill its commitments and provide greater confidence about its business growth plans and strategy to investors.”

Al-Kharafi concluded, “The amendments and new provisions to the company's articles will help the Group in its ‘4Sight’ growth strategy, providing the Board of Directors and executive management greater flexibility, while we focus on digital innovation and seek new lucrative opportunities in the ICT arena across the region and beyond.”

The decisions taken by the extraordinary general assembly comply with global best practices in financial markets, and with the ongoing development and modernization of Boursa Kuwait.

Moreover, the amendments and new provisions of the Articles of Association are in conformity with the provisions of the Kuwait Commercial Companies Law and aligned with the rules and guidelines of the regulatory bodies and authorities, all aimed to protect and enhance shareholder value.

In its meeting, the general assembly also approved Article 34 that “Applies to the quorum that must be available for the validity of the General Assembly’s convening in its various capacities, and to the majority necessary to take decisions. The assembly may be attended by using modern communications means of communication for each of the shareholders through their agents, representatives of the relevant regulatory authorities, auditors and any party that is required to attend.”

Furthermore, the general assembly approved amendments to Article 5 extending the varied and multiple business objectives from nine to twenty-one objectives for which the company was established inside and outside Kuwait.  The Assembly’s approved amendments also considered developments in technology and digital transformations being undertaken by commercial and financial entities across various sectors.

As a recap, earlier this year Zain’s Ordinary General Assembly was held electronically on March 17, and it approved the Board of Directors’ recommendation to distribute cash dividends of 33 fils per share, for the fiscal year ending December 31, 2020, which represented the second year of the dividend policy.