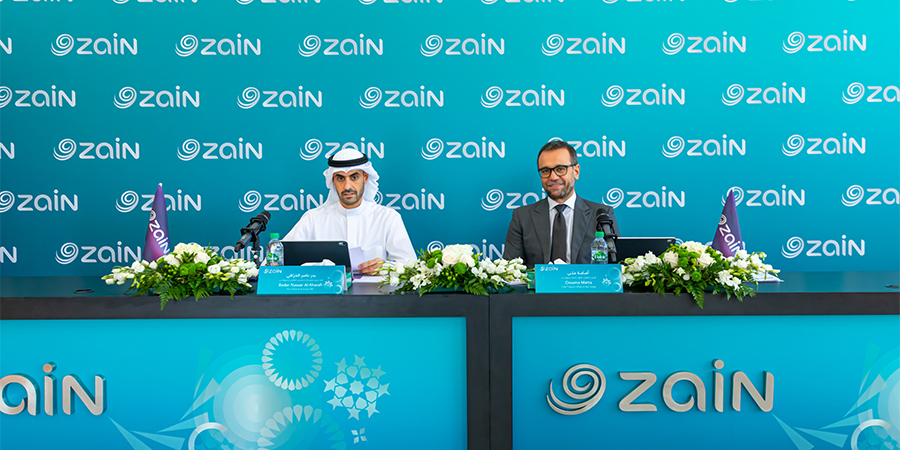 Zain Group’s Ordinary General Assembly met in Kuwait and approved the recommendation of the Board of Directors to distribute semi-annual cash dividends of 10 fils per share, for the first half of the current fiscal year.

These cash dividends form part of the company’s commitment to distribute annual dividends of a minimum 33 fils per share annually that commenced in 2019, in a move described as unprecedented at the time.

The Ordinary General Assembly was held electronically with an attendance rate of 66.4%, approved cash distributions of 10 fils per share to shareholders registered in the company’s shareholder records as at Wednesday, October 27, with the distribution to eligible shareholders commencing Tuesday, November 2.

Today’s approval by the Ordinary General Assembly represents a cash dividend distribution of KD 43 million (US$150 million) and signifies Zain as the first listed company in Boursa Kuwait’s ‘Premier’ market to pay out semi-annual cash dividends.

Zain vice-chairman and Group CEO, Bader Al-Kharafi said, "The dividend policy decision is one of the most important taken by the company's Board. This step gave a clear indication to the strength of our financial solvency, and the company's ability to execute on its strategic investment and financial plans. Moreover, Zain’s FinTech aspirations are aimed at obtaining a digital banking license and be the first Telco-led challenger bank across the Middle East.”

Al-Kharafi continued, "This step also highlights executive management's growth strategy of modernization and seeking new lucrative verticals especially in the digital services sector, which has seen Zain establishing structures to support the startup ecosystem and entrepreneurs to enter markets across the region and beyond. These opportune investments will ensure Zain achieves healthy cash flows and sustainable returns for shareholders."

Zain views the opportunities presented by the digital economy in the Middle East as brimming with potential, as digital capabilities offer greater levels of innovation and direct positive impact on economic and social development.

"One area we are keen on fostering are innovations in the Fintech space and becoming a telco led challenger bank, given the success and exponential growth we have had to date with ‘Tamam’ in Saudi Arabia and ‘Zain Cash’ in Iraq and Jordan. Notably, Tamam was the first entity in region to be licensed by a regulator -the Saudi Central Bank (SAMA) to offer consumer micro-loans via a digital mobile app, with Zain Cash leading the Fintech revolution in Iraq and Jordan. Notably, Zain Jordan recently received approvals to offer credit solutions,” commented Al Kharafi.

Recently, Zain Group announced the creation of Zain Ventures, formalizing Zain’s startup investments under a single entity. At the same time Zain announced the closing of investments and signing a Memorandum of Understanding (MoU) with two promising startups ‘Pipe’, a US based Fintech that is the world's first trading platform for recurring revenues and ‘Swvl’, a Middle East originated entity that is transforming the US$1 trillion global mass transit market. Zain will support their growth across its’s regional footprint and beyond.

Furthermore, Al-Kharafi noted that Zain has achieved strong growth in the B2B sector that serve enterprises and government entities, given the huge investments it has made in data center infrastructure, cloud hosting, and cybersecurity, including the recent launch of several new entities across its footprint.

Al-Kharafi concluded, "Markets in the region now enjoy a greater appetite for digital services, as transformation projects in areas including health, education, financial services, artificial intelligence and public governance gain pace. Telcos are witnessing the creation of new investment opportunities in smart cities, cloud computing and the Internet of Things as a result of the rise in digitization.”

Despite the challenging conditions wrought by the Covid-19 pandemic, Zain showcased its resilience as it focused on improving the synergies between its operations, while taking advantage of its expansive geographical footprint. Zain also invested in the further development of its digital channels and supply chain, benefiting from a surge in the demand for broadband services, supported by its investments in fiber-optics, and the development of 4G and 5G networks.