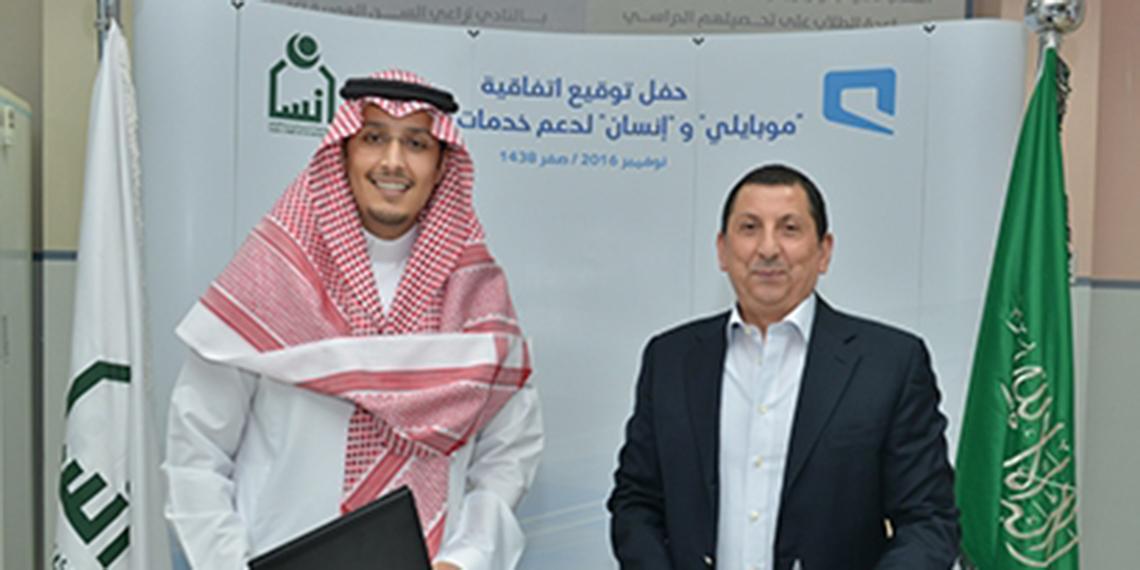 Mobily, hereunder, will launch awareness and marketing campaigns to urge its customers to donate for the Organization on the allocated number (5055) , where customers can donate 12 SR monthly by sending number (1) SMS to (5055), or by sending blank SMS to same number to donate for one time only.

His Royal Highness, Prince Ahmad Bin Fahad Bin Salman Bin Abdulaziz, said that this partnership comes out Mobily nationalism to support society classes in many fields, and its pioneer role in participating in the social responsibility and its keen to be one of the best company in it. He explained that this partnership reflects the orientation of the Organization and Mobily to support and activate the ambitious national vision, and to achieve integration between private and charity sector to serve the society.

At the end, His Highness expressed his gratitude and appreciation to Mobily for its constructive initiative to serve orphans, wishing Mobily a continuous success. From his side. Mr. Ahmad Farroukh, expressed his pleasure in singing the agreement to strengthen the cooperation between Mobily and (Ensan). He confirmed that the company pays much attention to its social responsibilities; and runs no efforts in supporting notable charities in the society like Ensan.

It is worth mentioning that this agreement comes out of Mobily attention to facilitate all its technical and technology capabilities to support social responsibility programs, whereas the cooperation between Ensan and Mobily extends for years.