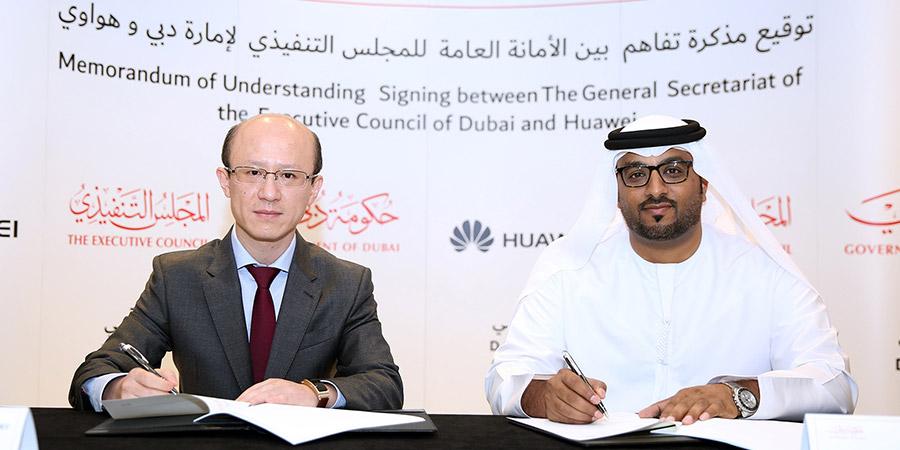 The Executive Council of Dubai and Huawei Consumer Business Group announced a partnership that will see it include Dubai Font on its mobile operating systems as one of its standard pre-loaded fonts. The font will be automatically available on the upcoming Huawei flagship smartphone starting with the Middle East and Africa later this year, and in the rest of the world as of next year. Designed to reflect the modernity and culture of innovation that exists within Dubai, the signing is the latest move in a series of steps that has seen it cement its position as a global cultural hub.

Commenting on the signing, His Excellency Abdullah Al Shaibani, Secretary General of the Executive Council of Dubai, said: "This signing solidifies Dubai's position as a forward-thinking city that is consistently on the cusp of innovation. Dubai Font is a new tool for self-expression and communication in the region and around the world, and we are confident that this agreement will leave its mark on the world. Huawei has a good reputation and future, and this seemed a natural fit for us moving forward."

"Dubai's digital imprint on the world is already significant, but Dubai Font only serves to reinforce this. Led by an ambitious leadership that refuses to rest on its laurels, Dubai Font is one of the latest in a number of innovations that has seen us set the global digital agenda. This font sets itself apart from other fonts because it was designed based on the core principles that have turned Dubai into a remarkable symbol of success and tolerance - principles that, through this partnership, we are working to introduce to the rest of the world."

For his part, Mr. Al Mahri said: "Dubai Font is not just a digital medium for expression, but it also combines the past with the present - our traditions with our thirst for innovation. This partnership will allow individuals from all over the world to express themselves, which was one of our key aims when we set out to create the font."

The font is available to more than 100 million users of Microsoft Office 365 around the world, and is the first font to be created by a city and named after it. It could also be downloaded through the Dubai Font website for other usages and operating systems. Designed for more than 180 countries and 23 languages integrating Arabic and Latin typefaces, Dubai Font, will soon expand over the next phase to include more languages.

Huawei Consumer Business Group (CBG), one of Huawei's three business groups, is committed to becoming a signature culture and technology brand among consumers worldwide. According to market research statistics from prominent agencies such as IDC, SA and TransForce, Huawei ranked the third in terms of market share in the global smartphone market in Q1 2017, and number one in China.

Huawei's brand value is also recognized by multiple authoritative global agencies. As per the Fortune 500 ranking announced on July 20th, Huawei ascended the list to the 83rd place from the 129th of last year, with revenue of $78.51 billion, making the top global 100. On the same note, Huawei has also ranked number 49 in the 2017 BrandZ Top 100 Most Valuable Global Brands list and number 40 on the Brand Finance 2017 Global 500 list of the top most valuable brands in the world.