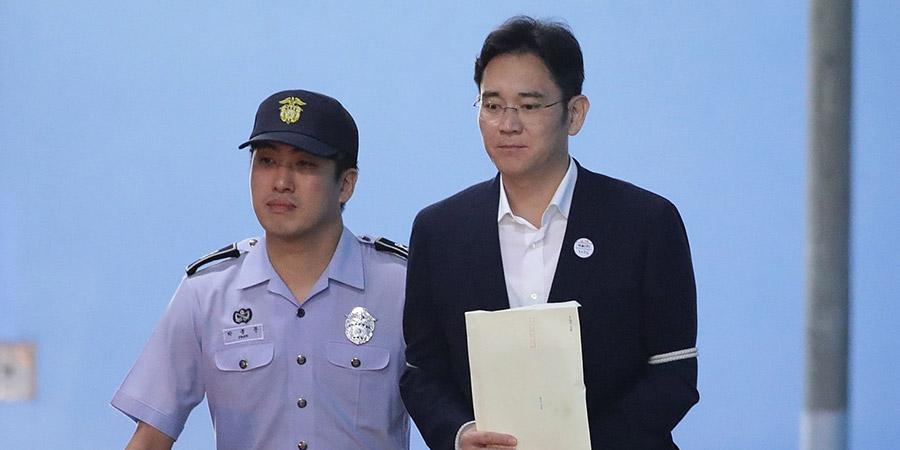 South Korean conglomerate Samsung has been rocked following the decision by Seoul Central District Court to sentence its leader to five years in jail for bribery. Billionaire, Jay Y. Lee, was the head of Samsung Group but his career is now in turmoil as it faces up to the prospect of spending the next five years in prison.

The ruling by the court in South Korea brings to an end a six-month scandal that shocked the nation - the revelations of bribery and corruption that was uncovered also forced the then President Park Geun-hye to stepdown. The decision by the judiciary is seen as a ‘watershed' moment in South Korean affairs, and ends the decade long economic order which was dominated by family-run conglomerates.

It emerged that a court found Lee guilty of paying bribes in anticipation of favors from the South Korean president. In addition to this, the court also found Lee guilty on charges of concealing assets overseas, embezzlement and perjury.

The head of Samsung is the heir to one of the world's biggest corporate empires - and the 49-year-old has been in custody since February following allegations that he bribed Park in order to help him secure control of a conglomerate that owns Samsung Electronics, which is the world's largest smartphone manufacturer and chipmaker.

The judge who passed down sentence on Lee said that as the group's heir apparent it was obvious who stood to benefit from any ‘political favors' for Samsung. However, Lee has vehemently denied any wrongdoing since the outset, and maintains his innocence. A representative of Lee's legal team, Song Wu-cheol confirmed they would appeal the decision and said the guilty verdict is ‘unacceptable. He said, "The entire guilty verdict is unacceptable, we're confident that our client's innocence will be affirmed by a higher court."

It has emerged that the case is expected to be appealed all the way up to the Supreme Court - and the appeal is likely to take place next year. Legal commentators have claimed that the sentence is quite severe and is one of the longest ever given to a prominent South Korean businessman, adding that the decision was a landmark ruling for family-run conglomerates that are revered in the country for transforming the war-torn country into a global economic superpower.

However, recently the family-run conglomerates have drawn criticism for stifling start-ups and being responsible for the economy to stall and stagnate. Samsung was seen as a shining example of the country's rise from poverty during the Korean War which lasted from 1950-1953. In recent times though, the South Korean colossus has epitomized the sometimes ‘corrupt' ties that exist between politicians and the chaebols.