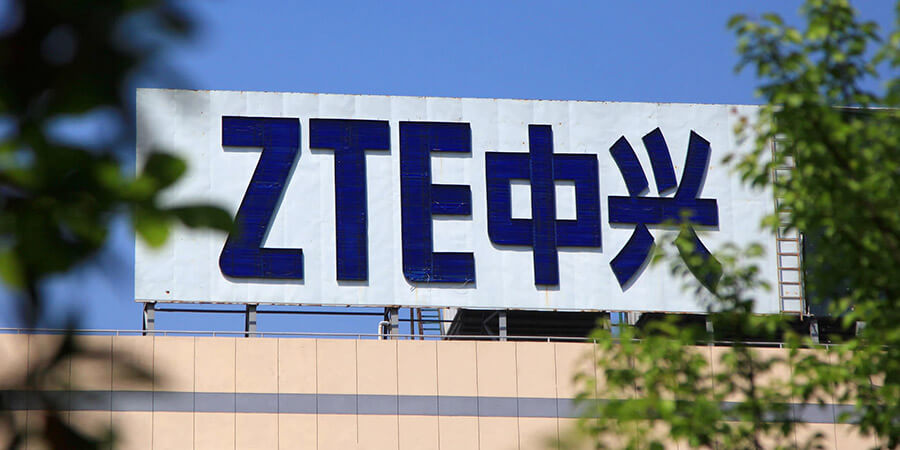 US President Donald Trump said he was working with his Chinese counterpart Xi Jinping to prevent telecom giant ZTE from going out of business after it was hit by an American technology sales ban.

Writing on Twitter, Trump said he had issued instructions for officials to come up with a rescue plan, saying too many jobs were at risk. "President Xi of China, and I, are working together to give massive Chinese phone company, ZTE, a way to get back into business, fast," Trump said. "Too many jobs in China lost. Commerce Department has been instructed to get it done!"

The concern for Chinese workers comes despite Trump's slogan to "Make America Great Again" and his repeated vows to bring back US jobs, which he complains have been lost to other countries, particularly China.

ZTE, which employs 80,000 people, said last week that its major operations had "ceased" after being banned for seven years from buying critical American technology, raising the possibility of its collapse. Its fiber-optic networks depend on US components and its cheap smartphones sold en masse abroad are powered by US chips and the Android operating system.

Trade war fear
US officials imposed the ban because of what they said were false statements by the firm over action it claimed to have taken regarding the illegal sale of goods to Iran and North Korea. ZTE pleaded guilty to the charges in March last year and was hit with $1.2 billion in fines.

Trump has insisted that relations between Washington and Beijing have never been better and he has been working closely with Xi in efforts to persuade North Korea to abandon its nuclear program.

At the same time, threats of mutual tariffs have sparked fears of a trade war, after Trump accused China of unfair practices that have cost American jobs.

The Washington Post reported that the White House and senior Chinese officials are discussing a deal that would relax the severe penalties on ZTE, in exchange for unspecified demands from Trump.

Citing people briefed on the discussions, the Post said ZTE has become a bargaining chip as Washington seeks trade-related concessions while pushing for cooperation on sanctions against North Korea and Iran.

"Our intelligence agencies have warned that ZTE technology and phones pose a major cyber security threat," said Adam Schiff, who is the senior Democratic Congressman on the House Intelligence Committee.

The US president earlier this year cited security concerns when he took the unusual step of blocking the proposed takeover, by a firm then-based in Singapore, of US chipmaker Qualcomm. That case highlighted growing concerns about the rise of Chinese competitors.

"China and the United States are working well together on trade," Trump said on Sunday. "But past negotiations have been so one sided in favor of China, for so many years, that it is hard for them to make a deal that benefits both countries," he tweeted. "But be cool, it will all work out!"