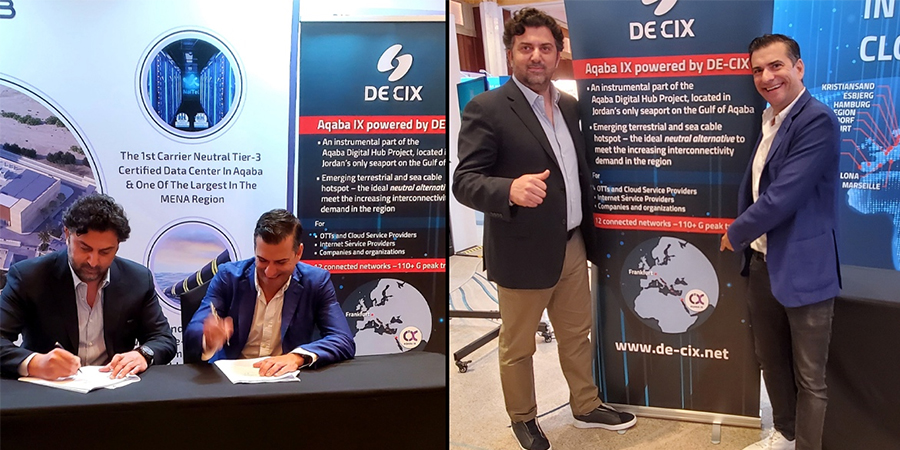 DE-CIX, the world’s leading interconnection platform operator, and Aqaba Digital Hub, a landmark project that taps into the growing demand for modern digital transformation in Jordan and the MENA region, announced a strategic partnership for the future operations of AqabaIX powered by DE-CIX.

The existing AqabaIX infrastructure, with 13 networks connected and over 100 Gbps of peak traffic, will be upgraded to the award-winning DE-CIX Apollon interconnection infrastructure and operated by DE-CIX under the DE-CIX as a Service (DaaS) model. Technical implementation of the upgrade is planned for the end of 2022. The new interconnection platform will serve as a new option for data flows between Asia, the Middle East, and Europe and as a hub for regional connectivity.

“As a new corridor between Asia, the Middle East, and Europe as well as the enabler of regional connectivity between Jordan and its neighboring countries, AqabaIX represents a truly neutral crossroads for international data traffic. Jordan is home to an exciting tech scene, and its economic stability offers a secure investment environment for companies interested in the region,” comments Marco Brandstaetter, regional director, Middle East and India at DE-CIX. “At DE-CIX, we are proud to be supporting local and regional interconnection in this way and enabling the already strong digital economy of Jordan to further prosper through high-quality interconnection services.” 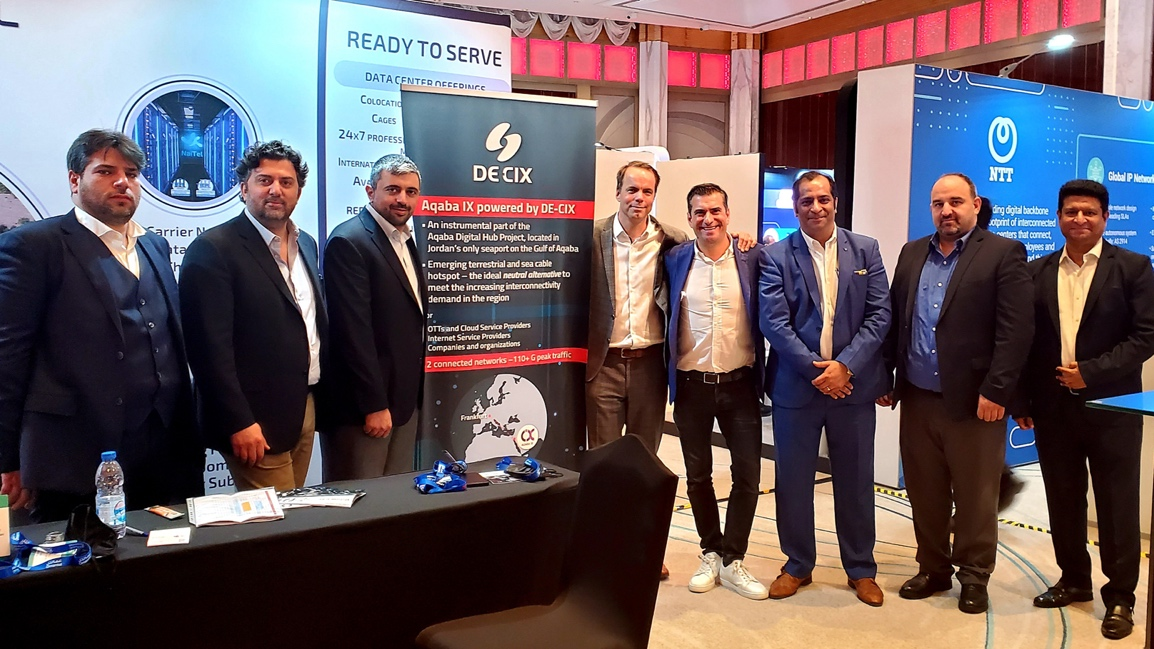 An educational hub for the ICT sector and contributor to around 75% of Arabic content on the internet, Jordan is a neutral and stable economic center with an active tech and startup scene. Located on the Gulf of Aqaba, an arm of the Red Sea, AqabaIX is strategically situated at the crossroads between multiple Middle Eastern countries and is also home to a landing station for submarine cable systems.

Commenting on the new partnership with DE-CIX, Eyad Abu Khorma, founder and CEO of Aqaba Digital Hub, said, “We are proud to announce our newly formed partnership with DE-CIX, the world’s leading provider of carrier and data center interconnection services. This monumental partnership will aim to deliver an astounding service from high-performance data exchange between participating networks – all to serve ISPs, CDNs, content networks, cloud networks, and enterprise networks. Not only will it lower the latency of data traffic but it will also improve the performance of cloud-based resources and applications.”

DE-CIX, home to the largest neutral interconnection ecosystem in the world, celebrates its 10th anniversary of being active in the region this year. AqabaIX itself is the 9th internet exchange announced under the DaaS model, joining such success stories as the UAE-IX powered by DE-CIX in Dubai (launched in 2012).